Can we control the color of a RGB LED without any wire?

Can we control the color of a RGB LED without any wire? 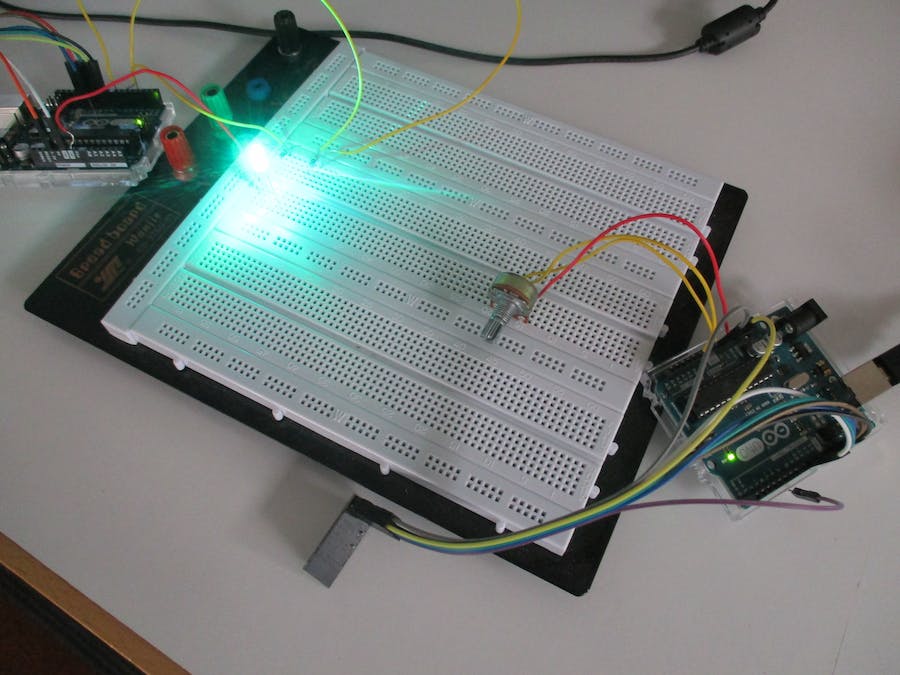 In a few words:

Can we control the color of a RGB LED without any wire? It could be great if we could change the color from a remote device according to our mood or even our favorite football team (it’s EURO 2016, you know).

We are a group of 1st year students at CentraleSupélec Rennes. This work is part of a short-term project we must achieve using our knowledge in electronics, signal processing and so on. The final goal of the project is to make something similar to the really cool “Romance Pants” project https://vimeo.com/45152498

There were several steps in our project. First, we had to play with Arduino boards as it was our first experience with it. Then, run an example with the wireless chips. In “Romance Pants”, there is a zipper which is a bit complicated to build. In a few words, this is only a potentiometer with some resistors attached to its pins:

Therefore, for our first demonstration, we replaced the zipper by a classic potentiometer. For the target device, we use a simple RGB LED. Why? Because it is easier to implement than volume controls as you can see in “Romance Pants”.

At the end of this tutorial, you’ll have a cool RGB LED which can be controlled 10m away at least!

Here is a video of our result: 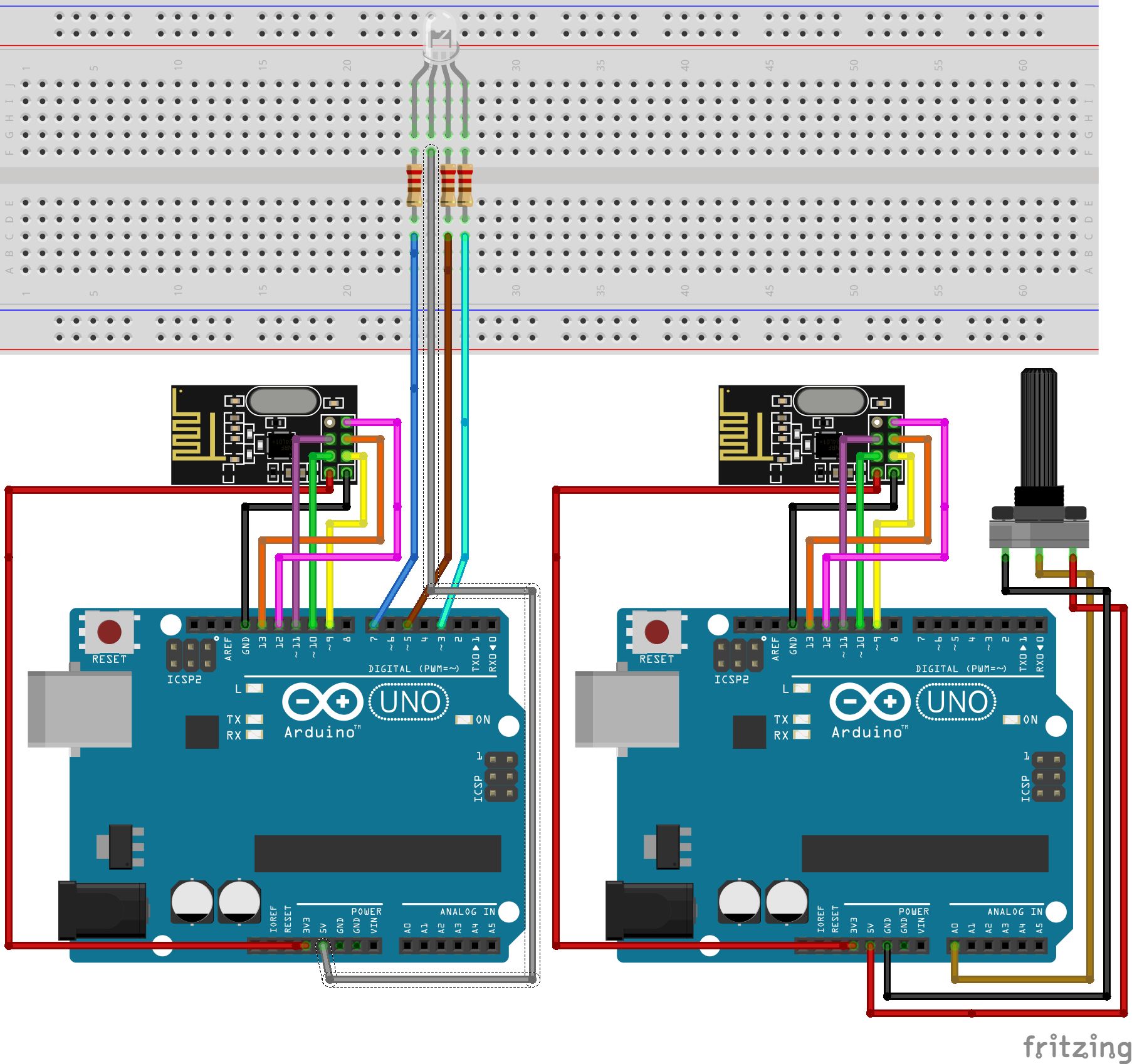 Pascal Cotret
Thanks to Alban Germain and Zahra Sekkat.