How to use an ATtiny85 with the Arduino IDE and upload instructions.

Use an ATtiny85 with Arduino IDE

Use an ATtiny85 with Arduino IDE

How to use an ATtiny85 with the Arduino IDE and upload instructions. 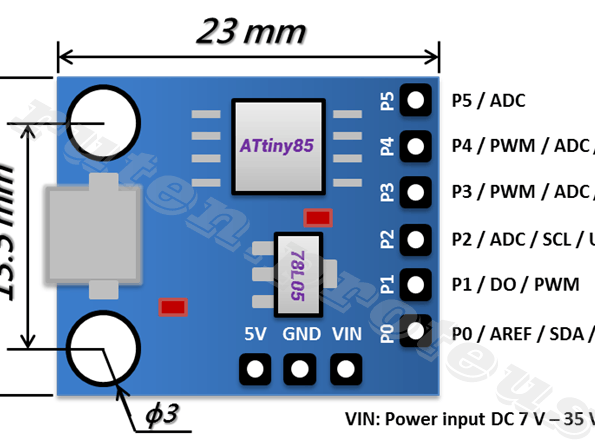 I bought a new Digispark's ATtiny85 Board.

But was unable to use it for two days just because of the driver packages. And finally after searching a lot I found the answer. I referred various tutorials for this and tried. I was getting an error for COM port in Arduino. Here I solved for it.

Pinouts: All pins can be used as Digital I/O

If using Arduino 1.6.6 or higher and windows - you will need to download and install the drivers manually. Download, unzip and run “Install Drivers” (on 32bit systems) or “DPInst64” (on 64bit systems).

The driver files are located here:

After Downloading the.zip file > extract it.

Step 2: Install Board Packages for Arduino

Step 3: How to Upload the Program

Write some code, open your code.

You do not need to plug in your Digispark before invoking upload Hit the upload button.

The bottom status box will now ask you to plug in your Digispark - at this point, you need to plug it in - or unplug and replug it.

You'll see the upload progress and then it will immediately run your code on the Digispark. If you unplug the Digispark and plug it back in or attach it to another power source there will be a delay of 5 seconds before the code you programmed will run. This 5-second delay is the Digispark Pro checking to see if you are trying to program it.

This to keep in mind 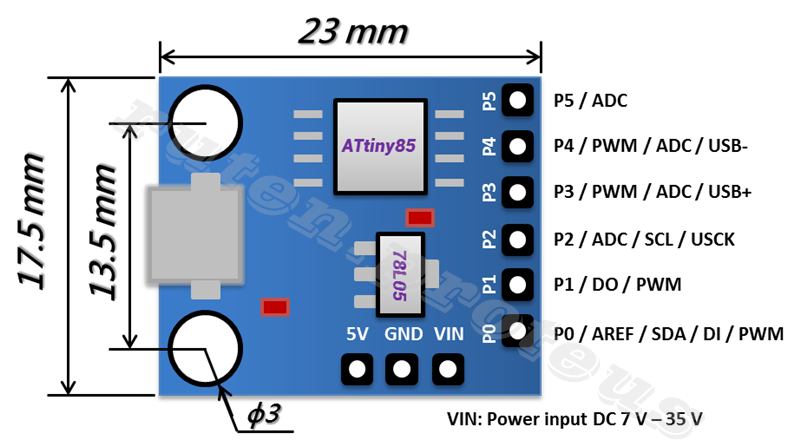