A tutorial of building a web clock with only an ESP8266/ESP-12 board and an SSD1306 OLED display by using built-in modules of MicroPython.

A tutorial of building a web clock with only an ESP8266/ESP-12 board and an SSD1306 OLED display by using built-in modules of MicroPython. 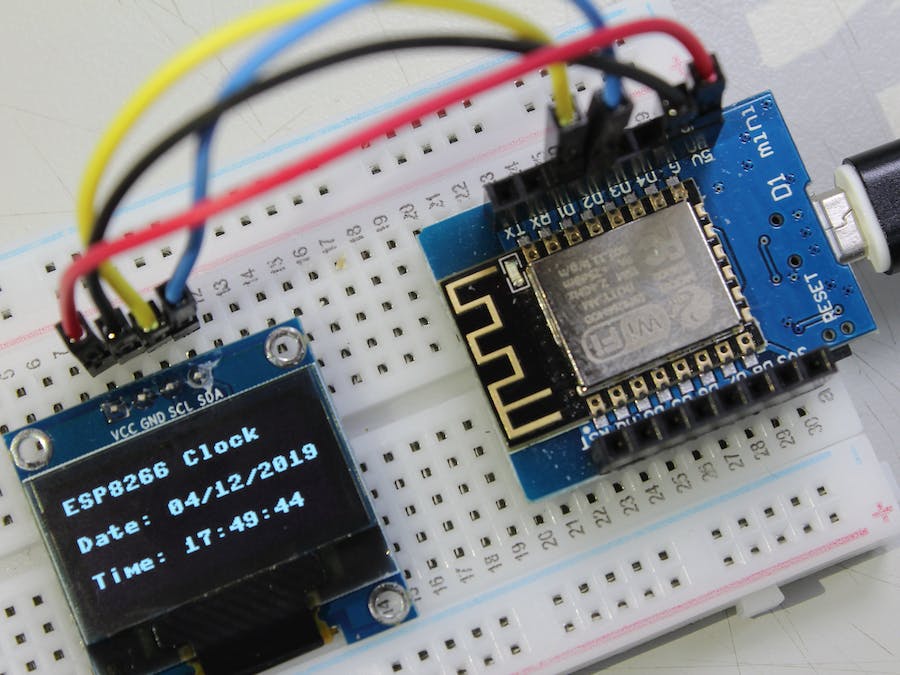 This tutorial project is to create a very simple web clock on ESP8266/ESP-12 boards, by using only built-in modules (libraries) of MicroPython.

In short, the project does the following things:

All the functions above can be achieved without importing any third party libraries. Neat!

Change the value of the variable ssid to the name of your local WiFi router, and pw as your Wifi router password. (Do not share your passwords online.)

The variable url is where we get JSON data. We are using World Time API. You can change it to any other city or timezone. You'll get something like:

Then we extract value after "datetime" and get all the info we need.

If you don't have or don't want to use OLED, you can replace related codes as print() to output data directly to REPL. Without a connected OLED display the OLED module would time out and halt the code.

In the photo I was using a WeMos D1 mini (ESP-12F), one of the popular ESP-12 boards. The code also works on my NodeMCU V3 (mine version uses ESP-12E). The RTC on my D1 mini works much better; it can be updated only once a hour and maintain decent accuracy. My NodeMCU V3 has to update once a minute.

For other beginner's reference, I used MicroPython for ESP8266 firmware v1.10 and flashed it via NodeMCU-PyFlasher (believe me, this works better than the NodeMCU Flasher!) and written the code in Thonny IDE, which has Python 3.7 built-in and is pretty easy to install/use.

P.S. I later wrote a different version of web clock, which use NTP server to calibrate time and use timers instead of while loops, and the code is much shorter. See here for more information. 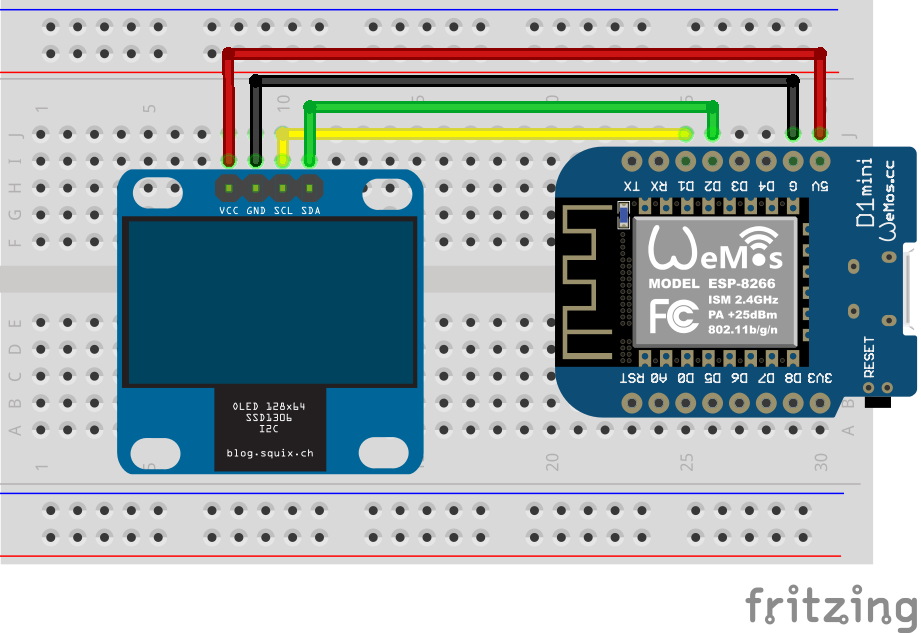