Robotic arms are having wide use in industries so I decided to make 1 for me using servo motors and potentiometers.

Robotic arms are having wide use in industries so I decided to make 1 for me using servo motors and potentiometers. 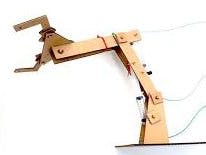 Robotic arms have wide use in industries so, I decided to make 1 using servo motors I have used 2 servo motors one at the bottom of robot to move it 180 degrees and then I have used other servo at the top so that it can move left and right both 90 degrees.I used powerful glue for this called as resin & hardener combi-glue. This is quite cheap and once attached it is really a tough joint !

I am giving you the image how cardboard is cut -

Cut the cardboard according to dimensions in the image

Another thing which is very necessary is the assembly of robotic arm, as shown attach the upper servo between p1 and p2'top, once done this you have to attach p3 to nob of upper servo. You should cut the thermocole into p5's dimension and attach it in between bottom of p1 and p2, then attach the thermocole to p4 and finally attach p4 to lower servo's nob.

This is how the arm looks like after assembling.

I hope it's crystal clear how all the parts are going to be assembled in our robotic arm. I had previously shown how to cut the parts and in this photo I have shown you how to join them ie, p1, p2, p3, p4, p5, lower servo and upper servo.

Other important thing is that all these things are joint by super resin-hardener combi-glue.

The most important thing when a project is done is the output of project so, I have giving you the output video - 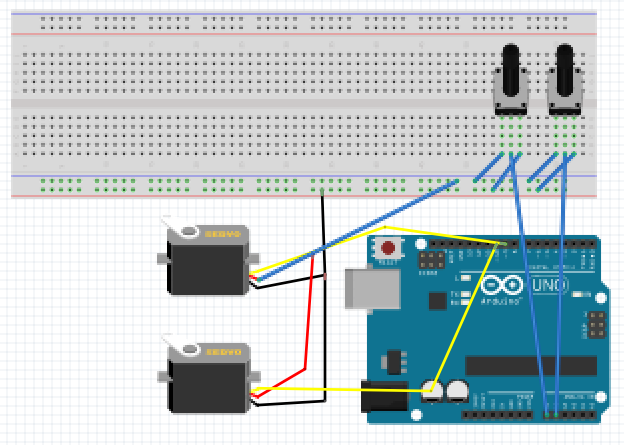