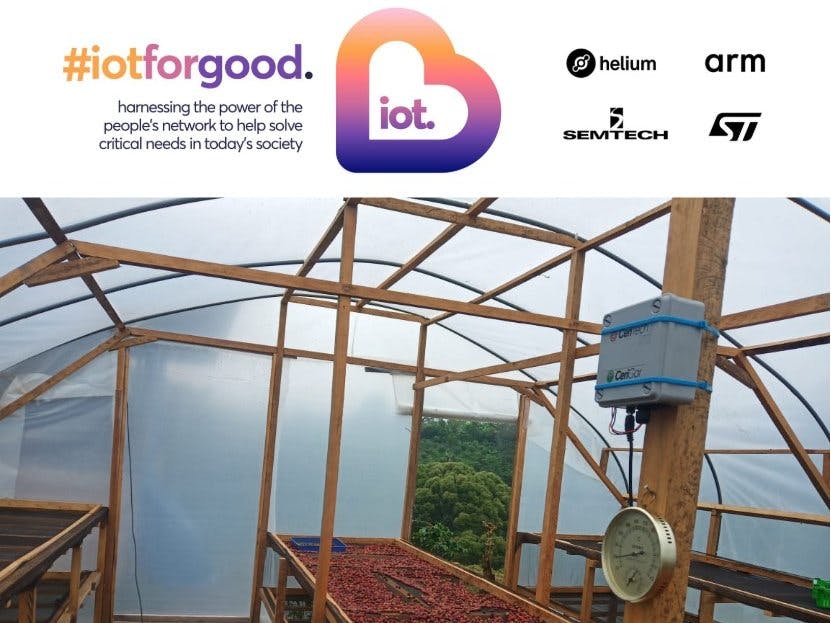 One IoT application is a monitoring and control system that connects sensors and actuators to an environment. Measurement data from the sensor can be sent to a cloud server so that it can be accessed by users who want to know a condition or measurement of physical quantities from that environment. The actuator can be controlled in response to the reading of the sensor values ​​obtained from the environment. The important expectation of the system built from IoT is to run communication between the machine and other machines so that the system can provide accurate information. As a consequence, the system can become smarter in decision making. One of the things that are becoming popular now is the availability of increasing and inexpensive electronic hardware and software, for the purpose of building IoT LoraWAN as global infrastructure that allows it to be applied in many fields such as health, agriculture, industry, and transportation.

Indonesia is the world’s fourth-largest coffee producer and exporter. The arabica coffee beans market is a promising market in the future, especially when talking about specialty coffee. Low-quality coffee benchmarked by C prices, while specialty coffee is vague but many argue it strongly linked to the sheer quality. Poor prices caused by poor quality. Poor quality affected by many factors, one of the most important is processing. Coffee production consists of several phases. In general, there are harvesting or picking, processing, and milling. Processing, if done perfectly, could be an important value-added activity to improve coffee quality and so the price. Poor processing caused by traditional, trial, and error practices. No up to date technology or data utilization. Processing has various types, each of which can be distinguished from one to another based on the stage and type of treatment. But in the end, all types of processes have the same important stage, which is the drying stage. The drying stage is usually done in a greenhouse-alike (drying house) to optimize the process The drying process demands more attention and caution, as if the desired variables were not met, it could lead to various degraded products.

The quality of coffee beans at stake in the drying process is related to how long the coffee beans are dried. What is desired is a process of moisture reduction that is not extreme, with stable and consistent conditions.

IoT Helium Developer Kit collects temperature and humidity, inside and outside of the coffee drying house. Then the data could be the basis for further treatment and/or practices to improve coffee beans quality. With the IoT, this can be overcome by the process of monitoring and access data from sensor networks.

We try to implement the LoraWAN technology able to monitor every day on drying coffee beans. The duration of monitoring can be set as well as data the monitoring results are also directly connected and actually recorded on the database. So we hope this IoT technology can update the information on the drying process of their coffee beans.

It is to design and implement Helium Developer Kit (LoraWAN) hardware and DHT22 as a node and Things Network and Helium Console as a visualization of measurement data and to send and receive data using Uplink and Downlink by LoraWAN protocol.

This project is aimed to use LoraWAN protocol of IoT with a Helium Developer Kit and Things Network (TTN) Indoor Gateway. It was made by programming with Arduino IDE that we can send the data to the Helium Console cloud in real-time. The data can be visualized in the IoT platform such as Things Network and Helium.

A network sensor system consisting of IoT Helium Developer Kit and LoraWAN Indoor gateway programmed in the Linux operating system (OS) on computers is used to collect air temperature data and air humidity in the greenhouse. The data transmission sensor uses a communication protocol type LoraWAN protocol to a gateway. By using the LoraWAN protocol, communication between Indoor IoT Gateway and Things Network Cloud can be done wirelessly. The global LoraWAN infrastructure of data collection consists of a sensor connected to the developer kit of helium called network sensors.

It could provide reliable real-time data to the processor to monitor the drying stage of coffee beans. The goal is to improve quality by reducing the risk of undesirable conditions. The data could be used by the processor to plan and maintain the necessary treatment to ensure the desired conditions are met.

It also could act as a data collector for a microclimate condition and prediction in the future. By combining the data from various locations, the processed data could be used in wide variations of use, such as other plantation optimization and also risk and logistic calculation.

Sending the data to the things network

Import Device from Things Network to The Helium

The design of the data acquisition system using the LoraWAN protocol was successfully tested by integrating the Helium Developer Kit as a sensor node and The Things Network Indoor Gateway as a broker. 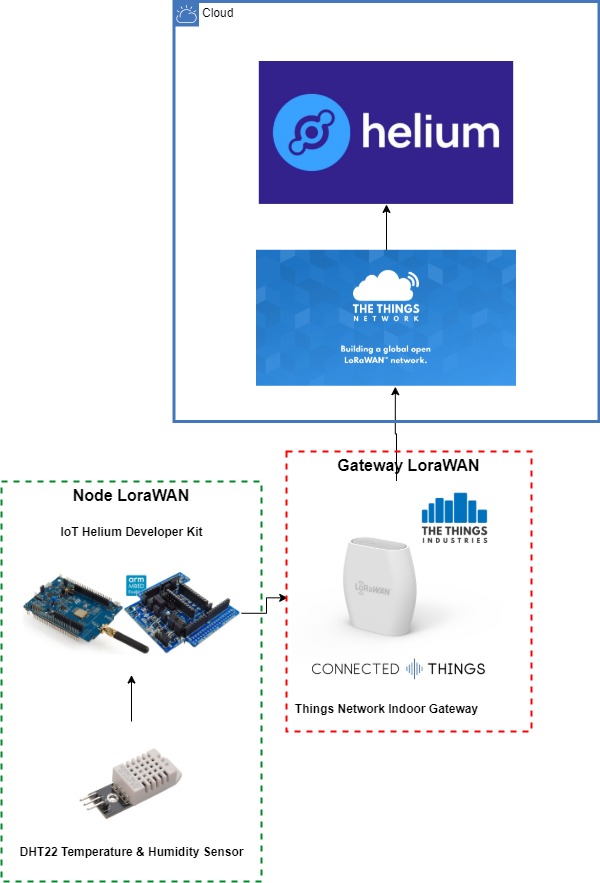