Art Deco case for RPi radio. Translucent layers interact to reveal curvy sinews and veins lit from inside... ummm at least that was the idea

Art Deco case for RPi radio. Translucent layers interact to reveal curvy sinews and veins lit from inside... ummm at least that was the idea 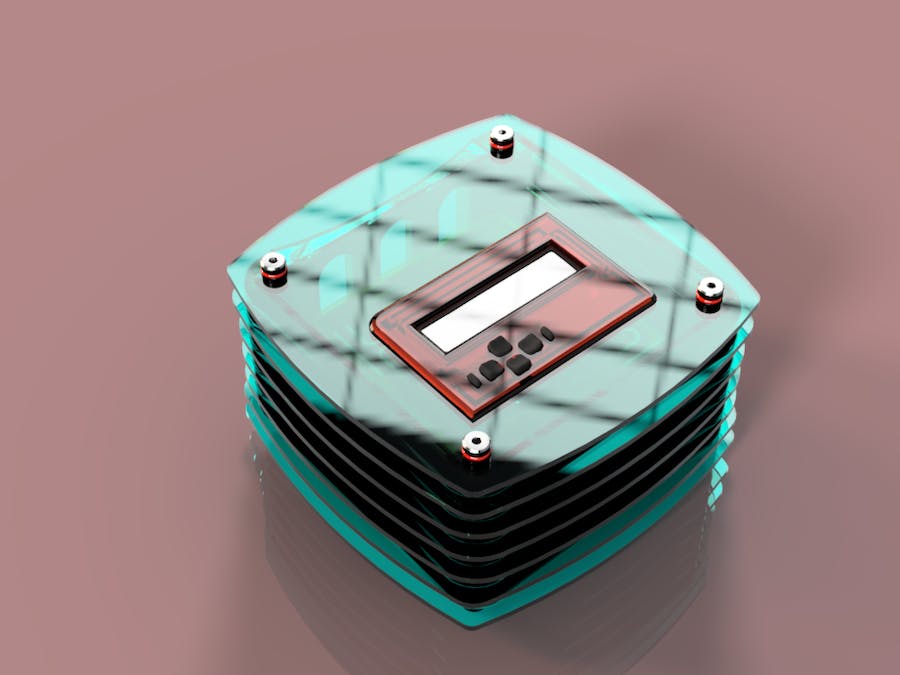 A first try at a modular base system for future projects, also designed to meet the requirements for the Give Your Hardware a Home Challenge - RPi internet radio project with Fusion 360. I wanted a vaguely Art Deco exterior with some curves visible inside that would look good with LEDs, light-pipes or EL-wire. Basically a case-mod look.

The top and "side fins" are planned for translucent blue 3mm acrylic, laser-cut by Ponoco. The red plastic rippled shell is intended to be 3D printed. Shapeway's "frosted detail" with a spritz of colored lacquer is my only real-world option right now. But if/when I get access to a 3D printer, there appears to be translucent filament in this color. And Autodesk's Ember printer should do the trick also.

I was hoping for a sinewy, free-form support system that would look good holding cables, LEDs, EL-wire etc. - a sort of biological look. Great idea, but I failed... looks like mechanical panel with parts missing. Hey, there's always next time.

From the side, the distortions, ripples and reflections should give some visual interest. But unless it's at eye level, these FX might not be very apparent. But with some added internal lighting, it could work. (Gosh, wouldn't it be nice to be able to print some quick tests.)

I wasn't really sure about the cabling requirements, and I know I often have two power supplies for an RPi or Arduino project, this has both. So instead of installing a power management system, I just opened up the entire back plane. It's a separate part, so it's easy to change as needed.

As a modular system, the electronic components are set on two slide-in trays. The main rippled (red) shell slides onto the posts. If some sort of  "side fins" are used (blue), they get slid into the grooves on the main shell and the entire assembly is slid onto the posts. A slot-and-tab system keeps the fins attached. This system should be adaptable to a wide variety of electronic projects and created in a variety of materials and styles.

The file is available at http://a360.co/1Kjm26e , but please don't bother. There are way too many bad tolerances, thin parts, and I somehow managed to bump important parts off the grid. Sigh! For a quick sketch, the idea seems solid though. Would love to see variations of it actually printed. Cheers!!!