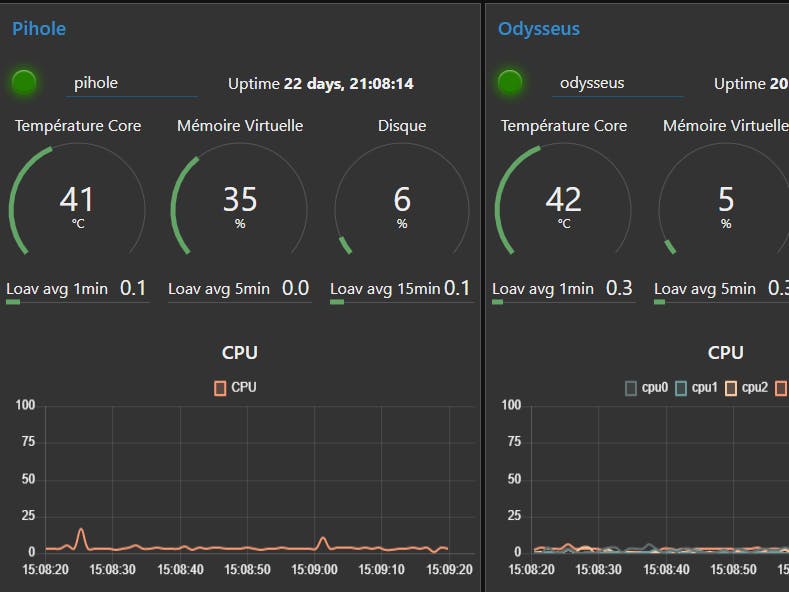 Happy owner of a pihole based on a Raspberry Pi zero W and a Raspberry Pi 4 which is used as a server for several purposes (owncloud, MQTT broker, back up of my laptop...) I wanted to be able to easily monitor them with a webbased interface.

So I chose to develop the following solution :

The overall project is quite simple and was especially a good way to discover json format, mqtt and basic node red usage.

On the client side the code running is based on Python 3.

It gathers the following values thanks to psutils lib :

The value are next packed into a json message and published to MQTT broker.

As previously said the server is running thanks to Node Red. It does the following actions :

I used the dashboard nodes and a node called "artless gauges"

Example of a subflow for one of the client :

Focus on some nodes and functions :

Example of JSON decoding before printing

Example of the disk usage node to send an email if du > 90%:

msg.payload="Attention : Odysseus's disk usage is over 90%"