Display temperature and humidity data in real-time using a Raspberry Pi 2, a DHT22 sensor and the ThingSpeak IoT platform.

Display temperature and humidity data in real-time using a Raspberry Pi 2, a DHT22 sensor and the ThingSpeak IoT platform. 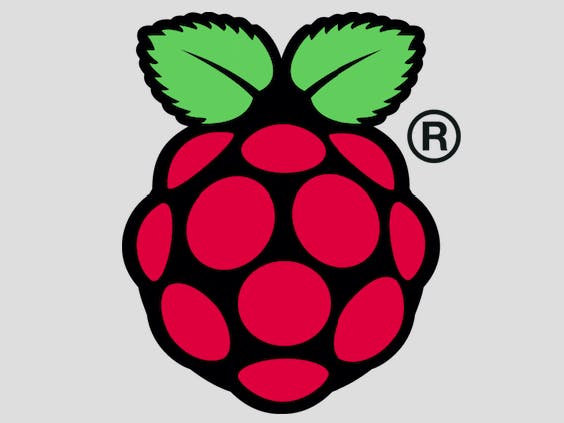 This project uses a Raspberry Pi 2 to collect temperature and humidity data from a DHT22 sensor, which is then uploaded to the ThingSpeak Internet of Things platform to be displayed in real-time.

This write-up is primarily intended to serve as documentation for the project, but may also be of use as a tutorial for others. It assumes a beginner skill level and that you are running the Raspberry Pi without a screen (referred to as a headless setup). It is broken into three main parts, with an optional fourth:

Part 1: Setting up the Raspberry Pi 2

The instructions provided below are for Mac OSX. Instructions for other operating systems can be found in the official documentation for the Raspberry Pi (RPi): https://www.raspberrypi.org/documentation/

After downloading the .zip file, unzip it to get the image file (.img) that will be written to the micro SD card.

In order to locate the disk identifier of your SD card (e.g. disk4), open a terminal and run:

Using this disk identifier, unmount the SD card to prepare for copying data to it:

Copy the data to your SD card:

Where image.img is the filename of the latest Raspian image, e.g.:

Insert the SD card to the Raspberry Pi, and provide power using either a micro USB cable or DC adapter.

A much simpler method of writing the image to an SD card is to use the program Etcher. It can be downloaded from: https://etcher.io/

Once the program is opened, all you need to do is select the image, confirm the SD card drive, and hit Flash! Voila! You're all done.

The most recent Raspbian releases (Dec 2016 onwards) have SSH disabled by default. To enable SSH, you must create a new file called "ssh" on the SD card. It is important to make sure your file doesn't have an extension like .txt, etc.

In macOS you can easily create this file by opening up a Terminal window and typing:

Next, drag and drop this extensionless file into the root directory of your SD card and you're done! When the Raspberry Pi boots up, it will detect the SSH file and enable access.

On a headless setup, the command line of the Raspberry Pi can be accessed remotely from another computer or device on the same network using SSH (Secure Shell).

Once connected via ethernet, the RPi will typically bind to an IP address in the 192.168.2.* range. You can find its IP by using Nmap to scan the local network. An active IP address with an open port 22 (SSH connects via this port) is your likely target.

Once the local IP address of the RPi has been found, open terminal and establish an SSH connection using the default username/password combination of "pi" and "raspberry":

Upon first login to SSH, it is suggested to update/upgrade the Raspberry Pi using the following commands:

If you would like to change default password for pi user, you can access the Raspberry Pi Software Configuration Tool by running the command below and selecting option 2:

If you intend to have the RPi connect to the Internet using a wireless USB dongle, you must enter the details of your wifi connection in the wpa_supplicant.conf file.

Then enter the details in the following format:

If you' like your Raspberry Pi to roam and connect to open networks, append the following to your wpa_supplicant.conf:

Finally, reboot your Raspberry Pi and discover its new IP address using Nmap, or by logging into your router and searching for the IP address associated with the "raspberrypi" hostname. Over a Wi-Fi connection, the RPI will usually bind to an address within the 192.168.1.* range.

The DHT22 is a basic, low-cost digital temperature and humidity sensor, which uses a capacitive humidity sensor and a thermistor to measure the surrounding air and output a digital signal on the data pin.

As shown in the diagram below, the DHT22 requires Pin 1 to be connected to a 3.3V source, Pin 2 to the desired General-purpose input/output (GPIO) pin on the RPi, and Pin 4 to ground (GND). A 10kΩ resistor is placed between Pin 1 and Pin 2. Pin 3 in not used.

By examining the GPIO header in the figure below, we are able to determine that the corresponding connections on the Raspberry Pi are as follows:

With the correct pins identified, the circuit can be physically built and may end up looking similar to the diagram below:

Breadboard wiring diagram of the DHT22 sensor and Raspberry Pi 2

With the wiring complete, the next step is to download Adafruit’s DHT library to the RPi, which is required to read the temperature values from the sensor. This also requires that we first download some Python and git packages:

Once the DHT library is installed, the next step is to write the script to gather the data from the sensors and upload it to the Internet. To accomplish this, we will utilize the ThingSpeak Internet of Things platform.

Part 3: Getting Started with ThingSpeak

ThingSpeak is an Internet of Things (IoT) platform enabling the collection, storage, analysis, and visualization of data gathered from sensors such as the Arduino and Raspberry Pi.

ThingSpeak stores data in Channels, each of which can have up to 8 data fields, as well as location and status fields. Data can be sent to ThingSpeak at a rate of at every 15 seconds or longer.

Create a folder in the /home/pi directory on the Raspberry Pi, then an empty Python script file by running:

Next, copy the code listed below (or from the attached dht22.py at the end of this tutorial). Enter your API code to the "myAPI" variable. Press Ctrl+X to exit the editor, and select "Y" to save the file when prompted.

Next, to test whether the script runs properly, you can use the following code:

If successful, you should see two lines as shown below:

In this case, the number "5" represents the entry made in the ThingSpeak channel. This will increment each time the script uploads data.

Step 6: Running the Script at Startup

If you plan on having your Raspberry Pi run automatically, a good idea is to have it start when the RPi is powered on. One method of doing so is to add a cron job. The command below will start the script and make the status outputs be directed to “null” (i.e. ignored), which ensures it runs in the background. It will also check every 5 minutes to see if the script is running, and restart it if necessary.

Another method of ensuring that the script is always running is to take the command from above, enter it into its own script add a cron job that will periodically check and restart the script if necessary. This can be accomplished by adding the following cronjob task and using the check_script.sh file attached to this project:

More discussion on restarting a script can be found here: http://unix.stackexchange.com/questions/107939/how-to-restart-the-python-script-automatically-if-it-is-killed-or-dies

If your script is working as intended, you should be able to see data uploading in real time. You can increase the frequency at which the script uploads data to verify it is working properly, rather than waiting the default 5 minutes.

ThingSpeak has a number of customizable features for the way the data is displayed, which you can read more about here:

Example of temperature & humidity data being uploaded to a ThingSpeak channel.

A problematic aspect of running a headless Raspberry Pi setup is the lack of information regarding its current IP address, which may change if an Internet or power outages occurs. A helpful solution is to have the Raspberry Pi send out a notification email each time it reboots, or when the wireless adapter is assigned a new IP address.

To add this functionality to your RPi, we will utilize a mail utility program and a Gmail email address to notify the user of any changes to the IP address.

The first step is to update your package list and install the mailutils and ssmtp packages:

Next, to add the information specific to the Gmail account in the sstmp.conf file, run:

We are interested in changing/adding the information for the following four lines of code:

Warning: Your password is not protected when entered into the ssmtp.conf file.

It is highly suggested to create an email address specifically for this purpose, where security vulnerability is not a concern.

Note: It is also necessary to allow less secure apps to access your Gmail account. This can be accomplished using the following guide:

Save your changes when exiting, then open the revaliases file by running:

Add the last line of code shown below with your email address.

We will create two different IP checking scripts. One will be intended to run every 15 minutes to verify the IP address of the RPi hasn't changes, and one will be run only when the RPi reboots. Please note: Scripts are currently only meant to monitor changes to wlan0.

First, create a folder in the /home/pi directory to house your scripts:

Enter the folder, create the two script files and make them both executable:

Finally, copy the code to each script from the section below (or the scripts attached to this tutorial), while remembering to specify the email address you would like the notifications sent to.

The following cronjob entries will ensure the script will email a change in IP address upon reboot, and at 15 minute intervals

If everything has gone according to plan, you should be now have your Raspberry Pi uploading data to the ThingSpeak website!

This project was my first foray into the world of IoT devices, which, once everything eventually started working, I found to be quite rewarding. There were many bumps along the way, but it's only made me more keen to create bigger and more complicated IoT devices. If you've made it all the way through this project, I hope that this documentation has proven useful in some shape, way or form.

This project drew from a large number tutorials and forum posts, which I'd like to acknowledge and include for reference below: 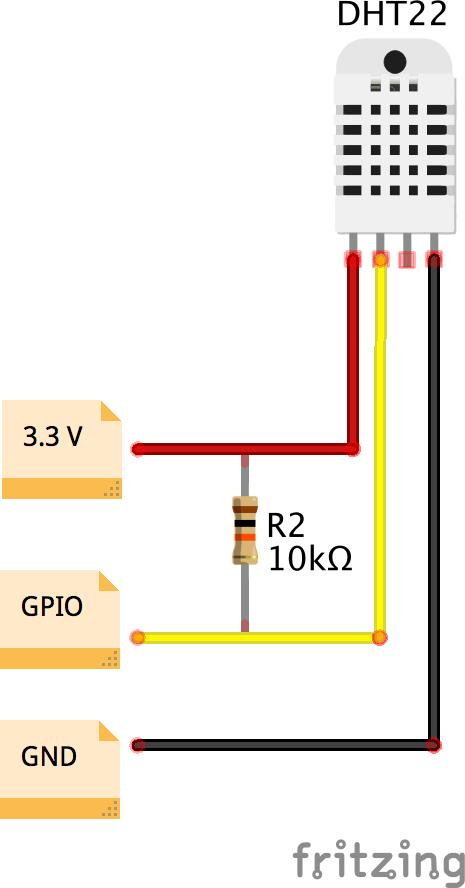 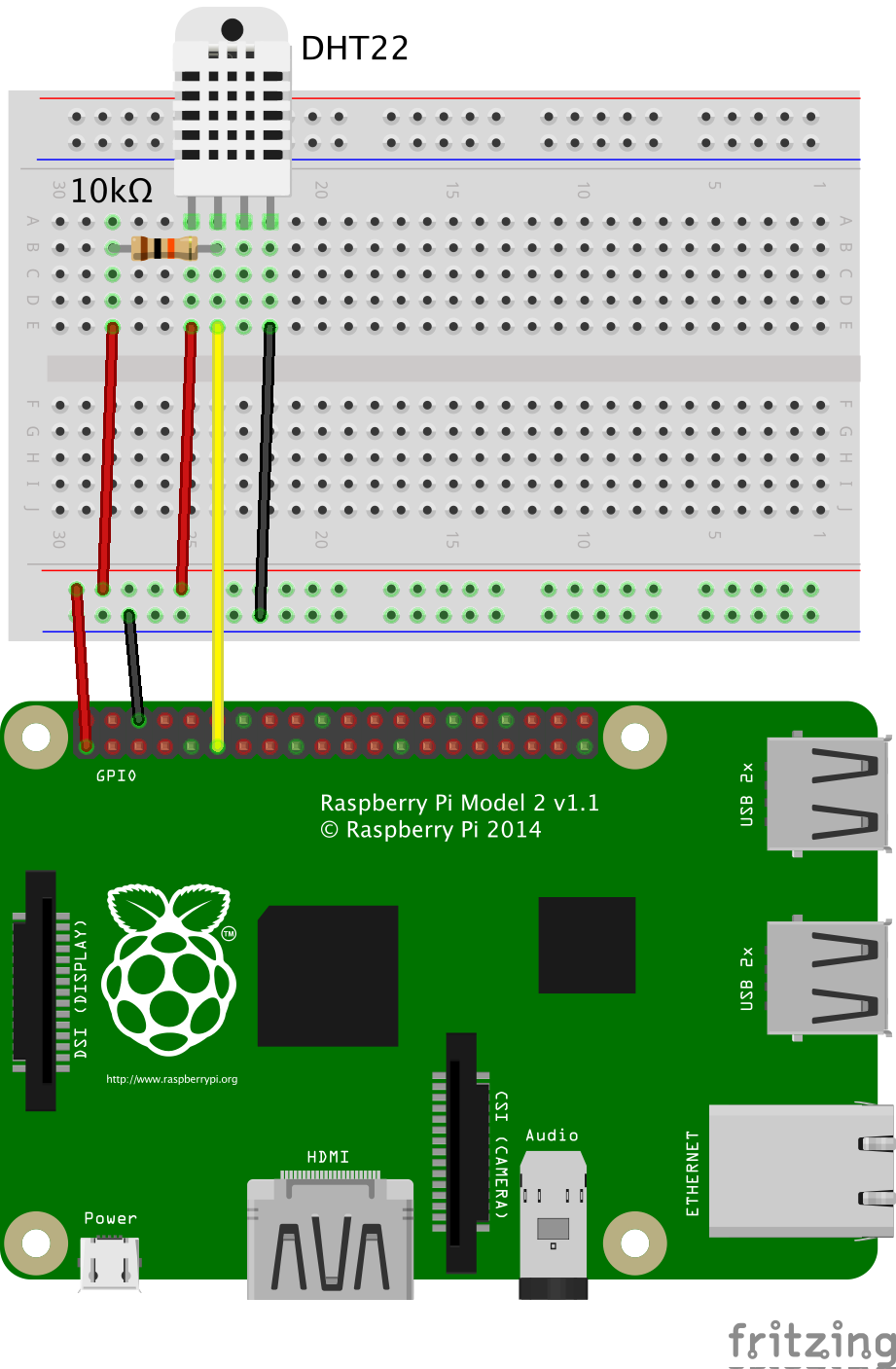