This project is a Gamepad functionning through USB and UART. As a USB stack wasn't implemented yet, we tried to work on our own ...

This project is a Gamepad functionning through USB and UART. As a USB stack wasn't implemented yet, we tried to work on our own ... 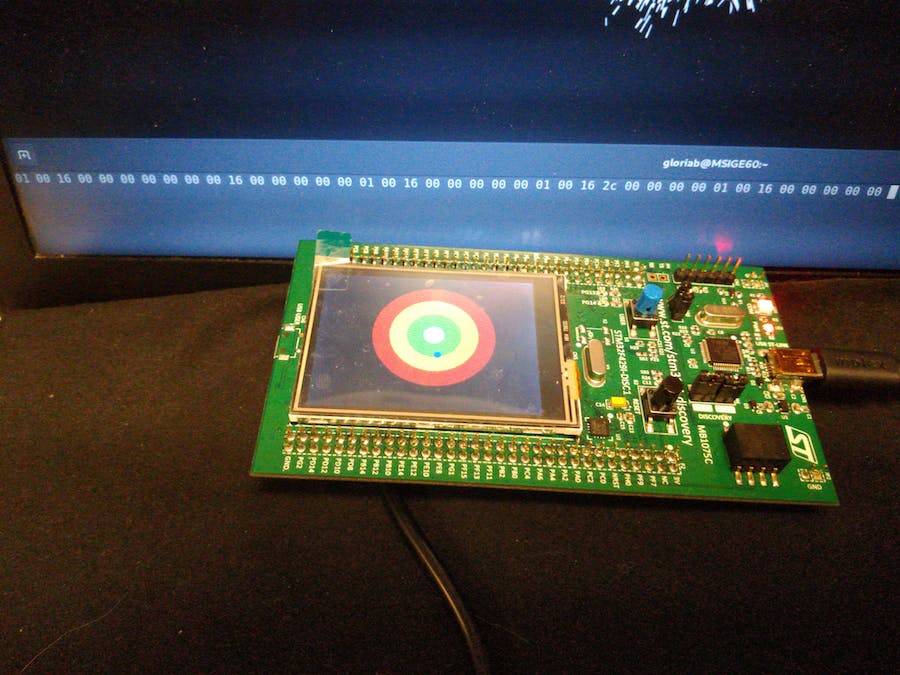 The Gamepad project is a project made by a 4-people team. The goal was to create

a gamepad from a STM32-F4 board, to be able to play games through USB. However,

the project is still unfinished.

This project is divided in two parts. One is the gamepad in itself, and the

other is a USB stack to transmit informations. All code is written in ADA.

How to build it

The command are sent generated using the gyroscope of the card. On launch, the

user will see a target on the screen of the card. This target contains all the

information for the user to send data to the computer. In fact, the cursor

is the orientation, and the colors are the command being sent.

When the sensor is tilted forward, The `Z` keycode is send, backward `S`

keycode, to the left with `Q` and to the right with `D`. We can mix two keycode

Each color corresponds to a command and a modifier status key.

- White smoke: no movement, all keycode to `None` .

The data are then sent through USB, if USB is connected, or through UART.

The UART part is working fine, however, you may have trouble using the USB

stack as it is incomplete.

library. To reduce the drift, at the beginning, the average of zero motion raw

data of the gyroscope is computed. For each raw data given, the average is

With this fixed angular velocity, a discrete integration is done with initial

From the tilt of the board, some keycode is added to a report as explained

above (In the "behaviour" part). The report format is the same as

. An 8 length bytes message with the first byte being a bitfield of all modifier

status key (Left/right Ctrl, Shift, Alt, GUI), the next one is a reserved byte

and next 6 byte, an array of the key pressed.

In order to use the gamepad with a computer, or any other device, it is necessary

use a USB Stack and register as an HID controller. Nevertheless, there is no such

stack in the Ada Driver Library. One of the aim of this project was to add this

stack. This work is compiling for now but does not do a thing. It is based on

Fabien Chouteau's prototype. We took what was present and added some part in our

implementation. We did not have much time left on debug. So we keep our

implementation with transmission via UART. Nevertheless, we think about seeing

afterwards to make this stack work and make it, if possible, integrated in

ADA Drivers Library, as it was really interesting for our group to work on

In order to have good control over our code, we chose to write contracts

for our Gamepad functions. Those contracts can be found as Pre and Post

conditions, but also Predicates and asserts. This

is useful for us because it documents and tests our code at the same time. 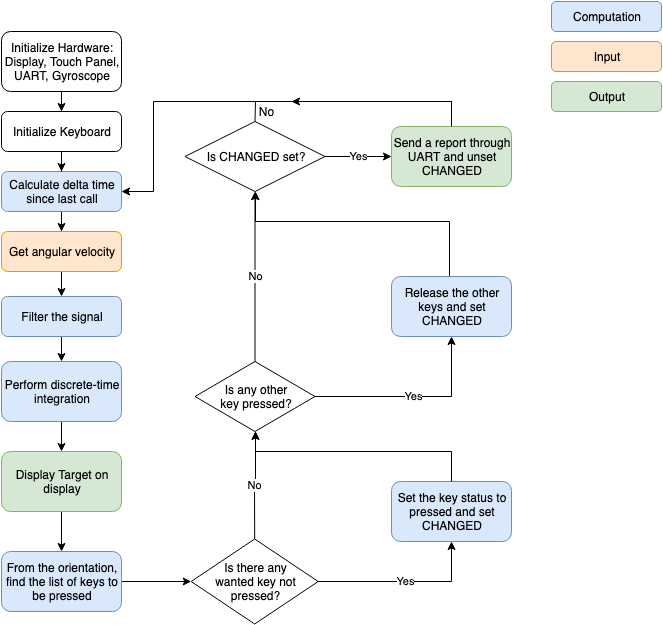