When life gives you hot flashes, use them to burn calories. This one is for the ladies.

When life gives you hot flashes, use them to burn calories. This one is for the ladies.

I've been trying to summon the courage to participate in AARP Innovation Labs' Hacking Menopause contest for quite some time now. I hesitated because I have the tendency to stick my foot in my mouth, or so I have been told. Therefore, I apologize in advance so I don't have to beg for forgiveness later. Here it goes.

Meet Laura D.; her friends call her windsock (long story). She always wanted to pursue a career in stand up comedy, but for now, she has to settle for a government job. Today, she will live her dream through Funny Fanny which is a project to combat several symptoms of menopause such as Hot Flashes, Sleep Disorders, and Mood Swings. That's right! According to AARP, Controlled Breathing is a none intrusive way to fight hot flashes.

A study in the journal Menopause reports the practice of slow breathing really does help — and also decreases fatigue and improves sleep and mood. Study participants who performed the twice-daily series of inhales and exhales reported a 52 percent reduction in hot flashes; those who did it just once a day still reported a 42 percent decrease.

Another study shows that laughing can burn calories according to Vanderbilt University Medical Center. That is good news because Weight Gain is another symptoms of menopause that we can defeat with this project.

Four pieces of wood have been cut and glued together to form the chassis for our project.

Let there be wood

Mounted a Motor on the top, OLED on the front, Buzzer on the back, and a Limit Switch on the side. Another rubber band will be used to secure the breadboard to the chassis.

Since ESP32 is too wide for breadboard, I connected 3.3V, SCL, and SDA to the bottom of the ESP32. Note that there is no row available to stick jumpers on this side, but we will have only one row available on the other side.

I used a relay module to operate the fan. That module have been pulled out of Speed Warning - A Gift From the Future project where I explained why it is missing one relay.

Last wire to connect is the Blue coming from Limit Switch.

Cutout a piece of cardboard to make Funny Fanny with a round hole in the head for the fan and square hole for OLED.

Code has been uploaded to GitHub and it is well documented. Twice a day, alarm will sound as a reminder for Controlled Breathing. Fanny will open up with a joke then walk you through 6 breathes per minute for 15 minutes.

I'm so happy how this project turned out, I almost wished I was going through menopause. Jokes aside, menopause is not a laughing matter. However, "The best way to cheer yourself up is to try to cheer somebody else up." - Mark Twain

Finally, a product that has never been tested on animals! Ladies, please take a seat at the front; this comedian will never pick on you.

Note: times have been shortened for this demo video. 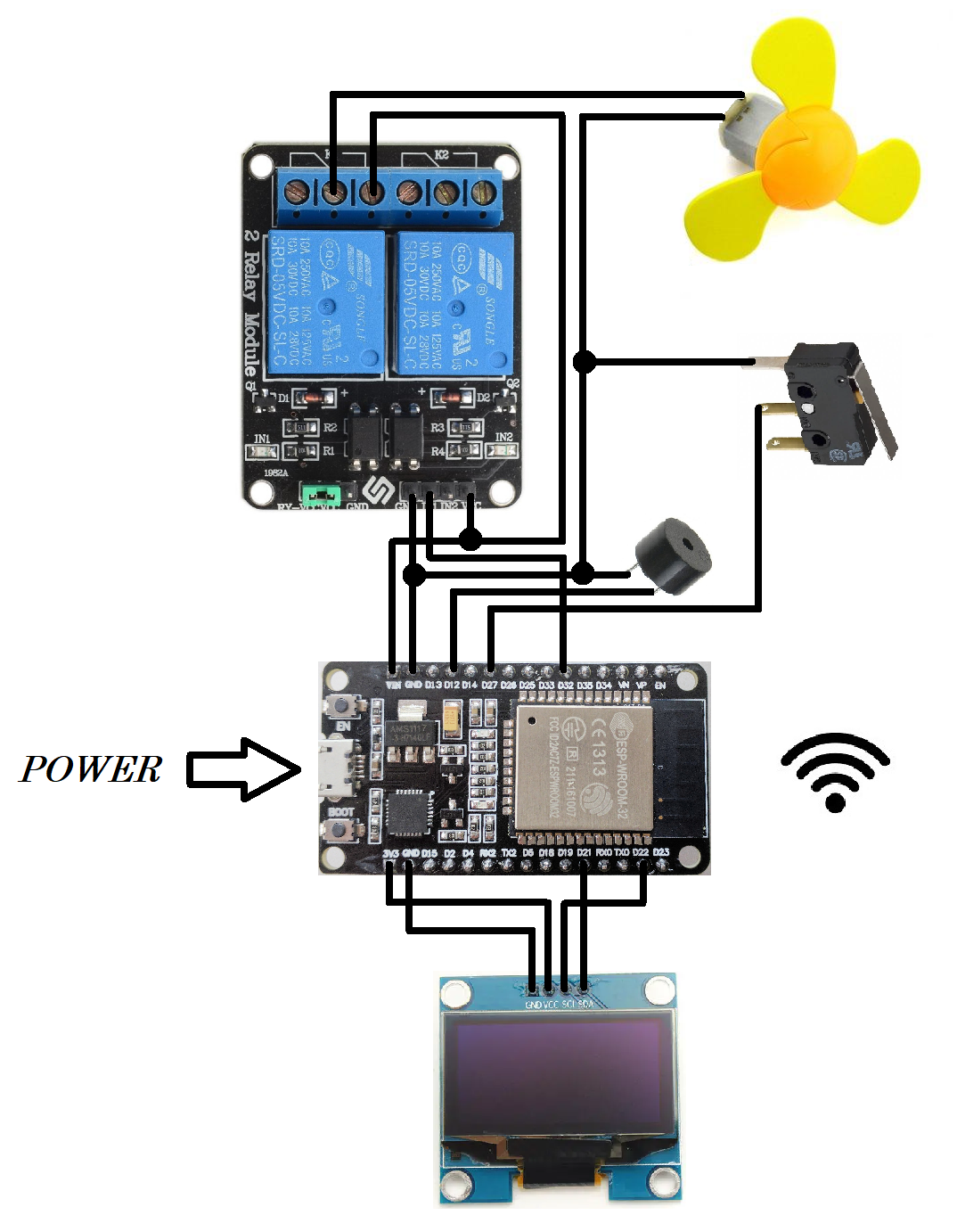