Your Raspberry Pi will tell you its IP address without the need for a monitor, keyboard, or mouse.

Your Raspberry Pi will tell you its IP address without the need for a monitor, keyboard, or mouse. 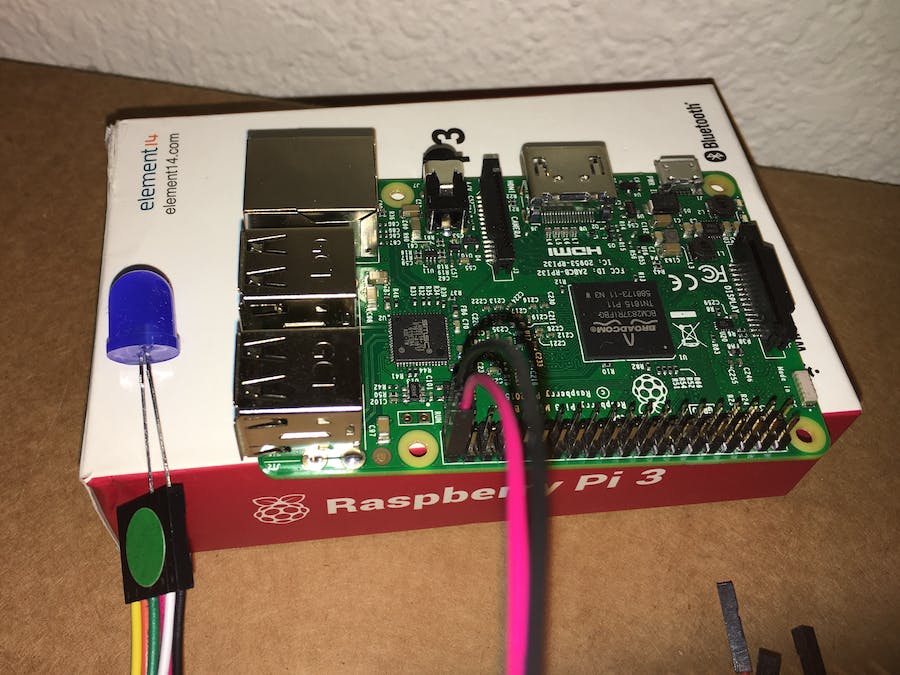 Have you ever connected your Raspberry Pi to a new Ethernet cable but don't have a monitor to see its new IP address? Or maybe you don't want to connect a monitor, keyboard, and mouse to search for the IP address when you don't plan on using any of the three?

This project will run a Python script on startup that grabs the IP address of your Raspberry Pi and outputs it to a GPIO port through Morse code. Morse code is a method of transmitting text, numbers, and punctuation through on-off tones, lights, or 1's and 0's. They are transmitted as short and long "dits" and "dahs" or "dots" and "dashes".

NOTE: You will need a monitor and/or ssh capabilities to load the code and configure your Pi to run it on startup.

Download and/or modify the findIpMorse.py code. Line 51 and 56 has the delays between each dot and dash. You can change these lines if the delay is too short or too long. Place the file somewhere on your Pi.

The way the program runs is it flashes an LED three times to let the user know that it is running. After the three flashes the Pi then starts transmitting the IP address in Morse code. This includes periods! See video below for an example. The program will run for five minutes continuously searching for an IP address, if none is found then the program terminates.

Next you need to create a launcher script that will run every time you turn your Pi on. In this launcher script there is a command that is running the python code. Open terminal in your Pi and type cd to go to your home directory. Next type:

In your newly created file type the following:

Replace "pathToFile" to the correct path that leads to the directory where findIpMorse.py program is located. For example, my findIpMorse.py file is in a folder on my homepage called "IPFolder" so I would do:

Now exit and save the file with CTRL-X, y, then ENTER. Use this command to make the file executable:

Next you need to configure your Pi to run findIpMorse.py on startup. Go to the terminal on your Pi.

Before you do that, in terminal navigate to your Desktop (or anywhere) and create a folder called "logs" and a file inside that folder called "cronlog".

This will help you figure out what goes wrong if the program doesn't run when you turn on your Pi.

Next add this line to the bottom of the file and save it (CTRL-X, y, ENTER):

The Pi should be ready to run the code now. This project doesn't require a lot of setup for the hardware. Just one LED, a breadboard, a resistor, wires, and your Pi.

Now when you connect your Pi to an Ethernet cable you can read the IP through Morse code. No monitor necessary.