Demonstration of the I2C protocol. A simple example of turning the Arduino's internal LED on from a Raspberry Pi using I2C

Controlling an Arduino from a Pi3 using I2C

Controlling an Arduino from a Pi3 using I2C

Demonstration of the I2C protocol. A simple example of turning the Arduino's internal LED on from a Raspberry Pi using I2C 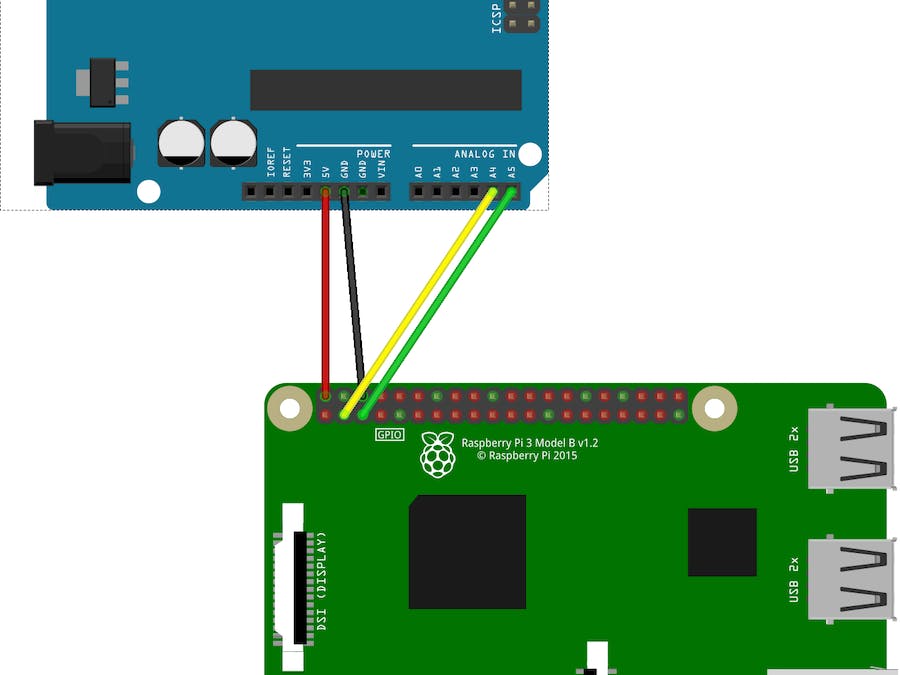 You will only need to set this up once, assuming you have not done so already.

Run the controller program from the python:

This should cause the Arduino's internal LED, associated with pin 13, to light up. The program will also respond with the prompt: Press return to exit

Upon pressing return, the program will exit, and the LED will not be lit up.

You need to select an I2C address for the Arduino. You can choose any byte you want for the address, just so long as it is not being used by another device in the chain. In this example, the Arduino is the only device being used. So it does not matter. I chose the value 0x8, which you can see as addr = 0x8 in the python code, and Wire.begin(0x8) in the Arduino code. Whatever value you choose, make sure you use the same in both sets of code.

There is a lot more to I2C, but this project is a simple proof of concept on getting I2C to work.

Date is written to I2C using bus.write_byte(). I chose the value 0x1 to mean "turn the LED on", and 0x0 to mean "turn it off again". The Arduino reads the byte using char c = Wire.read(), and sets the LED using this value via the digitalWrite() function. 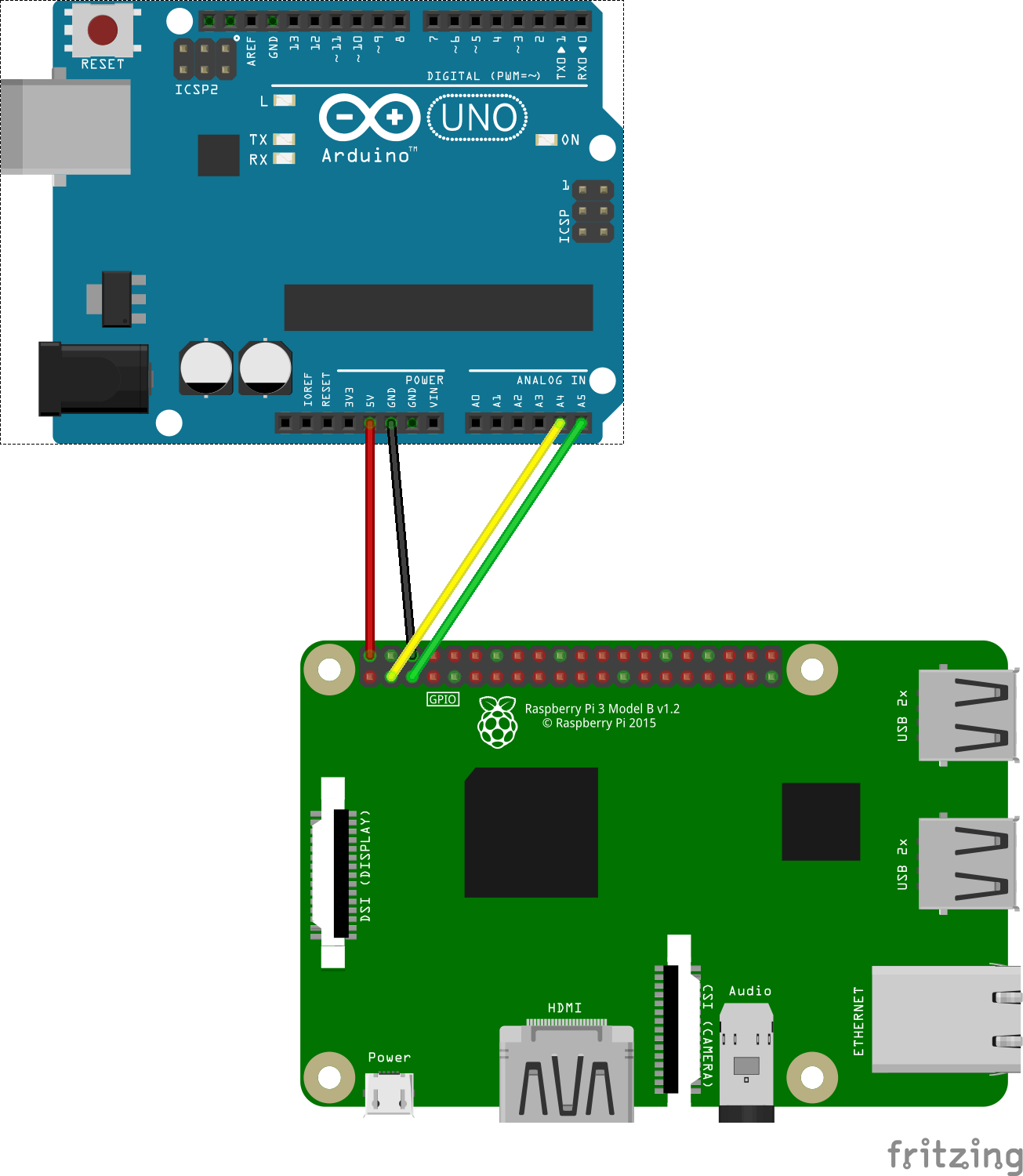