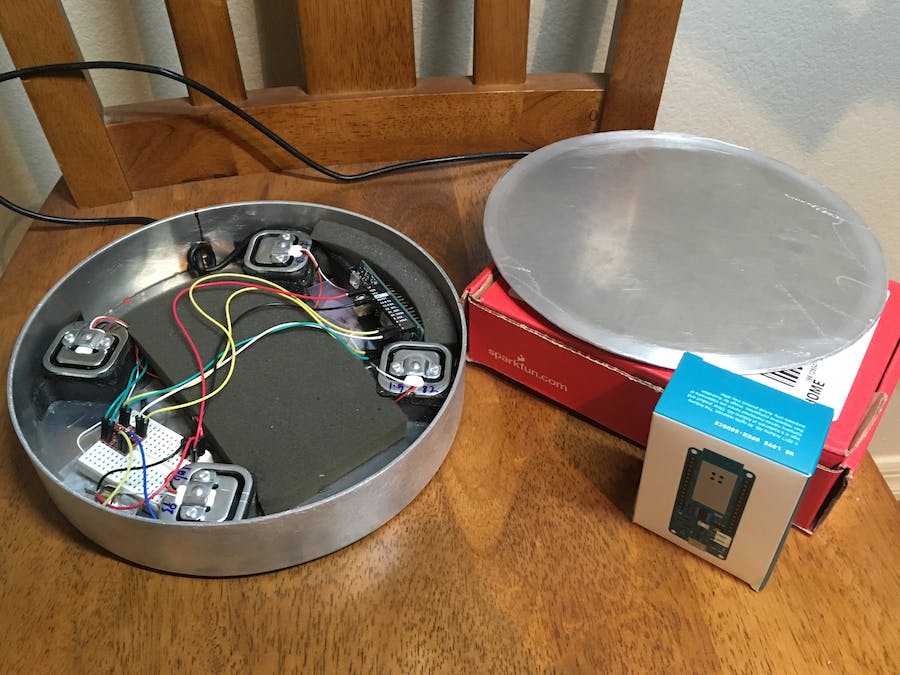 We wanted to make a IOT device to reflect our love for grilling and that is why we made The Smart IOT Propane Pedestal. The device is capable of monitoring the weight of the tank as well as detecting any propane leaks. This all requires creating an Alexa Smarthome Skill, an AWS Lambda function and Shiftr.io to communicate with the MKR1000.

Sparkfun has documented hookup guides that should be referenced.

A Sparkfun LPG Sensor was also connected to the Logic Level Converter and Arduino MKR1000 to provided basic gas leak monitoring rather then varying levels we kept it simple using T/F either gas is detected or its not. With more time we plan on setting certain thresholds to increase accuracy.

Arduino IDE Sketch/Hookup - we used the code example referenced below:

The pedestal housing consists of two aluminium pans details available in CAD file. We had these fabricated for us by our friends at www.FuseFab.com out of aluminum sheet metal.

The inner pan is where the hardware components were located and the load cell's were mounted on top of 3d printed feet to allow for enough room underneath for our Arduino MKR1000, LPG Sensor, LoadCellAmp, LogicLevelConverter, etc. A smaller circular plate was placed atop for the propane tank to sit on.