This device uses 2 servos to allow for co-axial adjustment of solar panels. This allows for the most efficient light capture method

This device uses 2 servos to allow for co-axial adjustment of solar panels. This allows for the most efficient light capture method 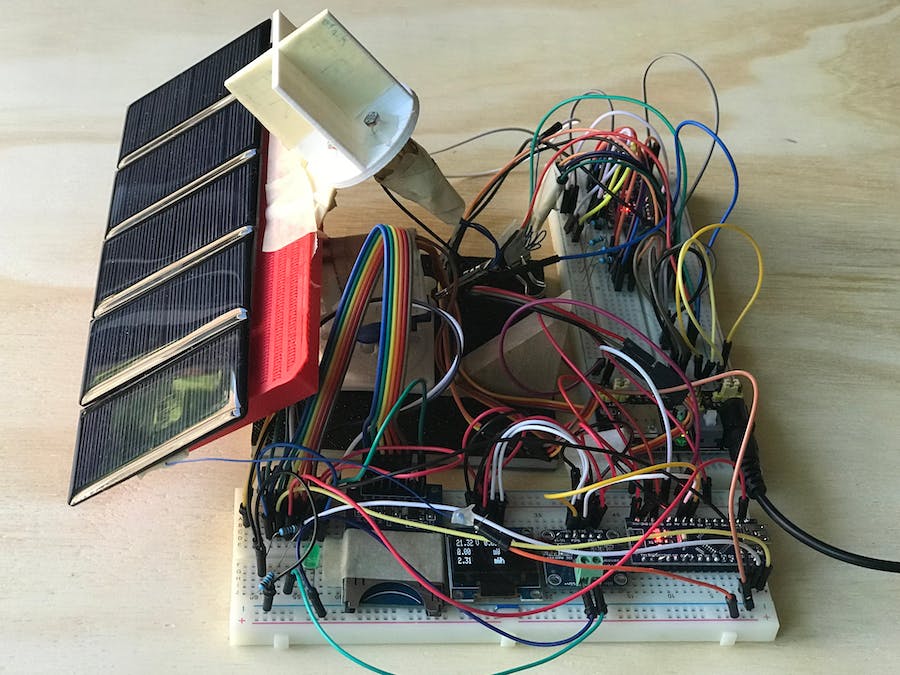 NOTE: This solar tracker was created in 2019 as part of my Science Fair Project

A Solar tracker was created in order to focus solar panels perpendicular to incoming sunlight. This position of the solar panel is optimal for photovoltaic energy generation. The efficiency of the Solar Tracking system vs normal use of solar panels was compared using data collected by my Arduino Power Logger (See details of Power logger in one of my other projects).

The usage of fossil fuels has harmful consequences on the environment and contributes to global warming and climate change. Solar energy is an efficient alternative to fossil fuels. Solar energy is the cleanest and most abundantly available energy source that is reliable and environment friendly. Solar technologies can harness this energy to produce electricity. The aim of this project is to compare the efficiencies of different solar technologies.

According to the recently published data from the Intergovernmental Panel on Climate Change (IPCC), there will be a temperature rise of 2.5 to 10 degrees Fahrenheit over the next century. Another study from the British Petroleum’s 2013 annual report states that “At current extraction rate crude oil will last only for the next 53.3 years.” The above facts state that fossil fuels, which are non-renewable sources of energy will get exhausted soon, hence it is imperative to find an alternative source.

Currently available solar technologies have their limitations, their initial installation costs are high and they are weather dependent. My project aims to create an economic and viable solar device that would be both adaptive to weather conditions and be cost-effective.

Fossil fuels (coal, oil, gas) play a dominant role in current global energy systems. Fossil energy had been the fundamental driving force for our technological advancement. On the flip side, it has caused harmful effects on our environment and has contributed to global warming and climate change.

Solar energy is the cleanest and most abundantly available energy source. Solar technologies can harness this energy to produce electricity. My project aims to create an economic and viable solar energy harvester that would be adaptive to weather conditions and would be cost-effective. This project also intends to compare the efficiency of Tower Based Solar Systems to Light Tracking Solar Systems.

Hypothesis: If Solar panels follow the sun using a Solar Tracking System, then the panels would generate more photovoltaic energy than the Tower based system which has mirrors positioned at various angles to reflect sunlight onto the solar panel throughout the day

The Solar Tower was built using a PVC pipe which was mounted between the 3-D printed prism and base. The Solar Tracker was made by putting two servos into a 3-D printed coaxial holder.

The image below shows data collected by my power logger. It is clear from the graph that the Solar Tracker created generated the most photovoltaic energy in my experiment. 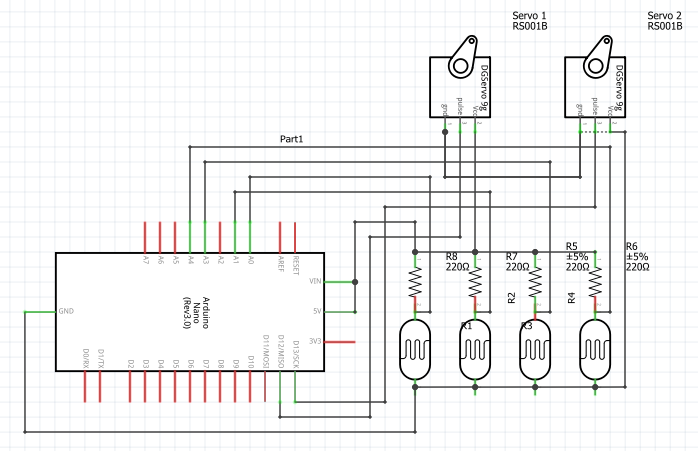