Using the power of AI, you can now achieve your life-long dream of actually playing Air-Guitar!

Using the power of AI, you can now achieve your life-long dream of actually playing Air-Guitar! 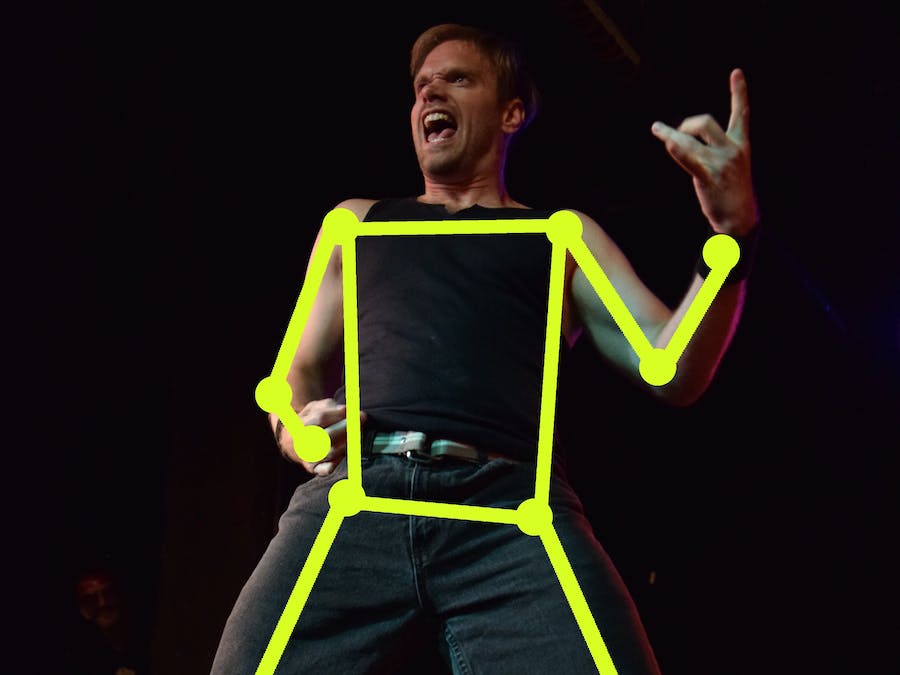 It was 1992. My head hung low as I paced through the black-brick hallways of a backstage area in some part of northern Europe. I had just failed to qualify for the 1994 Air-Guitar Olympics, to be held in Stockholm, Norway.

I swore, on that day, that I would become the greatest Air-Guitarist of them all.

I quickly realized, that in order to practice my moves, and make them authentic, I would need to use a real guitar, but the strings hurt my fingies.

I decided to wait until technology was available to make my air-guitar moves actually make sound. Recently, Pose Estimation technology was unearthed from the ancient ruins of Mesopotamia, and I had my opportunity.

I used this magical witchcraft to form an A.I. Air Guitar that anyone could play: myself included.

Feel free to jam around on it.

I just used the Google Coral TPU usb stick and a Pi 4B. Then I installed this repo:

and just made my own custom code. I will upload that later. I just wanted to get this up here so I can say "FIRST!" and share my discovery with the world. Happy air-guitaring!