Use a 3D printed encoder wheel, LED, and 2 photocells to demonstrate how a quadrature encoder works.

Use a 3D printed encoder wheel, LED, and 2 photocells to demonstrate how a quadrature encoder works.

This will make a quadrature encoder demo (or the world's worst dimmer switch). I originally created this project to demonstrate how optical encoders work as part of a YouTube video for SparkFun.

Head to https://www.thingiverse.com/thing:1147656 and download the encoder disc files. Use a 3D printer to print the disc with 5 holes. I recommend scaling the print up to 3x size.

Encoder disc to print. Made by RafaelEstevam on thingiverse.com.

Use a bolt, dowel, etc. to allow the encoder wheel to spin. Mount it to some kind of structure. I used an Actobotics part.

Follow the Fritzing diagram to connect the various components.

Copy the code to an Arduino sketch and upload it to the Pro Mini.

As you spin the encoder disc in one direction, it causes the blue LED (listed as "lamp" in the code) to get brighter. Spin the disc in the other direction, and the LED gets dimmer.

This is obviously a project for demo purposes only. You can buy real encoders that perform much better (and probably for less money, too). If you want to challenge yourself, see if you can make the encoder respond to both edges on the in-phase detector, instead of just a falling edge. 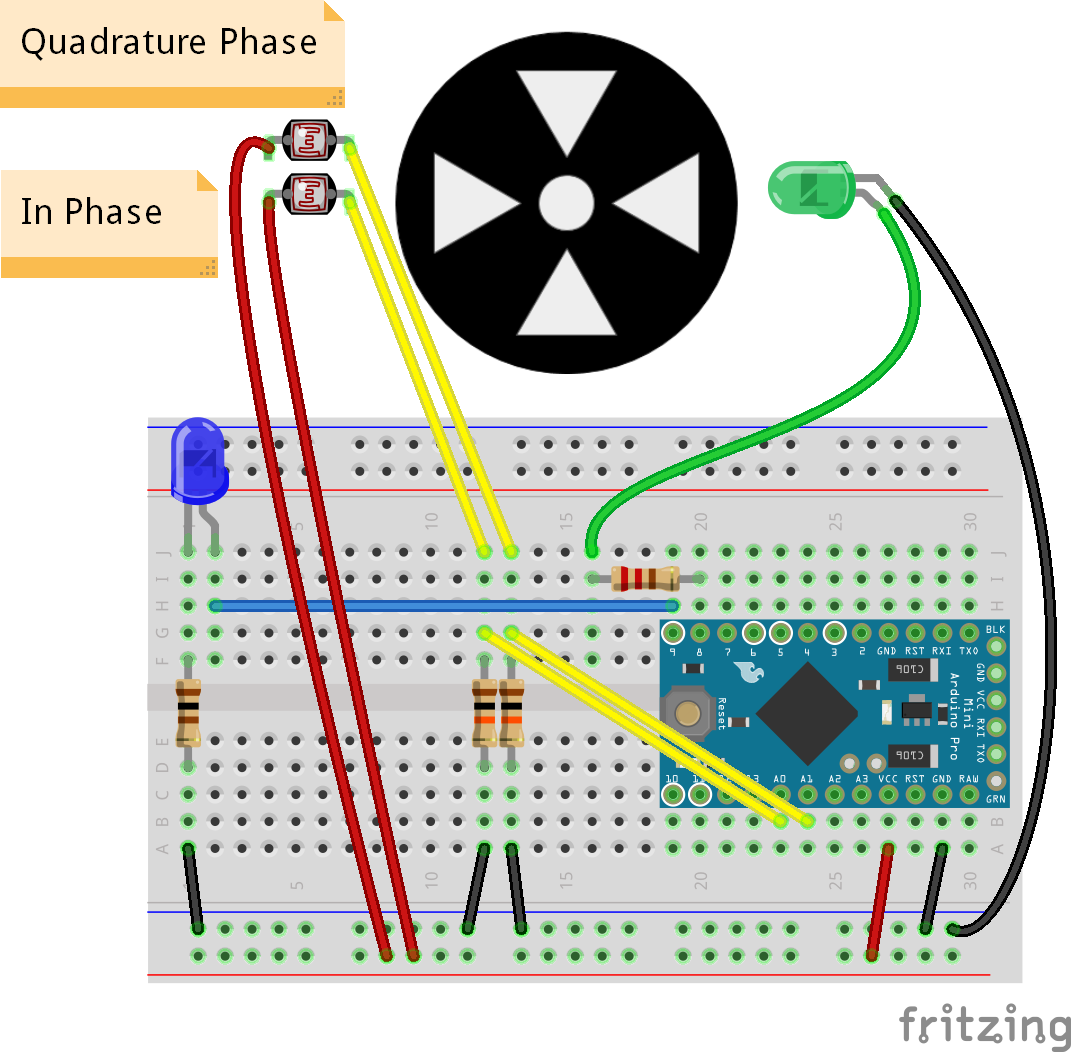