I built a gun that shoots out a narrow beam of ultrasonic audio. The sound can only be heard by people inside the narrow beam.

I built a gun that shoots out a narrow beam of ultrasonic audio. The sound can only be heard by people inside the narrow beam. 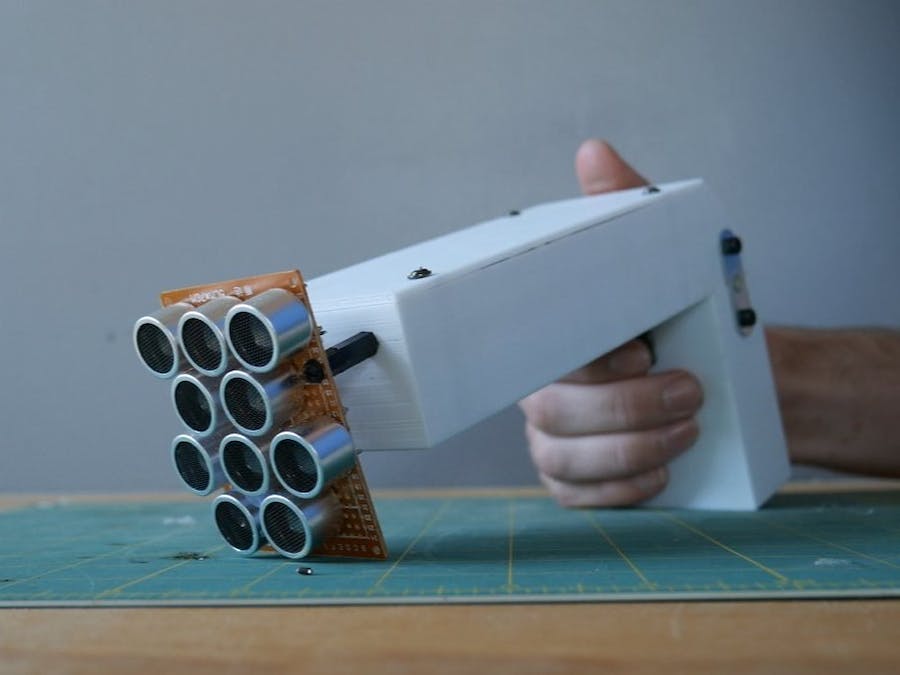 For this project I built a gun that shoots out a narrow beam of ultrasonic audio. The sound can only be heard by people inside the narrow beam, or through a nearby source when the audio gets demodulated.

I was inspired to build this project after watching CodeParades awesome video Turning Sound Into a Laser. I definitely recommend watching his video before you watch mine.

I've seen parametric speakers like this for sale on some sites but I wanted to make on for my own. It works by taking an audio source, in this case a Bluetooth speaker circuit, which then gets modulated to 40khz through a 555 timer circuit. From the 555 timer the output gets amplified and then is then sent to an array of ultrasonic transducers.

40khz is outside of the audible human range which means we cant hear it, however once the sound waves strike an object, the 40khz sound gets demodulated and you can hear the sound that's playing over the bluetooth speaker module. Because you cant hear the ultrasonic sound, It makes it seem like the sound is coming from the object. If you stand in the narrow beam of sound waves the sound can be heard, but standing just outside the beam the audio is silent.

The 555 circuit is a tricky one to get right. The slightest variance in capacitance will cause the entire project to modulate improperly and the sound will be inaudible. I recommend using a piezo buzzer instead of a transducer at first as its easier to hear if its working properly. The circuit says 160pF but this could be off slightly, just add or remove very small capacitors until the circuit is modulating at 40khz.

Once the circuit was functioning properly I added all the components to a perfboard and soldered them up. FYI the perfboard circuits capacitance was different then the one I used in the breadboard so be aware you may have to do some more tuning.

To assemble the transducer array I just pushed the leads through the holes in the perfboard with gentle pressure (I broke a couple trying too hard). I put all my transducers in order and marked the first one with tape to make sure they get wired in parallel.

Next I designed a 3D-printed case in Fusion 360. This definitely wasn't my best work and I cut a lot of corners, but nevertheless I uploaded the STL's 1, 2 and 3 above. Because I cut corners I had to use a soldering iron to poke holes for the various switches and LED's. Everything fit quite nicely though, so I still like it.

Due to the frequency of the circuit, you might have problems with induction if the components are too close, It never came up with the one I built but its definitely a possibility.

If you don't have a 3D printer, that's fine you can just get creative and put the components into any other case

If you followed my circuit, the left switch boots everything up and the LED lets you know the bluetooth module is ready to connect. Next you can connect your phone and start playing some sound. I like to either use the microphone or just play a song. Pressing the trigger will cause the ultrasonic audio to play when you have your finger on the trigger and flipping the toggle switch will cause the music to play constantly.

I really liked building this project even though I had many problems building it. Its definitely not a project for beginners as there's a lot of troubleshooting to be done.

Thanks for reading this, hope you enjoyed it. 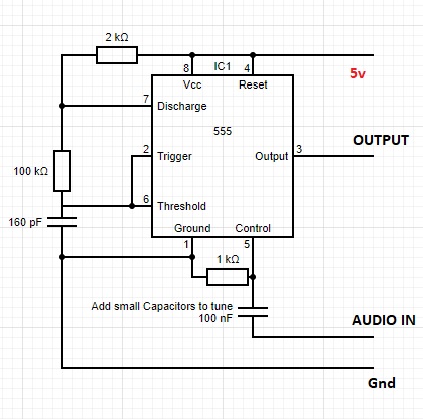 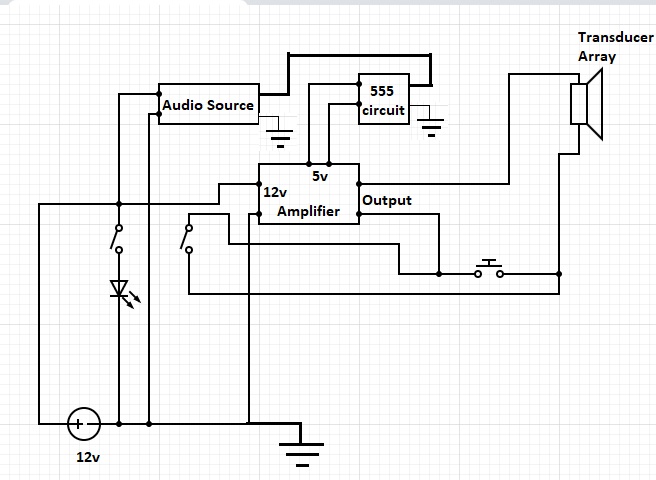 2 projects • 1 follower
ContactContact
Thanks to CodeParade.