Rando generates random numbers and selects shapes and determines their geometry based on the random number and sketches them on the floor.

Rando generates random numbers and selects shapes and determines their geometry based on the random number and sketches them on the floor. 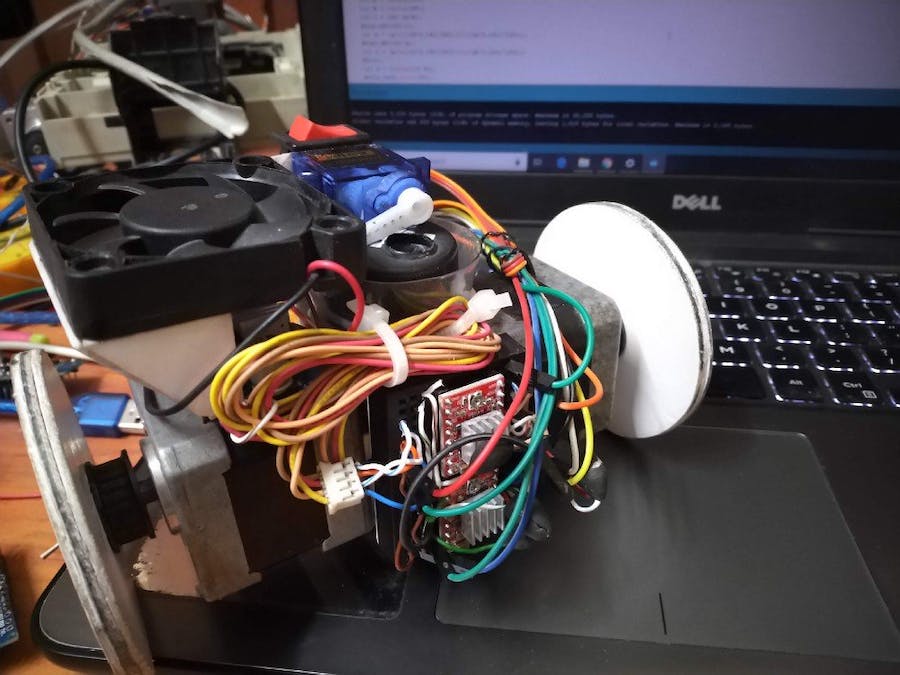 I began pondering about a robot that could sketch on the floor. Just after a brief browsing session I came to know about the awesome variations of such a project that people have worked upon!

The Open Sourced Turtle Robot (OSTR) inspired me the most. This project guided my thoughts to this two-wheeled mechanism. But then I thought what if the robot could generate its own sketches; well that would be fun to watch whats on its micro-controlled mind :D. Thus the objective was to visualize randomness and chaos on the floor!

I started with the Arduino sketch and began building the hardware and testing the circuits. The wheels were a real toughie, finally decided to glue sunboards together with criss-crossed fibers.

I tried my best to build the bot with household materials. The sketching pen is operated by a servo motor. To operate the stepper motors at 12V, I used a DC to DC converter; which apparently runs very hot, had to to mount a cooling fan which kind of looked more cool. :-)

I have coded three main functions for random lines, triangles and squares, but there is no limit to randomness! Rando can also be used for drawing predefined shapes and sketches

After assembling and a heavy round of testing (pen removed)