I2C Encoder V2 is a tiny smart board for connecting multiple rotary encoders on the I2C bus. It supports also the illuminated RGB Encoder.

I2C Encoder V2 is a tiny smart board for connecting multiple rotary encoders on the I2C bus. It supports also the illuminated RGB Encoder. 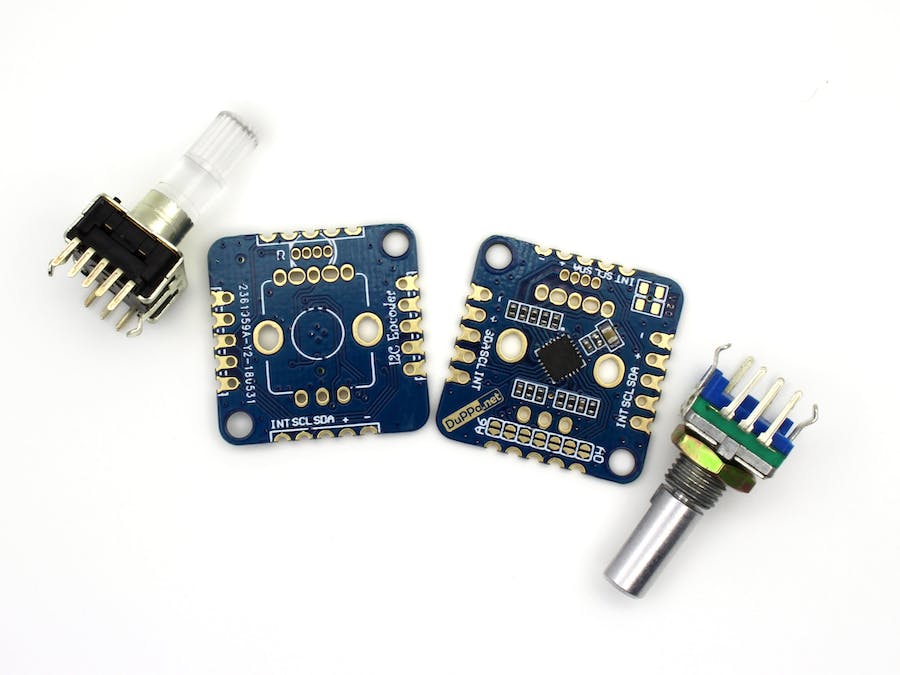 This is the upgraded version of our original project: https://hackaday.io/project/27611-i2c-encoder. We added some new improvements. Most important are the support of the RGB encoders, extension of the addressing to 7bit and a new shape

The project is now available on Kickstarter! http://kck.st/2Kh6Kta

After the first version of the I2C encoder we collected all the suggestions and we made this new upgraded version!

The project is not ready yet, we need to finish and test the firmware part.

This new version is powered by the PIC16F18344. Respect to the MCU on the first version, it has more GPIO and the EEPROM memory.

The new design of the board support both the standard encoders and the illuminated RGB encoders.

Moreover, there are the castellated holes on all the 4 sides of the PC, in this way will be possible to connect multiple board by soldering them.

The INT pin is an open-drain output, and it's used to send an interrupt to the master.

The interrupt is active low, and have multiple sources where it's possible to mask.

This is the preliminary version of the internal registers:

Now it is possible to configure the Counters register to work as int 32bit or as float numbers IEEE 754.There is also the possibility to set the Increment step, which meas that it's possible to set of how much the Counter Value is increased or decreased at every encoder step. 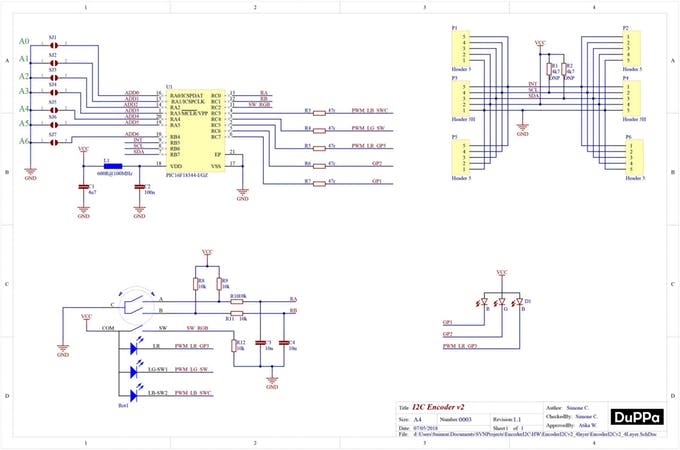 1 project • 0 followers
I'm a electronic engineer working in a electronic company. I started to learn electronics when i was 15 and i like to create projects!
ContactContact