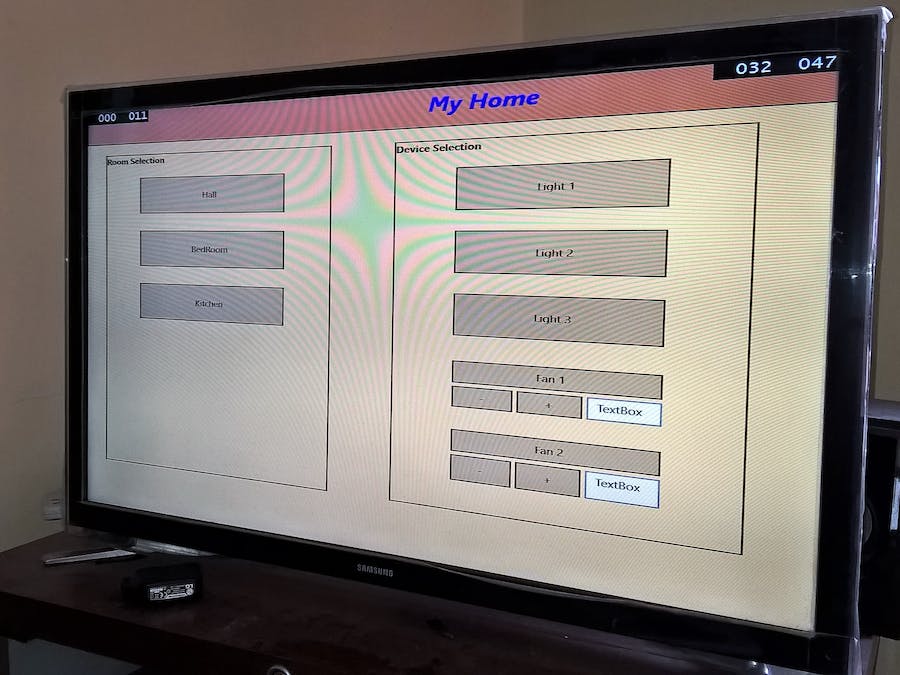 
Home Automation TV allows user to control the lighting and other appliances in front of sitting the Television.

The Raspberry Pi is connected to Television with HDMI port and it can be viewed by changing the source of the television. The Control screen displays the status of the home and other appliances. The control screen can be navigated either IR remote or RF remote.

The remote control will be used to navigate the control screen and user to select the buttons. The following key values are used,

Switch Board is powered with PIC micro controller and Xbee module. The microcontroller will send the key press to the Master Module connected to Raspberry PI. The Xbee Module is configured as Router.