An assistive technology for individuals affected by nervous system disorders like Parkinson's and Alzheimer's.

Assistive Spoon for Patients with Parkinson's

Assistive Spoon for Patients with Parkinson's

An assistive technology for individuals affected by nervous system disorders like Parkinson's and Alzheimer's. 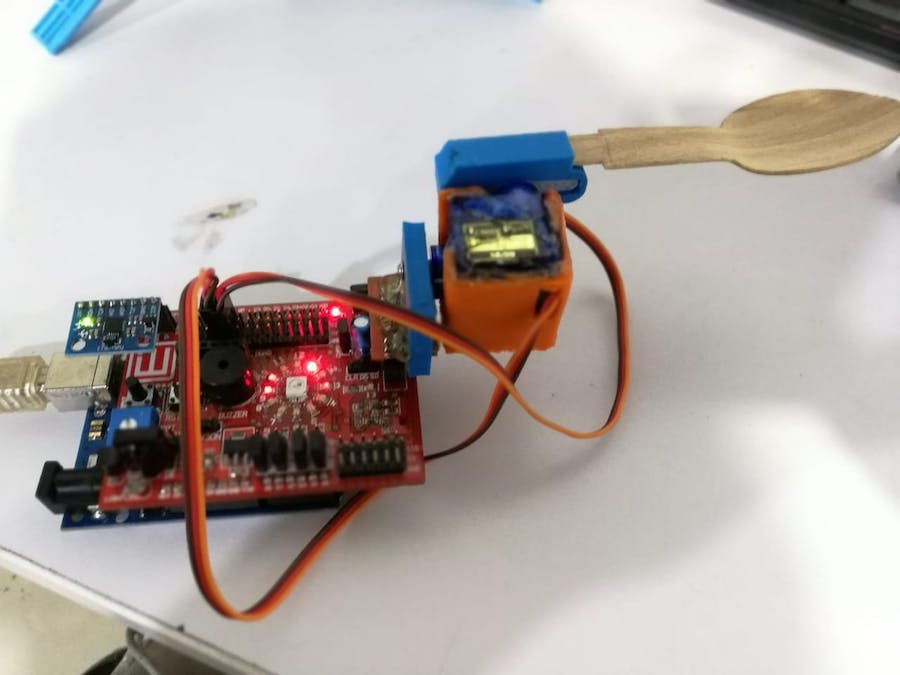 Parkinson's disease is a progressive nervous system disorder that affects movement. Symptoms start gradually, sometimes starting with a barely noticeable tremor in just one hand. Tremors are common, but the disorder also commonly causes stiffness or slowing of movement.

In the early stages of Parkinson's disease, your face may show little or no expression. Your arms may not swing when you walk. Your speech may become soft or slurred. Parkinson's disease symptoms worsen as your condition progresses over time.

Parkinson's disease signs and symptoms can be different for everyone. Early signs may be mild and go unnoticed. Symptoms often begin on one side of your body and usually remain worse on that side, even after symptoms begin to affect both sides.

Parkinson's signs and symptoms may include:

We were greatly inspired by Liftware Steady (https://www.liftware.com/steady/) which is a product sold for this very purpose.

The goal of our project was to be able to understand what are the system dynamics and leanings which can be accrued by building a similar project with off the shelf components.

We realized early on that this was expected to be a challenging project and would take the team in arenas of motion control, physics and 3D math that we had a working knowledge of, and this project helped us put our theory into practice.

The design was expected to be held in hand and be able to help cancel out any tremors the person's hand felt, thus providing the ability to level and steady out a spoon held at the end of the prototype.

It was obvious we had to use some kind of sensor which could measure tilt, acceleration, relative and absolute if need be. Fortunately, the MPU6050 from Invensense was a module we had used in the past, and were confident that it would deliver us the dynamic response (speed of measurements) we wished to have.

We needed to be able to move the spoon fast enough and accurately enough, and figured out that a hobby servo can be used. These have a reasonably fast response and can deliver good torque.

We are the makers of the Idiotware Shield, and it was a natural choice for us to use it in the project, so we could get going as quickly as 5 minutes with all the wiring and hardware configurations.

Steps to Build the Project

Over a couple of days, we were able to first figure out the values of the MPU6050 sensor and the built a custom two axis rotational mechanism using two servo motors ( whose axes were placed orthogonally) and a couple of pieces of 3D prints.

Our initial questions got answered well in our first prototype. Some of our assumptions about speed and response were close to what we saw in actual.