A list of simple but interesting DIY arduino projects for beginners.

A list of simple but interesting DIY arduino projects for beginners. 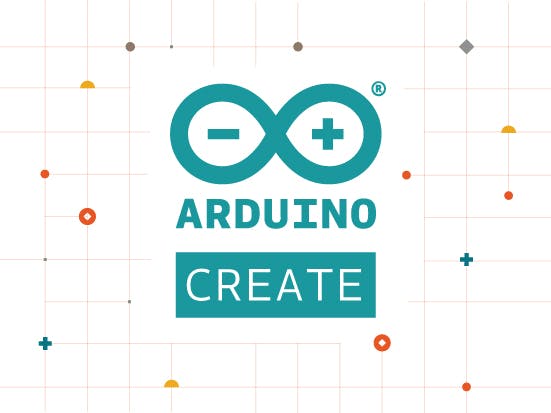 1. Create your own Arduino(Uno) Shield PCB board

The beauty of the Arduino is that it’s open source, which means you can make your own pretty easily with off-the-shelf parts. You can create this Arduino(UNO) 3 x 3 x 3 LED Cube Shield very easily using EasyEDA and when you’re done building it. You’ll have a much better understanding of exactly how the Arduino works.

RGB LED Shades! They're colorful, bright, hackable, and the ultimate expression of blinky awesomeness. RGB LED glasses with various animations - programmable LED show glasses with 68 full-color pixels. The LEDs can show different colors by mixing levels of red, green, and blue, just like the screen on your computer or phone. An integrated Arduino-compatible microcontroller controls the color of each pixel to display a wide range of colorful animations. Here the DIY RGB LED Shades PCB is cleverly designed and manufactured by using EasyEDA. Now, it’s possible for you to build your own RGB LED Glasses very easily and cheap.

In this Arduino project guide will show you how to make an RGB interior car lighting by using the Arduino uno board. Many car enthusiasts enjoy adding extra lights or upgrading the interior bulbs to LEDs, however with the Arduino platform you can enjoy a greater level of control and detail by controlling high-powered LEDs and lighting strips. You are able to change the lighting color through an Android device (phone or tablet) by using the "Bluetooth RGB Controller" application (Dev Next Prototypes) that you can download for free from Android Play Store. Also you can find the electronic circuit schematic at EasyEDA and order your PCB custom Arduino based circuit.

4. Make Your Own Power Meter/Logger

The power meter/logger is combined by an Arduino, an INA219 power monitor IC, an OLED LCD and a Micro SD Card PCB. It has more functions than the popular USB Power Meter.Here you can find the schematic for the Arduino Nano version and the portable version of this project on the EasyEDA website.

5. Add more Digital Inputs and Outputs to your Arduino

A lot of Dev Boards like Arduino, STM, ChipKit etc (Even micro computers like Raspberry Pi) have a limited number of Digital input and output pins, which is a serious problem for the makers while creating them projects, especially when the Dev Board should be connected to an important number of peripheric (Exemple: the 5x5x5 LED Cube where you need to control more than 100 LED). This project solved the problem perfectly, which satisfies the users desires by making a Hardware and Software solution to add more Digital I/O pins to your Arduino.

Smoke Detectors are very useful in detecting smoke or fire in buildings, and so are the important safety parameters. In this DIY Arduino project, the Smoke Detector Circuit not only sense the smoke in the air but also reads and displays the level of Smoke in the Air in PPM (parts per million). This circuit triggers the Buzzer when Smoke level becomes higher than 1000 ppm, this threshold value can be changed in the Code according to the requirement. This circuit mainly uses MQ2 Smoke/Gas sensor and Arduino to detect and calculate the level of smoke. MQ2 gas sensor is also sensible to LPG, Alcohol, and Methane etc.

VU Meter or Volume Meter is very popular and fun project in Electronics. We can consider the Volume Meter as an Equalizer, which is present in the Music systems. In which we can see the dancing of LEDs according to the music, if music is loud then equalizer go to its peak and more LEDs will glow, and if music is low then lesser number of LEDs shall glow. Here the VU Meter was built by using Arduino and taking the audio input from 3.5 mm jack, so that you can easily provide audio input from your Mobile or Laptop using AUX cable or 3.5 mm audio jack.

None of us could deny the fact that we would love with to play with LED’s and lighting stuffs. I love to play with LED’s and create attractive lighting effects. This project was a result of such attempt where created a stunning RGB light effects using the popular development platform Arduino Nano. You can access this page to see the circuit, code and instruction on building this project.

9. Make your own Motorized Camera Slider

In this project, GreatSoctt shows you how to repurpose two old camera tripods in order to create a motorized camera slider. The mechanical system consist mostly of aluminium and steel which makes the slider sturdy and pretty decent looking. The electrical system consists of an Arduino Nano with LCD, rotary encoder, limit switches and stepper motor.

10. How to Add an IR Remote to a Speaker System

In consumer electronics, a remote control is a component of an electronic device such as a television set, DVD player, or other home appliance, used to operate the device wirelessly from a short distance. Remote control is primarily a convenience feature for the consumer, and can allow operation of devices that are out of convenient reach for direct operation of controls. Here shows how to create an additional circuit for speaker system in order to control it wirelessly with a homemade IR remote.

All these awesome Ariduino projects were built in EasyEDA. Hopefully, you can get some ideas from these projects, then find at least a few projects that you can tackle with your new Arduino kit.