In this project we can see how to train a neural network using TensorFlow and implement it in Avnet Azure Sphere MT3620 and ESP32.

How to Build a Neural Network in Microcontrollers

How to Build a Neural Network in Microcontrollers

In this project we can see how to train a neural network using TensorFlow and implement it in Avnet Azure Sphere MT3620 and ESP32. 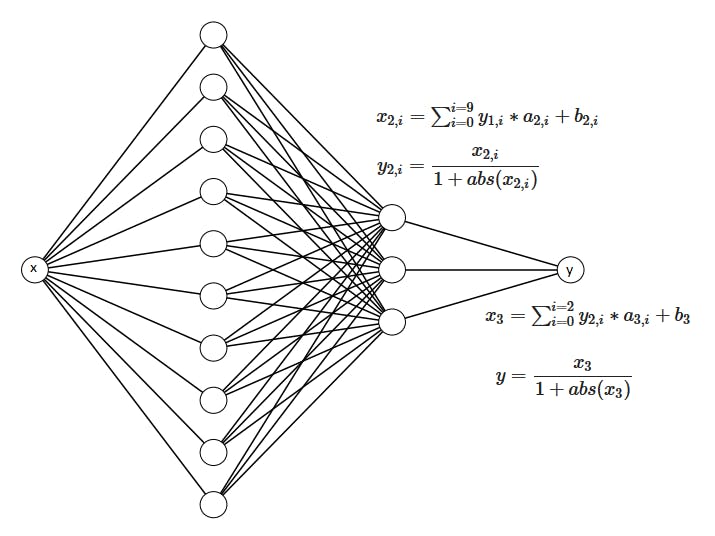 We are going to train a neural network using TensorFflow and implement it in a microcontroller. Our neural network is going to predict the sin(x). Using the same procedure we can predict differents outputs with the right data.

An Artificial Neural Network is defined in the wikipedia as "computing systems vaguely inspired by the biological neural networks that constitute animal brains. Such systems "learn" to perform tasks by considering examples, generally without being programmed with task-specific rules.

So the first part is that we have to teach the NN how a sin(x) function is.

We use TensorFlow in colab, here is the link https://colab.research.google.com/drive/1ABDULCjzvNZJ6TwHpTvAJnKeyM-_kfPR

And x, y pairs for test our NN:

The basic unit of computation in a neural network is the neuron or node It receives input from some other nodes, or from an external source and computes an output. Each input has an associated weight (a), which is assigned on the basis of its relative importance to other inputs plus constant, called bias (b). The node applies a non linear function to the weighted sum of its inputs called activation function. In our case we use the softsign function as activation function.

We now define a simple Neural Network, with nodes arranged in layers. Nodes from adjacent layers have connections or edges between them. All these connections have weights associated with them. We use four layers, one input layer, two hidden layers and an output layer.

In TensorFlow is defined as:

The we train the model and record a video of the training, you can see the video here

We evaluate the model, and the error is very low.

In order to implement the model in the microcontroller we need the architecture, that we define before of three layers and the weights os each node.

We have three layers as we expect and these are the weights:

The input layer has only one input the x we want to calculate y = sin(x).

The first hidden layer has 10 nodes, each node performs the operation:

So the first array has 10 elements, an "a" for each node, and the second arrary of 10 elements are the "b".

I use platformio + vs code. For MT3620 you need to install the platform support from here https://github.com/Wiz-IO/platform-azure

Now we can implement it in the microcontroller. I have implemented it in the M7 core of the MT3620 board, and in an ESP32.

And one for the activation function, the softsign function:

We ask for an input using the serial port, then we pass it to the first hidden layer, the result is passed to the second hidden layer and the output to the output layer:

Finally we compare the prediction with the output of the sin function.

The same code could be used in an ESP32 and with the same results.