Smart system to monitor and water the garden using the Onion Omega2+ with the IBM Watson IOT Platform.

Smart system to monitor and water the garden using the Onion Omega2+ with the IBM Watson IOT Platform. 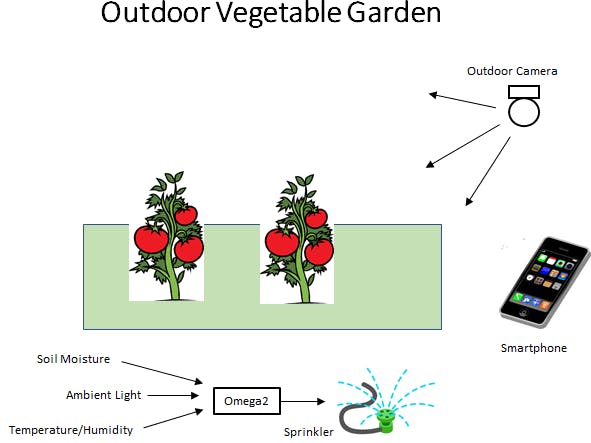 We have a raised garden bed that needs to watered when we go on extended trips. In Oregon the weather is fairly unpredictable so regular scheduled watering is not effective. The intent of this project is to implement a smart control system that uses multiple sensors to determine when to water and also uses a camera to allow remote monitoring to verify conditions.

The sprinkler system is implemented using a set of low flow misting heads. This reduces the water flow rate to allow time for sensor feedback to prevent over watering. Control is provided using a 12V solenoid valve in-line with the water hose. I wanted the system to be fail-safe against the loss of internet connectivity, so I used an FC-50 Soil Moisture control module which has an integrated LM393 comparator and an onboard relay to operate the water valve. I modified the wiring to the module so that I could feed the moisture sensor output to the Arduino Dock for monitoring. I did not have time before submitting the project, but I am also going add a control output in parallel with the comparator output so that the Arduino can also turn on the valve (using feedback from Watson).

I used the setup from the Onion-Omega2-Project-Book-Vol1 Weather Station as the basis for the sensor integration with Watson. I was able to use the Omega Python code directly. I modified the Arduino code to use a DHT11 and add the light and soil moisture sensors.

I had originally intended use an outdoor IP camera to monitor the garden. I was not able to get that to work in time, so I am temporarily using a USB webcam attached to the Arduino dock to take the snapshots. Again I was able to leverage the Time-Lapse Camera from the Omega2-Project-Book. My final solution will use the outdoor camera.

I am currently using a micro-USB power adapter for the Omega2/Arduino Dock and a separate 12V supply for the Relay Module and Water Valve. My final solution will use a 12V adapter in conjunction with a 5V regulator that will be integrated into a custom electronics housing.

The Watson Platform is being run in a Chrome web browser. Alerts are sent via email and the snapshots are available using the web interface on the Omega2. So, technically the functionality is available via a browser on a smart phone but I'd like to create an app for the iPhone.

Soil moisture probe is inserted in dirt near base of plant.

Wire the sensor interface protoboard per the schematic.

[All the following steps assume that the Omega2+ has been initially set up on a WiFi network with Internet connectivity per the Onion documentation: https://docs.onion.io/omega2-docs/index.html. I will be using the puTTy ssh terminal to interface to the Omega2.]

Step 5: Load the Python code on the Omega2+.

The project code is available on GitHub: https://github.com/OnionIoT/iot-weather-station.git

On the Omega2+ cd to the project directory and type the following command:

The published data will now be visible in the terminal window.

Create a Garden Controller Board type.

Install the fswebcam utility per instructions for the Time-Lapse Camera project. Create a storage directory: mkdir /root/photos. Link the directory to /www so that photos can be accessed by a web browser using command: ln -s /root/photos /www/photos. Create a script in photos directory to take snapshots: snapshot.sh.

Create a cron job to take snapshots at 8 am, noon and 8 pm using

Use web browser to view pictures at http://omega-xxxx.local/photos.

I was not able to complete all that I wanted in the timeframe required by contest submission. I definitely want to have more interactive control from Watson and I'd like to also have snapshots or video uploaded to Watson. I want to implement an IP camera so that I can use the camera's built-in webserver to deliver pictures and video. 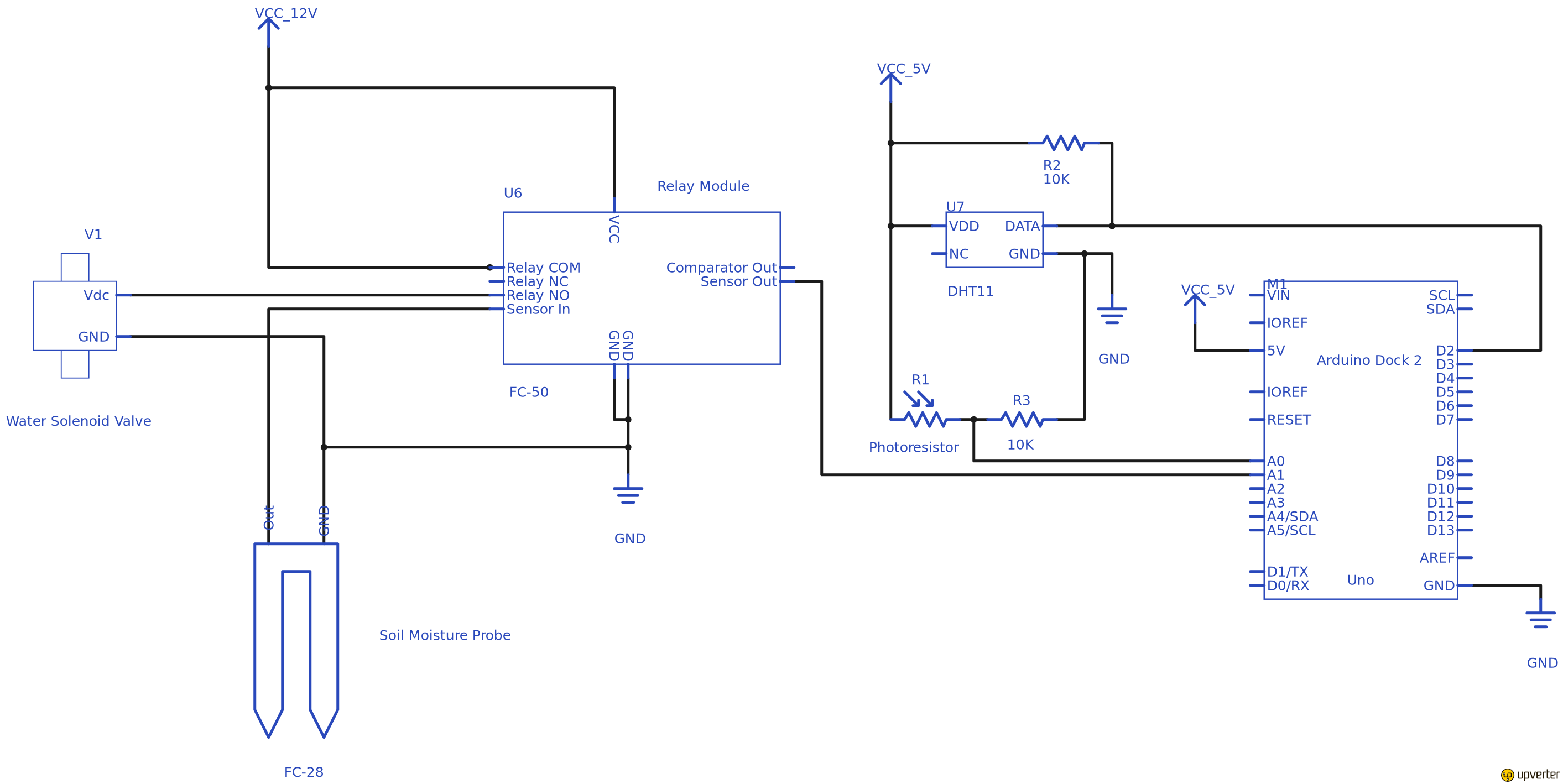