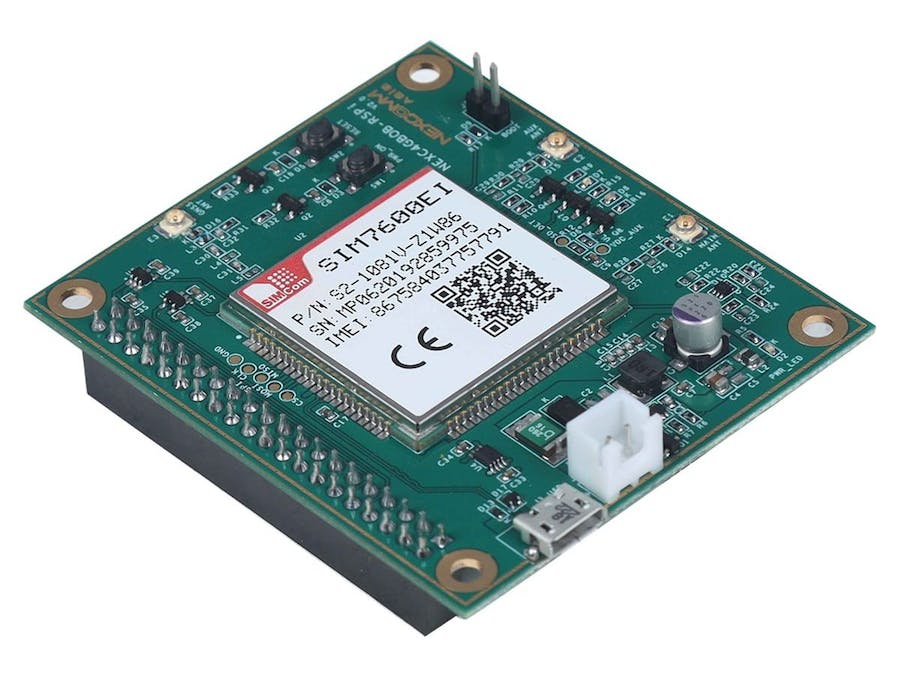 • Can be powered through Raspberry Pi USB or external +5V ± 5%

· Connect all the peripheral as shown in the figure above. Connect the LTE main antenna, diversity antenna and GNSS antenna to the 4G HAT board’s Main Port Aux port and GNSS Port, respectively. For the RF connector locations, refer the following figure:

· Press the PWRKEY button on the HAT board, hold it for 1s and then release. Wait for 10-12 seconds, for the NET indicator (Network status LED) to start blinking. Generally, the NET indicator will fast flash initially (1 time per second), which means that the SIM7600 4G module has not logged in the Network. After logging in, the indicator become to flash slowly (1 time every three seconds). This process of SIM card registration and logging in to the local cellular network will last several seconds to dozens of seconds.