Ever wanted a fun robot monkey that you can customize wear with you on adventure, or just use as an avatar, well I got the bot for you!

Ever wanted a fun robot monkey that you can customize wear with you on adventure, or just use as an avatar, well I got the bot for you! 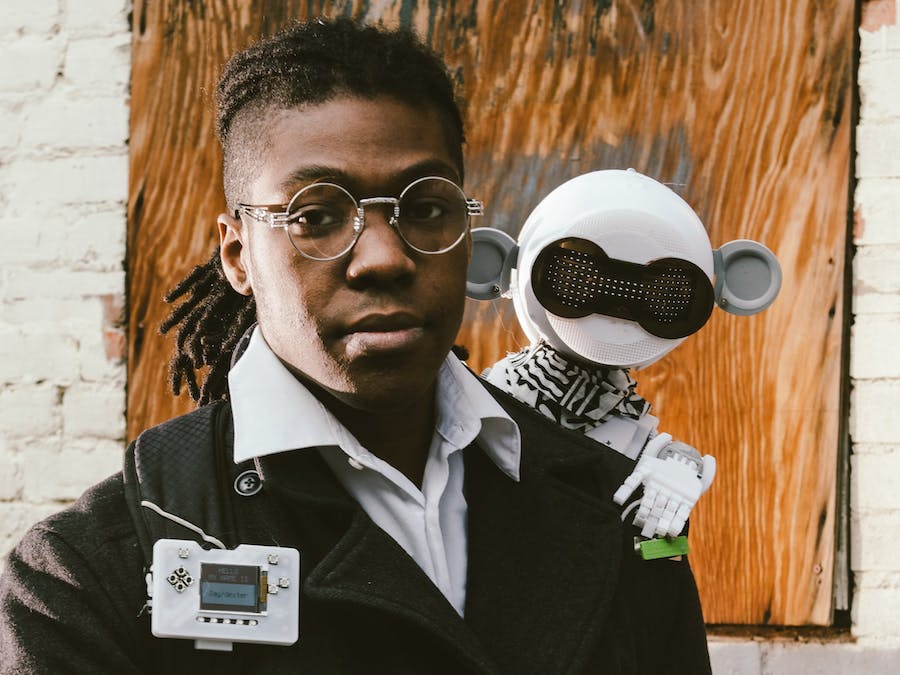 Heya, it's 2020, so let's start off strong, allow me to tell you the tale of my robot monkey companion, Dexter. Lats year was a big year for me entering the eye of maker world, I got invited to talk at hackaday, you can find that video online (its bad I know, but I was nervous) but Thanks to that event, and me being told about it 3 months Prior, I began working on my robot monkey Dexter. Dexter was a 4month Journey of failure. A lot of things worked and did not work and I constantly kept upgrading him, I even up graded him at the event giving him his new custom eyes. What I am sharing with you, is Dexter V4, the most upgraded Version of Dexter. I made dexter with the intention and ability to be upgraded and customized depending on the person. I admit He is still not perfect and I still made my own wholes to add screws, and Hot glued a lot of him, but I hope you guys like him.

So to make it as easy as possible I number and named the parts to make dexter, the longest builds. I recommend Starting with the head. The head is made of 3 parts. Front plate, Back Plate, and middle plate. I would print these 1st. Next the neck and rib cage. These are good to assemble the head to the neck plate that way you can have a piece of him built. Next the servo Gears. I recommend Printing these at the highest quality, they should fit any micro servo but I know they tend to warp if the quality is low. Add the gear onto the servo and add it to the rib cage. I recommend having a servo test and see how the servo mesh and moves the neck.

If it works well or good to your specifics continue on. The rib cage also has the same servo placements in the sides of the ribcage you can add servos there as well to help move the arms.

I like to Point out in the end I used Ball joints to make Dexters arms because they can be moved and adapt to when he is on my back.

I recommend printing the stomach next. It's pretty big and will be used to hold most of the circuit inside it. There are two (stick thingy) that are on the stomach, with a screw, or glue, you can attach the stomach to the rib cage.

At this point I would be preparing your circuit. Dexter is cool because he can be customized, I made him in a way you can edit his system and make and put your own circuit in him. One that I used casually, is “ADAFRUIT TRINKET PRO and a ADAFRUIT POWER BOOSTER” with this I can usually move the max around 6 servo at random intervals.

I used photoshop to edit this image.

Next the EARS. The ears are, pretty simple just using a simple micro servo, I attached the servo to the back of the inner skull piece like so.

Attach the servo arms in such a way they would push and pull the ears, and attach the ears to the top part of the inner skull. This gives dexter his moving ear look.

The eyes are next, I am using Dexter’s V4 emote eyes these are actually hacked CHEMION glasses. There are multiple tutorials online on how to hack these and re-wire them. I will link my personal favorite tutorial on how to do this. https://www.youtube.com/watch?v=xBOrmM351pg.The covers are just laser cut acrylic and they are hot glued to the cover.

Next I recommend printing out the other parts, the butt plate the legs and hands and feet, its easy to assemble dexter, but the print time does take a while. The back of the head plate, I design to have 4 slots, with switches so you can wire up the eyes and servos with the ability to turn it on and off. I usually put the circuit in Dexter's stomach so some of the wires are shown through his next I usually hide them with a scarf.

Oh also his tail, Almost forgot, used these wire I covers from thingiverse (sorry can't find the link, if you know it please let me know so I can give credit), to make his tail and used armature wire as a base so his tail can move and bend and you won't have to worry too much about his tail to hit people.

Lastly I wanted to add what's special about dexter, the reason there are 4 switch holes in the back of the head design is the fact that you can add other circuits to him.

AS you can see I use a lot of adafruit Products.

My current Dexter has a LED circuit to glow, and a touch sensor to make dexter do high fives hahaha.

So here you all are I hope you like it. 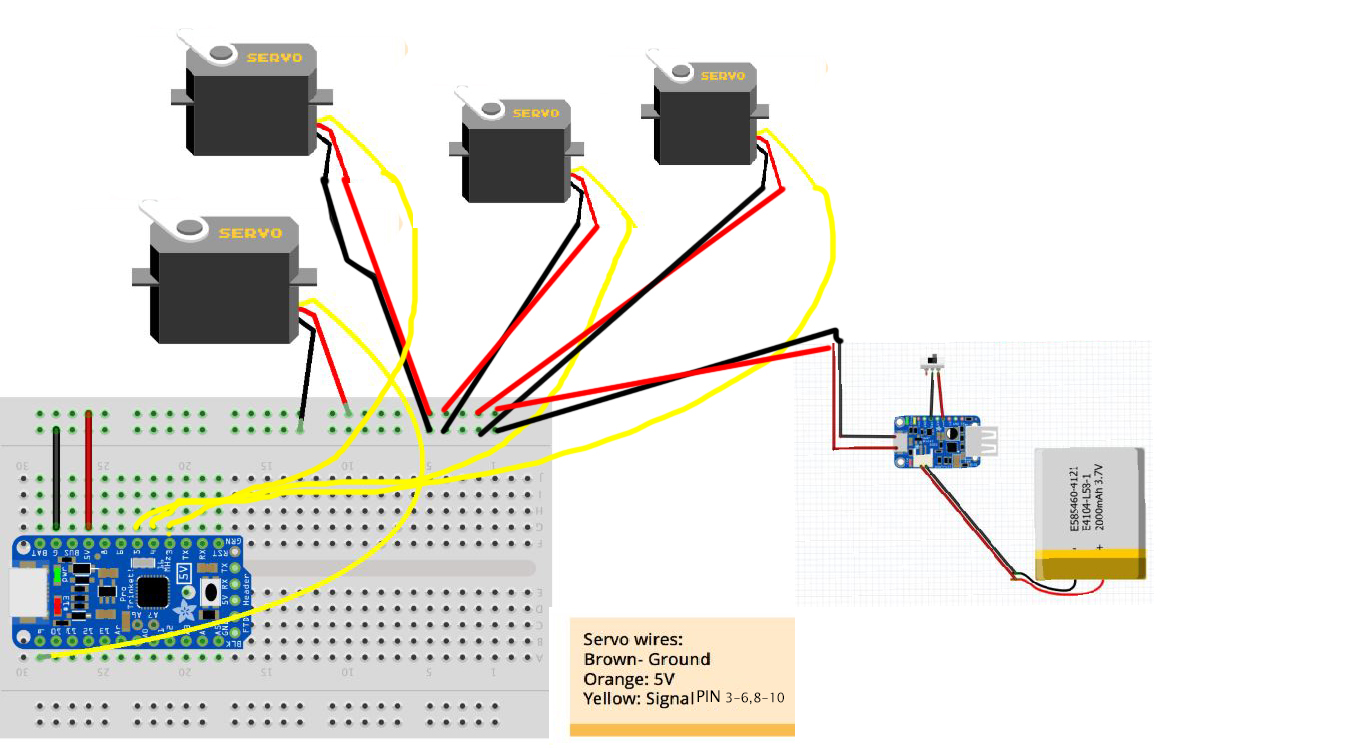