A useful project on an Arduino control system: a complete tutorial video with explanation of the schematic, components used and code.

A useful project on an Arduino control system: a complete tutorial video with explanation of the schematic, components used and code. 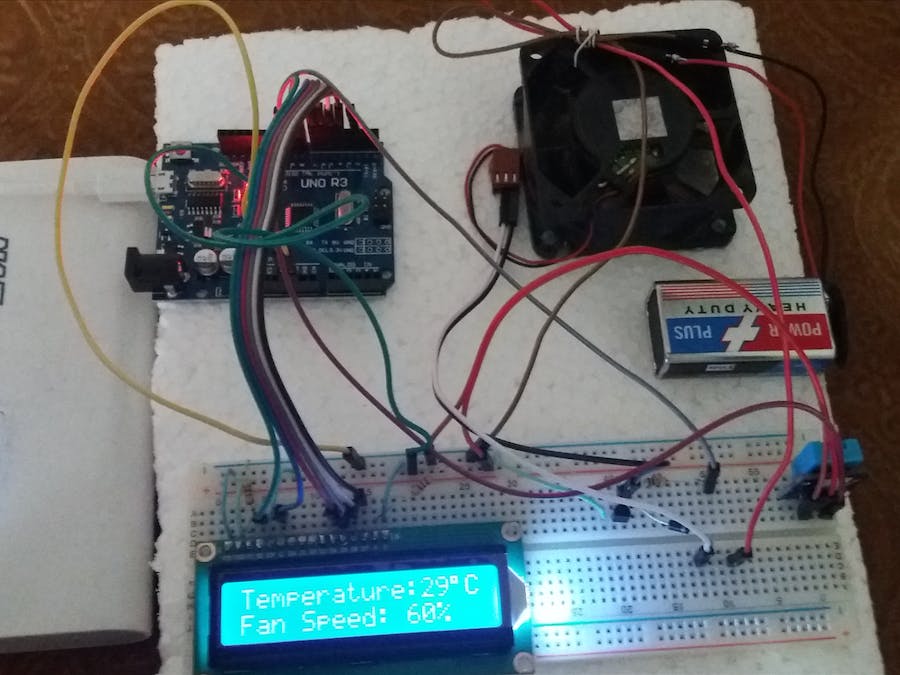 Electric Fan is one of the most popular electrical devices due to its cost effectiveness and low power consumption advantages. It is a common circuit and widely used in many applications. It is also one of the most sensible solutions to offer a comfortable and energy efficient. In fact, the fan has been long used and still available in the market.

Nowadays, the demand for accurate temperature control and air freshening control has conquered many of industrial domains such as process heat, automotive, industrial places or office buildings where the air is cooled in order to maintain a comfortable environment for its occupants. One of the most important concerns involved in heat area consist in the desired temperature achievement and consumption optimization. Fan can be controlled manually by pressing on the switch button. Where in this method, any change in the temperature will not give any change in the fan speed. Except the usage change the speed of the fan which is manually. So, an automatic temperature control system technology is needed for the controlling purpose in the fan speed according to the temperature changes.

The advantages of automatic fan control for air conditioning system mainly include the following.

In this Arduino based project, we are going to control DC fan speed according to the room temperature and show these parameter changes on a 16x2 LCD display. It is accomplished by the data communications between Arduino, LCD, DHT11 sensor Module and DC fan that is controlled by using PWM. PWM is a technique by using which we can control voltage.

Here in this project we have used a sensor module namely DHT11 that are already have discuss our previous project namely “Humidity and Temperature Measurement using Arduino”. Here we have only used this DHT sensor for sensing temperature, and then programmed our Arduino according to the requirements.

Working of this project is very simple. We have created PWM at PWM pin of Arduino and applied it at base terminal of transistor. Then the transistor creates a voltage according to the PWM input. 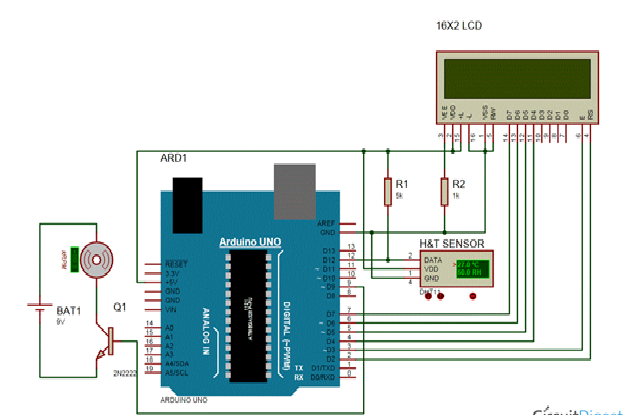