I created an alarm clock which gets me out of bed as pleasantly as possible. It wakes me up to a Spotify playlist & controls a BT light bulb

I created an alarm clock which gets me out of bed as pleasantly as possible. It wakes me up to a Spotify playlist & controls a BT light bulb 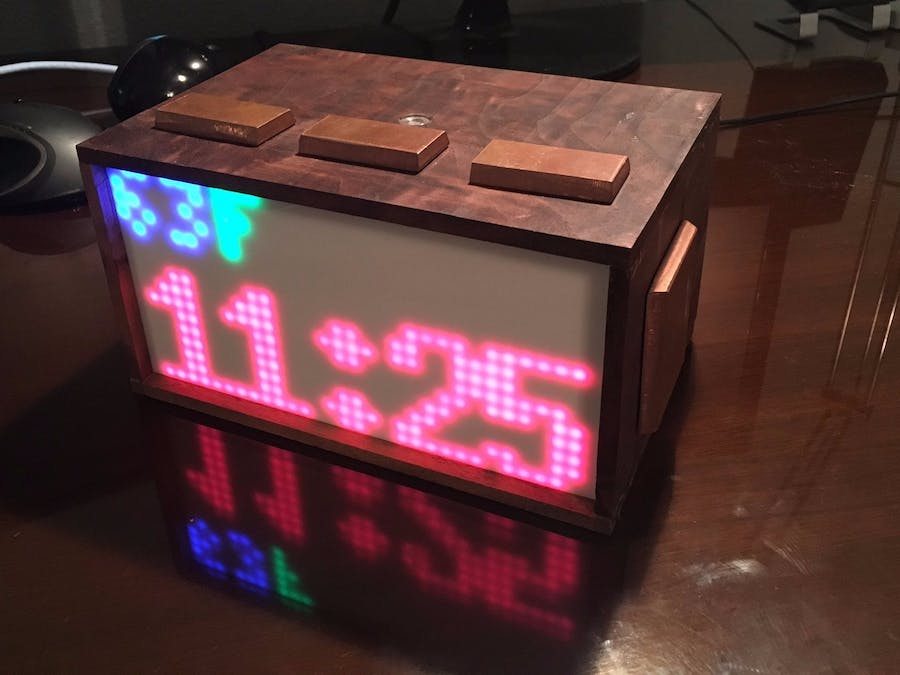 Have you ever thought about something for TWO and a half years? I mean, there were some breaks in there. I had other things in life come up, career goals to focus on, and even moved states! But, from the first idea to the last bit of glue drying on this project... it's been on my mind. Some technological advances greatly helped me finish this project. It was really nice going from a Raspberry Pi B+ to the Pi 2 and enjoying the speed boost!

What started as a quick sketch to one of my coworkers became a two and a half year journey. I've learned a lot of new skills that I would not have pursued if it was not for this project like:

The original sketch from October 2014

Objective: Create an alarm clock which gets me out of bed as pleasantly as possible.

Requirements: - Wake up to a Spotify playlist ---This way, I can edit the playlist on my phone or computer anywhere in the world – not relying on FTPing local files and connections to the Pi - Set the alarm from a webpage - Screen is viewable from across the room - Turn on a bluetooth lightbulb

I wired up a display but was getting a lot of interference from the jumper cables.

Adafruit eventually released the RGB Matrix Pi HAT with a RTC. This was just what I needed for an alarm clock!

The RGB Matrix Pi HAT with RTC from Adafruit

I then added the touch capacitive buttons to the project. Did you know you can buy random pieces of metal from OnlineMetals.com? $20 later, I had five pieces of highly conductive copper plate cut (approximately) to size. I learned the hard way that they don't cut to exact measurements.

I made this schematic mock-up using Fritzing. Highly recommended!
Sometimes the real life version doesn't look as neat.
1 / 3 • There were a few iterations of the clock face as well
1 / 2
1 / 2 • Whoops! We all make mistakes - it's how you recover from them!
This is the bluetooth lightbulb I use

This is the bluetooth lightbulb I use -- MiPow Playbulb Color. I've done all the hard work required to change the color and turn it on. Just look for the BulbON.py script in my github repo.

This winter, I was driving to Lake Tahoe and needed to get up very early. If I wanted to be on the first chair up on the mountain (8am), I needed to get up pretty early to allow for about 4 hours to drive from San Francisco to Northstar Ski Resort. So I decided to set my alarm for 3:14am to allow myself 46 minutes to get ready, load the car, and eat some breakfast before 4am. This is a skier/snowboarder thing, you might not get it :)

Anyways, the alarm worked perfectly! Woke me up to a perfectly crafted Spotify playlist and turned on my bluetooth light bulb. All the stimulation helps get me out of bed! 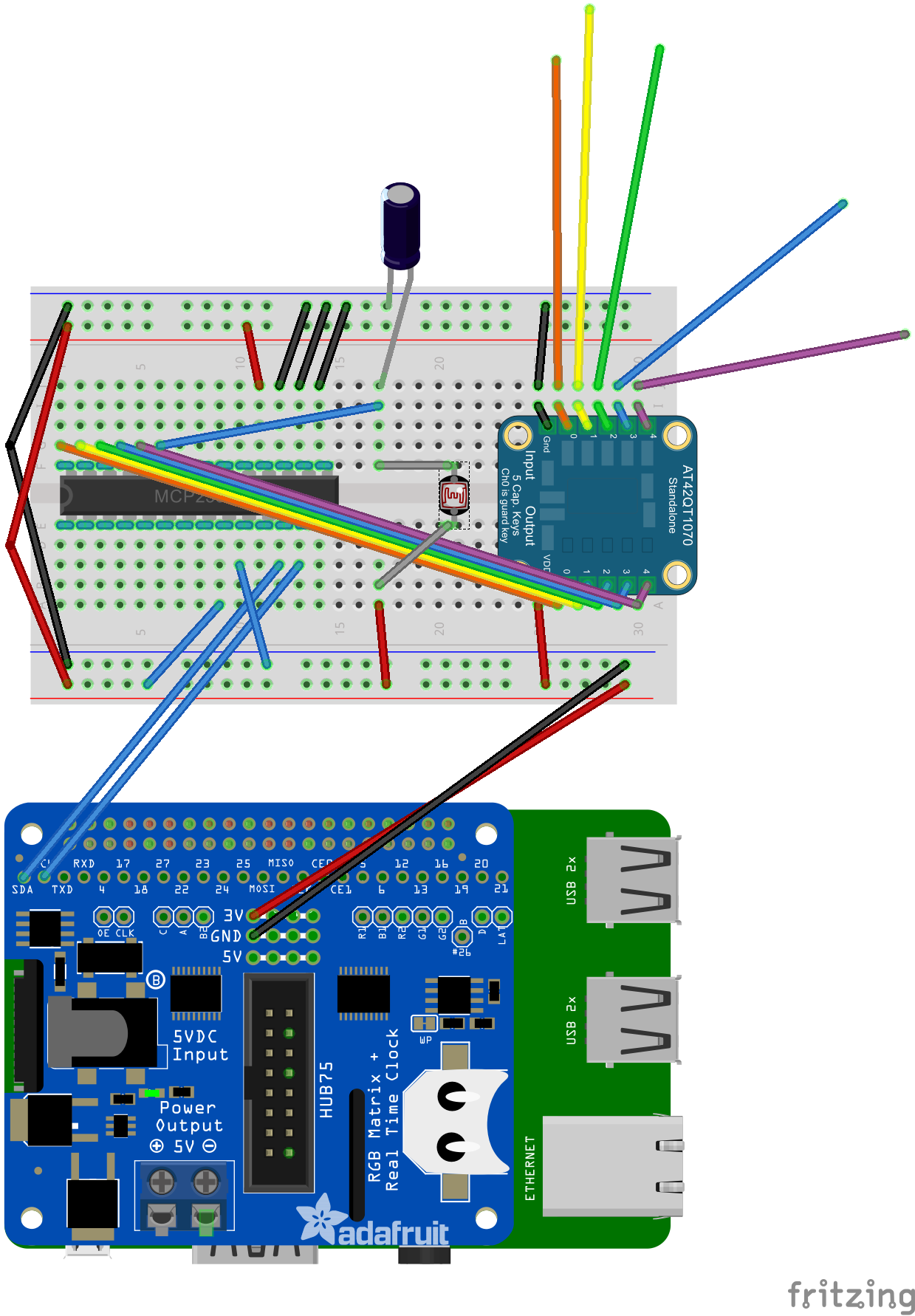 1 project • 0 followers
ContactContact
Thanks to Jeffkub and Tony DiCola.