Your plant will have the needed water for months. Displayed: humidity and time since last pumped water! Cheap and only a few components!

Your plant will have the needed water for months. Displayed: humidity and time since last pumped water! Cheap and only a few components! 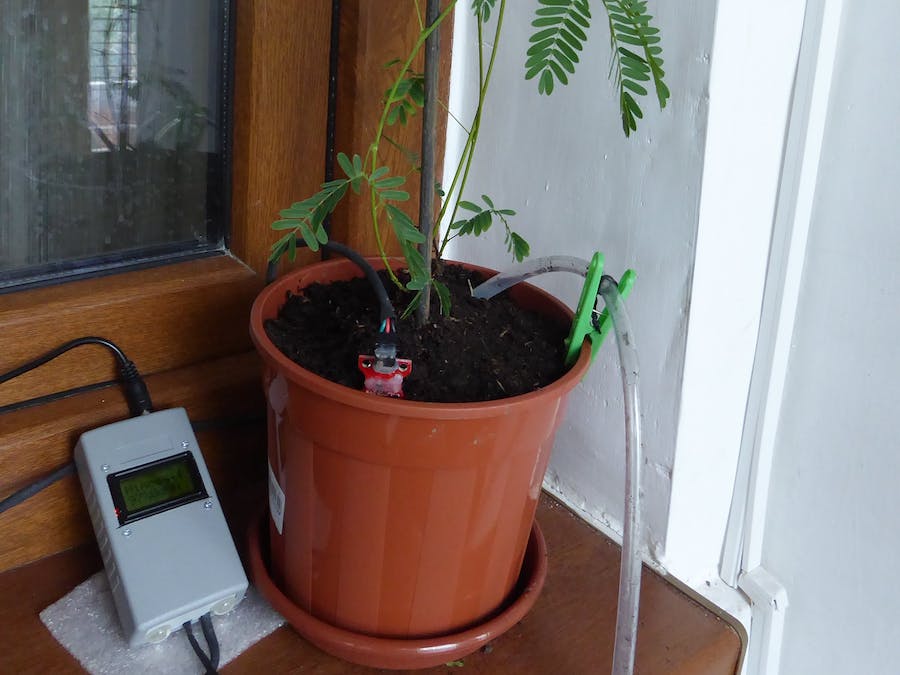 Mimosas are some of the most sensitive plants. If you left one without water for a week (whether because you went on holiday, or you simply forgot it), you will be sorry!

There are many Arduino projects dedicated to this objective, but it depends on what you want:

We selected the second option.

This is the central unit, which displays the mimosa emoticons: happy :) normal :| or unhappy :( , then the soil humidity (%), number of days and hours since last water was pumped. You can use any another display, of course. This one is reused from another board (Pololu A-Star Prime).

The moisture sensor is in fact from here: BangGood. It is a resistivity based sensor, which is not corroded as others write in Hackster projects. If you power-it on for only several milliseconds each time, just enough to read the humidity, it works fine. The one I show, worked for months, without any sign of corrosion. Just use the attached software. However other issues could occur: wet mud attaching to the sensor, thus indicating a different local humidity from the rest of the pot! If the sensor is too far from the water tube, the readings will have a large delay: time for water to diffuse in the pot!! Put it sufficiently close to the water tube to stop the pump, before there is too much water in the pot !! Change the humidity threshold in the software, according to your plant requirements. This one pumps water below 95% humidity, for a certain number seconds, depending on the pot size. Then, after the reading period (10-15 min), if the indicated humidity did not surpass the threshold, a new quantity of water is pumped. This method allows time for water to diffuse in the pot. Only two watering in a given interval (8-12 hours) are allowed to avoid spilling water, before diffusion.

As micro-controller, we suggest the AtTiny85: it has the necessary I-O pins, just enough for the purpose (and cheaper than other Micro Controllers!).

The whole device (pump included) is continuously powered from a 220V power adapter giving 9V/ 0.5A. In case of a power failure, (hopefully lasting less than a few days, or else the plant will dry out!), it is not a problem. The system will restart, reading the humidity and pump water if needed, then will reset the hours and days counter.

Powering the pump is done by a Mosfet module, but this can be done by other means too, (e.g. a relay). The display can be any other with I2C interface. This one has a parallel interface, so a I2C adapter was needed (AtTiny85 has only 6 pins!!) as shown in the left side of the following figure as a prototype board with hot glue on it!

A year (and more) later

The project works for more than 18 months. One day the moisture sensor stopped dead ("bricked" in hackster's terms!). Fortunately the software pumps water once every 2 days if no humidity requirements occur during that period. Now it's replaced and all works fine (a new humidity threshold had to be tested and set in the code, from 95% to 75%! Variability of products!)

If you build a project based on this code (three versions available), do not forget to press the "respect" button!

LCD I2C adapter (left over the display), removable Attiny85 module (up), Pololu MOSFET (down). Power (L), pump and sensor wires (R)
The chosen pump is immersed in this big bottle (5l). Enough water for 1-2 months for a small pot.
Mimosa after 6 months. Flowers as a nice reward!!
Read more 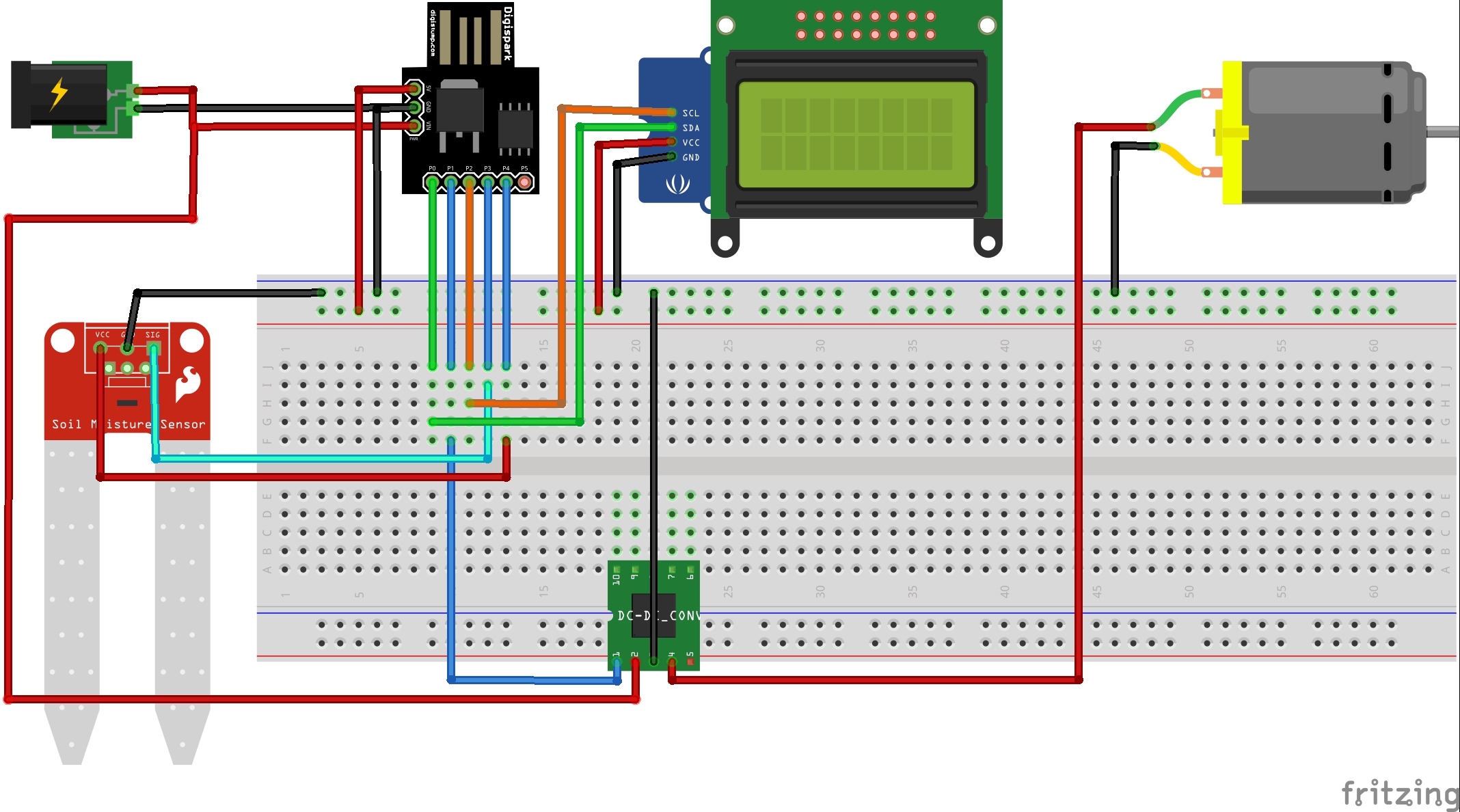 6 projects • 26 followers
Arduino projects are a hobby for me.
ContactContact