This is a balanced maze with sensors, and you can only win if you stay calm and balanced.

This is a balanced maze with sensors, and you can only win if you stay calm and balanced. 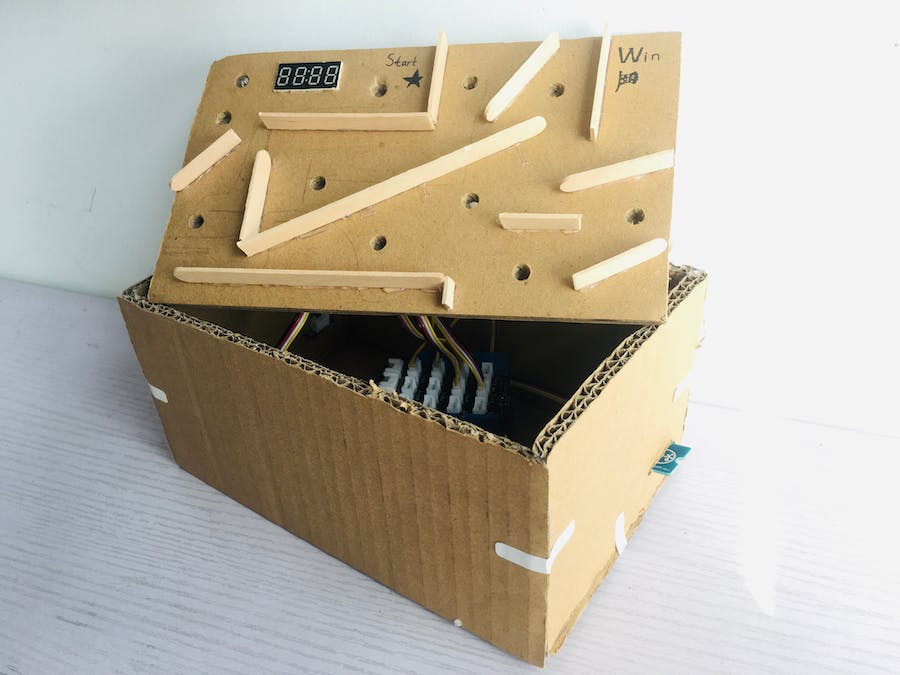 Recently, I have a good friend who is always anxious because of work. So I want to make him a little toy. This is a balanced labyrinth. When the switch is turned on, the LED lights up to indicate that the game can start. Touch the sensors on both sides at the same time to start the game. At the same time, the 4-Digit display will start a two-minute countdown. If you release your hand or the ball falls during the game, the digital tube will automatically stop timing, indicating that the game is over.

In order to make full use of the surrounding waste, I decided to use a piece of waste cardboard to make the maze's shell.Let's do it! Design a maze、simply draw a route, and set obstacles. (You can design more interesting maze lines yourself)

Vibration sensor: Because I hope the player can keep balance and clear the level in a calm situation, I added a vibration sensor at the bottom of the maze, which can detect the occurrence of vibration (such as the small ball falling), or a large shake (The sensitivity of the sensor can be adjusted by V +);

LED: display power and game end prompts (lights off to indicate the start of the game);

4-Digit display: In order to slightly enhance the game's experience, I set a 2-minute countdown (it can be set according to the difficulty of the maze), when the hands touch the sensors on both sides, the countdown will start;

Touch sensor: Only when your both hands touch the touch sensors at the same time, the game can be played to prevent cheating;

Both the material of the labyrinth and the labyrinthine map can be optimized. My next idea is to design a more complicated labyrinthine map and add a heart rate sensor to my fingertips. When your heart rate is too fast, you will be out. The excitement is getting closer and closer to the destination, but time is running out. In this case, you need to keep calm enough. Come and challenge it. 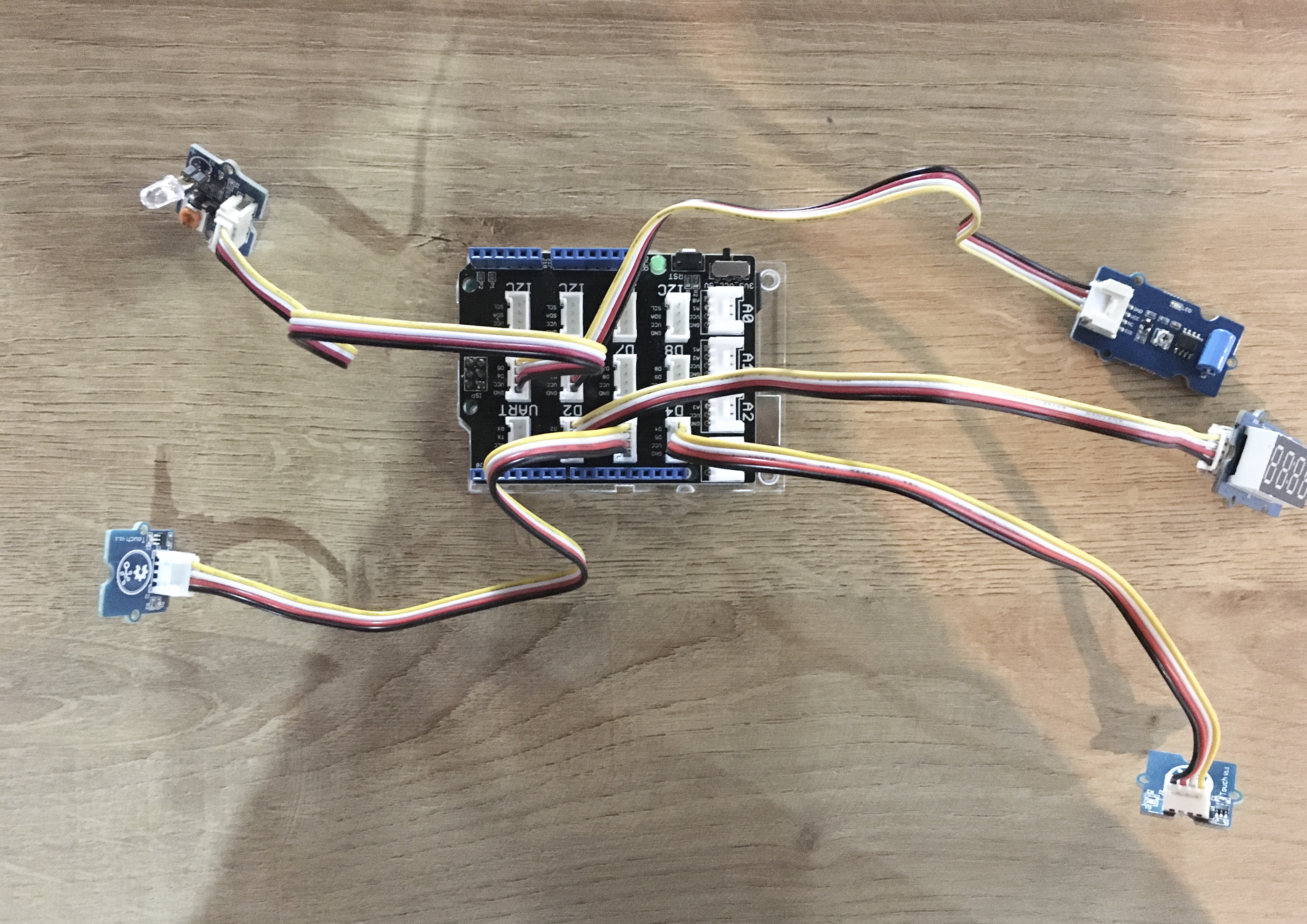