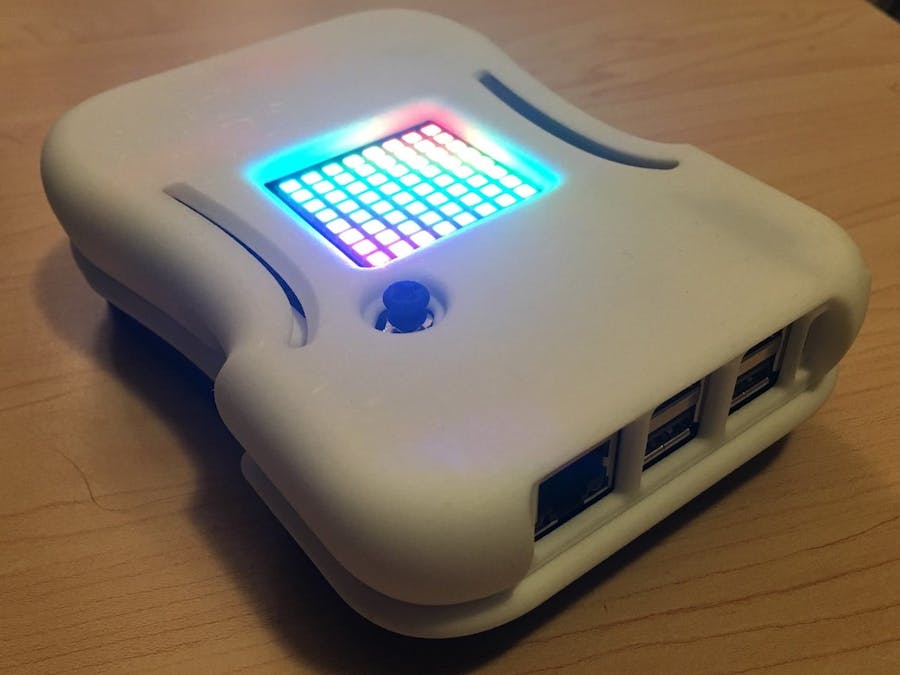 The project was to build a data logger out of a Raspberry Pi 3. The scope of the project was open as far as the configuration and parameters that needed to be logged. The Raspberry Pi 3 was equipped with a UBLOX GPS module and sensehat. The UBLOX GPS module provided longitude, latitude, and velocity. The sensehat provided temperature, humidity, barometric pressure, and acceleration.

The Pi was setup to log these parameters on boot rather than having to manually open the script. This eliminated the need to use a mouse, monitor and keyboard with the device. The joystick on the sensehat was configured to start and stop the data recording. A joystick was also used to provide a shutdown command to avoid SD card corruption from improper power removal from the device.

I setup and tested the device prior to adding a case or battery powered function. I mounted the device in my vehicle and made a lap around the UNCC campus. I was happy with the results however, I wanted to power it from a battery. I could not find a case that I liked that allowed the use of a battery and the sensehat so I designed my own and printed it using SLS manufacturing. For more details and images about the device see below.

To test the device it was mounted in a vehicle. I made a lap around the UNCC campus while logging parameters. I offloaded the data into Microsoft Excel and used the GPS coordinates to produce a map of my journey. I then imported the csv data into the Atlas 9 software. I was able to examine all measured parameters at specific points in my journey. Below are screenshots of the data in Excel and Atlas 9.

The case was designed in SolidWorks 2017. The cases currently available on the market do not allow the use of a battery and sensehat together. This design uses a three piece concept. A center section holds the raspberry pi, sensehat, step up regulator and charging regulator. A top and bottom enclosure seals the device minus the vents that allow air flow for the circuit. A motion study video of the design is below. The video shows the basic assembly of the device.

The operation is shown in the images below. A switch on the bottom of the case turns on the power for the device. Once device is finished booting up, the LED matrix on the sense hat is used to determine the mode of data logging. Upon boot, the script will automatically open and search for the nearest satellites and display the signal strength with the 3 blue LEDs. Pressing up on the joystick starts the data logging. A red LED in the upper right hand corner blinks at the same Hz as the logging rate. Pressing down on the joystick stops the data logging. Pressing right on the joystick starts the shutdown of the device. Once the device is done with shutdown, the power can be switch off using the switch on the bottom of the case,

The case was manufactured using SLS. I used Xometry's printing services. The upper and lower portions of the case are fastened by four 8-32 socket head cap screws. The upper part of the case contains screw to expand brass inserts. The blue middle section holds the raspberry pi, sensehat, step up regulator and charging regulator. The 3.7V battery sets in the lower portion below the middle section. A button was also added to provide easier access to the joystick feature of the sensehat.