A Donkey Car travels autonomously in the dark along a hiking path collecting ticks, reducing the risk of people getting ticks at daytime.

A Donkey Car travels autonomously in the dark along a hiking path collecting ticks, reducing the risk of people getting ticks at daytime. 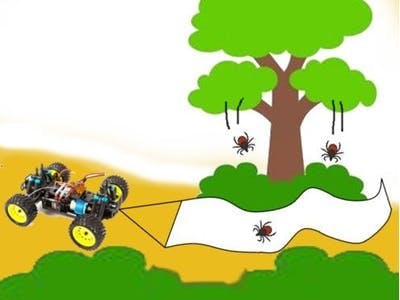 The final product will be a vehicle which travels in the summer night trapping ticks in an environmet that people use daytime. The project relies heavily on products already developed by other people, i.e. a Donkeycar with all great software, and a special blanket developed in Finland for catching ticks.

I found out that the Donkeycar model that I have has way too much speed for my project. That leads to way too little torque on slow speeds. Therefore I will concentrate on getting the Donkeycar work in the dark, not yet adapting it to the actual tick chasing rover, which need to be very slow and needs more torque. I will transfer the Raspberry Pi, the camera and the motor driver to another, slower car chassis, but I will leave that to a later moment.

Assemble the car according to the guides made by the manufacturer, but remember to attach the Noir camera instead of the standard one. Attach also the led lights, using your imagination. You might want to leave long legs for them, so you can aim the beam while looking at the video stream.

Here's a link to how to build the Donkeycar.

Note that the Noir camera used in this project works just like the standard Raspberry Pi camera.

The Noir camera attached to the Donkeycar
Three IR leds. A popsickle stick and some iron wire.
5 V power and ground taken from the Raspbery Pi for the IR leds

A smartphone camera is a typical digital camera, which has an infrared filter. If you aim your camera straight into a remote control IR emitter, you can actually see the light through your camera. A typical digital camera sensor senses infrared and treats it like visible light. Therefore most cameras have this infrared filter. But the Raspberry Pi Noir camera hasn't. Using strong infrared emitters will show on images taken with the Noir camera.

Test ride in a dark room

The video shows that the camera needs more light from the IR leds. What I used was three "super-bright IR leds". I used a 170 ohm resistor, according to some advice I found on the net. 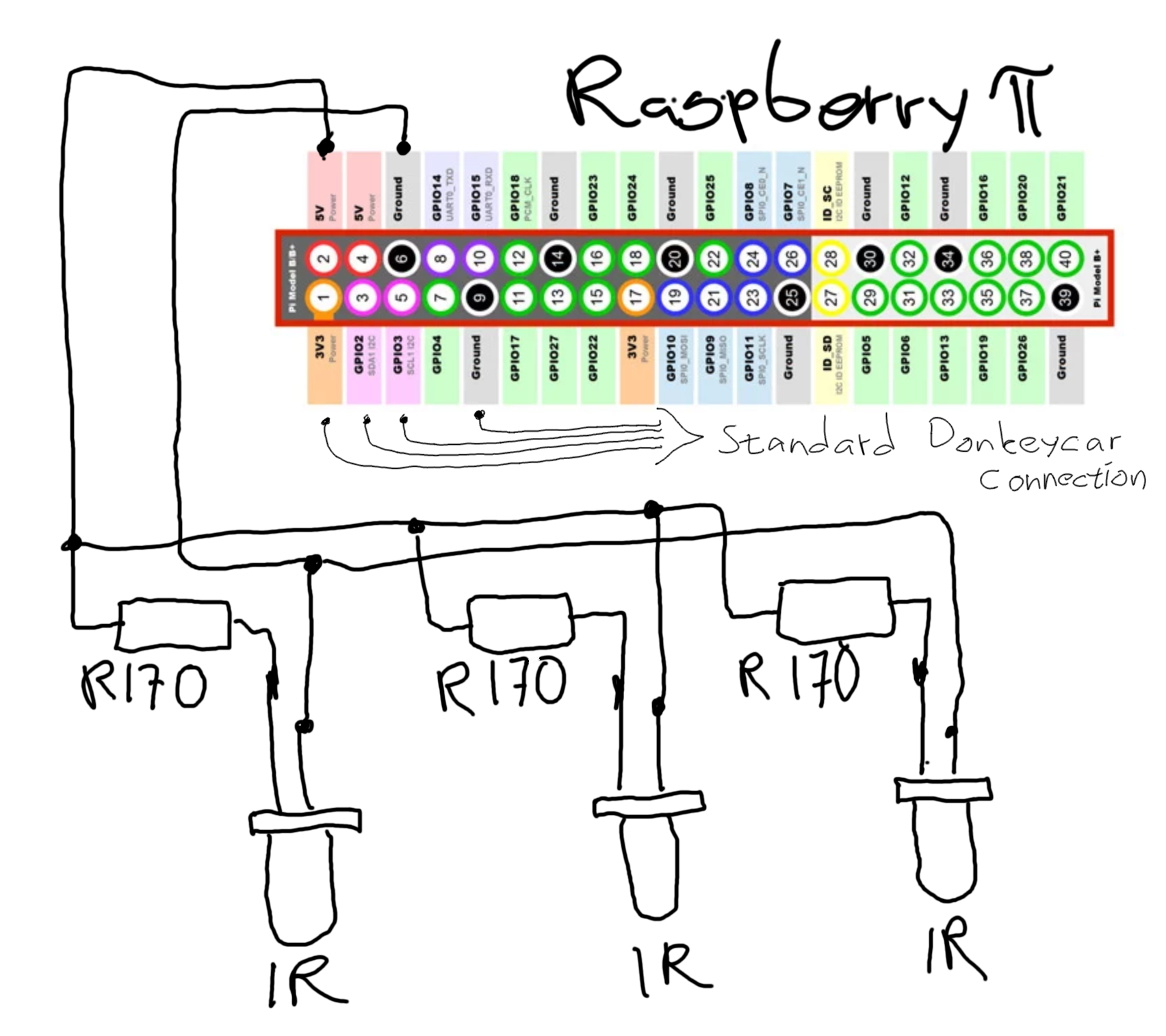