Use the Onion Omega as a WiFi remote to send http commands to pre-existing devices. Sort of like a remote for all of your IoTs projects.

Use the Onion Omega as a WiFi remote to send http commands to pre-existing devices. Sort of like a remote for all of your IoTs projects. 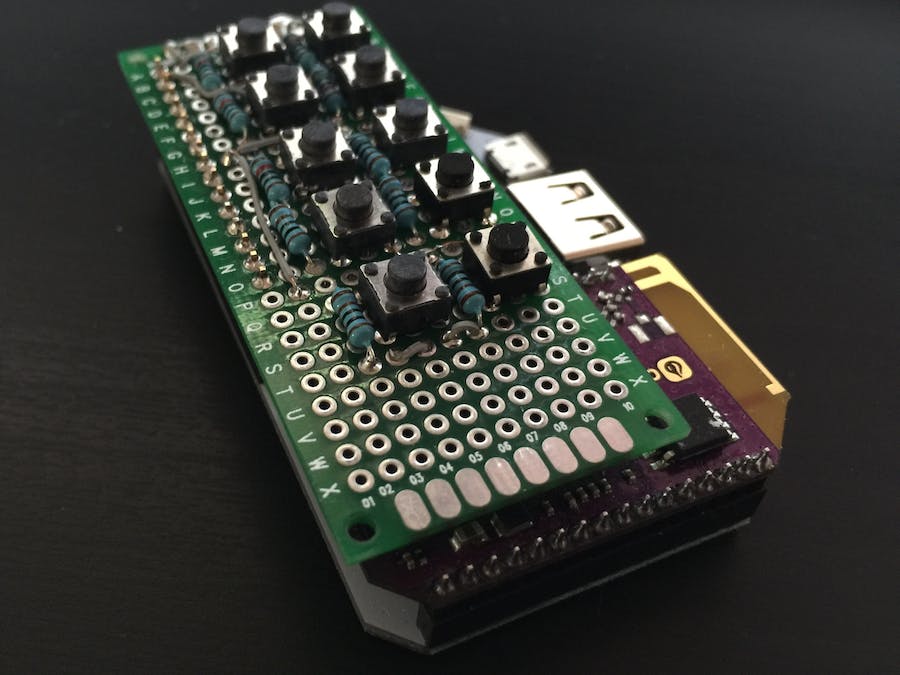 Using the Onion Omega, the Omega Power Dock Extension, and a series of buttons, the Omega_mote allows you to activate http commands that you can choose. This allows you to control anything that is connected to the internet.

This project is ultimately an expansion of existing projects that are around the house. Currently I have a Raspberry Pi that is a control hub for IR devices and RF switches. This control hub hosts a rest API that can take commands as http post requests. This is nice, because any device (i.e. my phone) can post to the control hub and end up controlling the device. This was originally really nice, and still is, but having been in use now for a year or so, I have found that I rely on this system more and more. So, I wanted to build a free standing remote that could be used anywhere in the house and still communicate with the control hub. Hence, the omega_mote.

omega_mote is a Node.js application that utilizes a few different classes.

The omega_mote contains a gpio wrapper (customGPIO) written in JavaScript that interacts with the /sys/class/gpio path and files. These files allow you to change the direction of the gpio, read the value, set the value, lock and unlock the pin, and close the pin.

There is a config.json file that defines the user buttons and the address to http post to.

Follow the wiring instructions here. Yes I know it has an Arduino in the picture, but the Omega has all the same pins, so wire your circuit as such.

Get to the root directory of the Omega_Mote project and run the node app:

Note: You will also need to modify the omega_mote.js file. You need to change the "remoteHost" variable to match the local ip address of the device you are trying to post to. The variable "postAddress" inside of your config file should NOT include the "remoteHost" portion (Domain/IP) of a post address.

2 projects • 1 follower
Problem solver, see a need fill it. Make THIS work with THAT, even though they weren't supposed to.
ContactContact