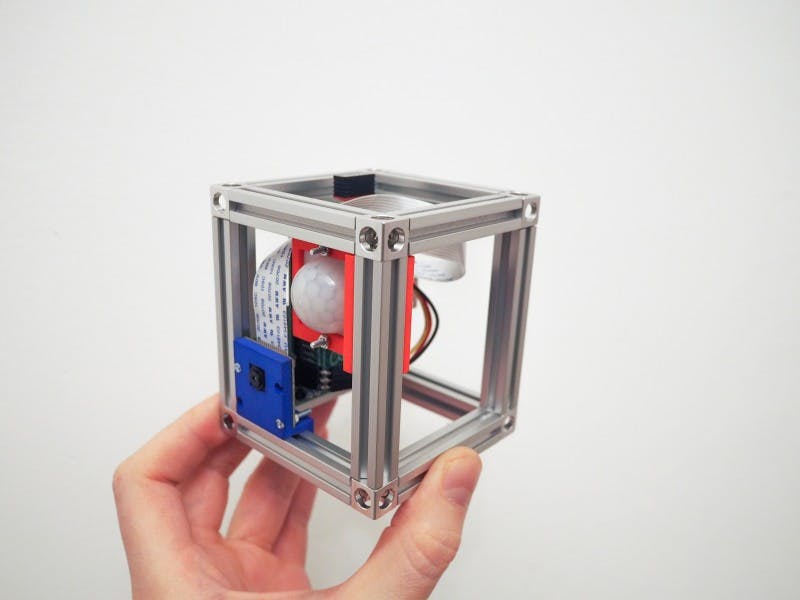 A simple security system to run on a Raspberry Pi.

Similar to these products:

You will need this hardware:

One of my main goals was to have the system completely automatic. I didn't want to have to arm or disarm it when leaving or arriving home. I figured the easiest way to achieve this was to try and detect the mobile phones of the home occupants. Conceptually this was quite simple but in practice it was the most challenging part because:

After much testing I used an approach that mixes active (ARP scan) and passive (packet capture) detection over the Wi-Fi adapter based on knowing the MAC addresses of the mobile phones. The mobile phone MAC addresses are set in the configuration and the rpi-security application captures packets on a monitor mode interface with the following filter:

The application resets a counter when packets are detected and if the counter goes longer than ~10 minutes the system is armed. To eliminate the many false alarms, when transitioning from armed to disarmed state or vice versa, the application performs an ARP scan directed at each of the configured MAC addresses to be sure they are definitely online or offline. Both iOS and Android will respond to this ARP scan 99% of the time where a ICMP ping is quite unreliable. By combining the capture of Wi-Fi probe requests and using ARP scanning, the Wi-Fi frequency doesn't matter because mobile phones send probe requests on both frequencies and ARP scan works across both frequencies too.

A Telegram bot is used to send notifications with the captured images. They have good mobile applications and a nice API. You can also view the messages in a browser and messages are synced across devices.

If the system is in an armed state and motion is detected then a message with the captured image is sent to you from the Telegram bot.

Notifications are also sent on any alarm state change.

You can send the Telegram bot commands that trigger certain actions.

The application is written in python 3. Large parts of the functionality are provided by the following pip modules:

The application uses multithreading in order to process events asynchronously. There are 4 threads:

Add your MAC address or addresses, Telegram bot API key and any other changes to /etc/rpi-security.conf.

Ensure you have enabled the camera module using raspi-config.

And start the service:

You need to send at least one message to the Telegram bot otherwise it won't be able to send you messages. This is so the service can save the telegram chat_id. So just send the /status command.

It runs as a service and logs to syslog. To see the logs check /var/log/syslog.

There is also a debug option that logs to stdout:

This is all that is required on my Raspberry Pi Model A+. This shows my WLAN network device arrangement:

You could have interfaces with different names, just be sure to change the network_interface parameter in /etc/rpi-security.conf and also the reference to mon0 in rpi-security.service

Currently the camera is used for motion detection. If you want to use the old version with support for a PIR sensor then look at version 0.7:

About once every month or two my Raspberry Pi loses the WLAN connection. I created a cron job to check connectivity and reboot if the check fails.