Program 6 ATtiny85/13A at the same time with this custom programmer board.

Program 6 ATtiny85/13A at the same time with this custom programmer board.

Watch the video for a better tutorial.

Thanks UTSOURCE.net to offer electronic components for this project!

you can check UTSOURCE.net, they deal in all kinds of electronics components like for example Arduino Nano, DIP8 Sockets, LEDs which I'm using in this project, and many more.

A few months ago, I made a Post about programming Attiny13 and Attiny85 with an Arduino

Attiny MCUs are very popular as it is quite easy to program them and using them instead of atmega328 chip can reduce the cost of the overall project which requires less input/outputs.

so what's the next level of this above project?

I designed this nano breakout board in OrCad Cadance, it has four LEDs (3 of them are connected to D7 D8 and D9 for ICSP programming status, and the fourth one is connected to D11 or D0 of Attiny in case we need to test Attiny onboard)

We just need the following things for this project-

after gathering the above components, I just solder them all together and made this slick-looking Programmer.

first, I plugged the Arduino nano with my computer and flashed it with a simple Chaser led sketch which will toggle led connected to pin D7, 8, 9, and D11 in chaser order. left to right

After this, I uploaded "Arduino as ISP" sketch from example sketches to this board and shorted the jumper after the sketched was uploaded.

I plugged out the USB cable and bring out 6 attiny85, for programming.

STEP 4 - Getting the Core files and Programming the ATTINY85/13A

now before programming the attiny85, we need to get its core from here- https://github.com/SpenceKonde/ATTinyCore

(just follow the installation process which is very thorough and simple)

after installing the core files, placed ATTINY in dip sockets carefully without applying too much pressure because guess what,

if you apply too much force, ATTINY legs will bend,

plug your Attiny on DIP socket and get ready for programming,

select the right MCU which is attiny85 in our case, and do not forget to choose the right com port.

HIT BURN BOOTLOADER and wait for a few moments.

and bang, you have successfully programmed multiple tiny at the same time,

put them on a breadboard and connect led with D4* and GND and power them separately.

with this setup, you can program more than 1 Attiny at the same time which is quite a useful feat, as you can now replicate your project at ease or you can even produce them for selling applications.

BUY THIS BOARD FROM HERE-

I hope this post was helpful in some way. everything here is OPENSOURCE so if you need something, just leave a comment. 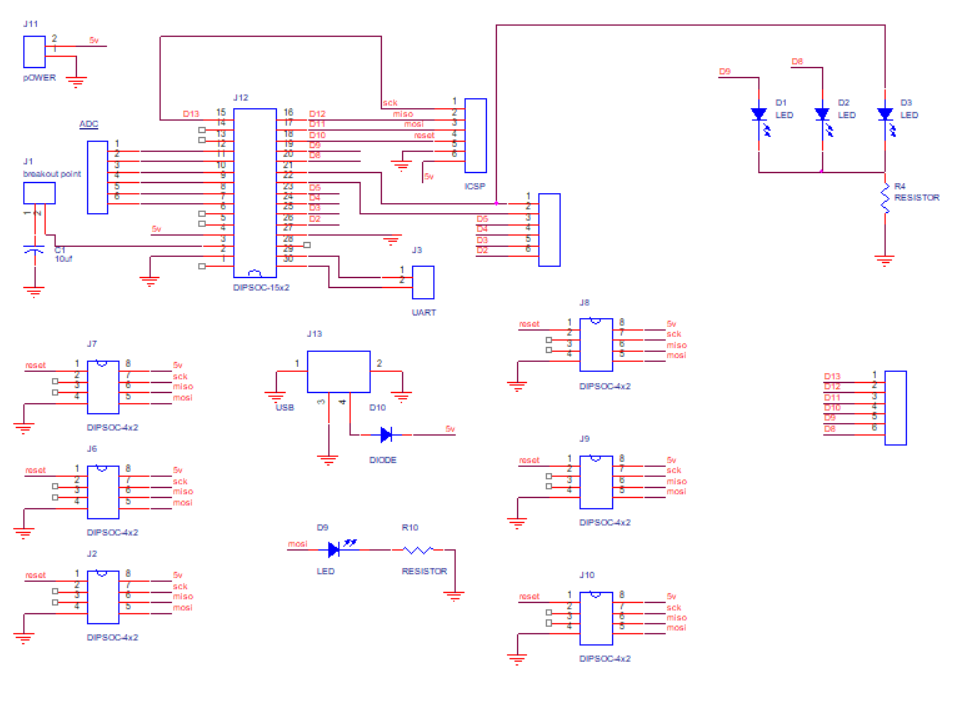