This lesson aims to show how to make a very simple Lego Power Function Receiver.

This lesson aims to show how to make a very simple Lego Power Function Receiver. 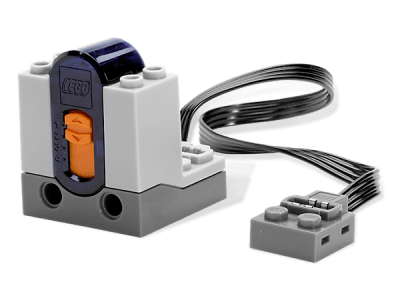 Since the circuit is essentially based on a TSOP2238, it is very simple. Data pin of the TSOP2238 is connected to pin 3 of the Arduino Board. For this example, we chose an Arduino Micro.

Since the code uses a custom .h file that stores all the IR commands sent by the Lego Power Function Remote, it is attached to the project.

Essentially, the code starts the IR receiver, and when a known command is detected, it is written to the serial monitor. Use it to make something that interacts with your Lego Power Function Remote! The available macros are reported in the top of the code. There is also an LED that indicates that a valid command has been received.