The Things Network Node For TTNmapper With GPS

The Things Network Node For TTNmapper With GPS 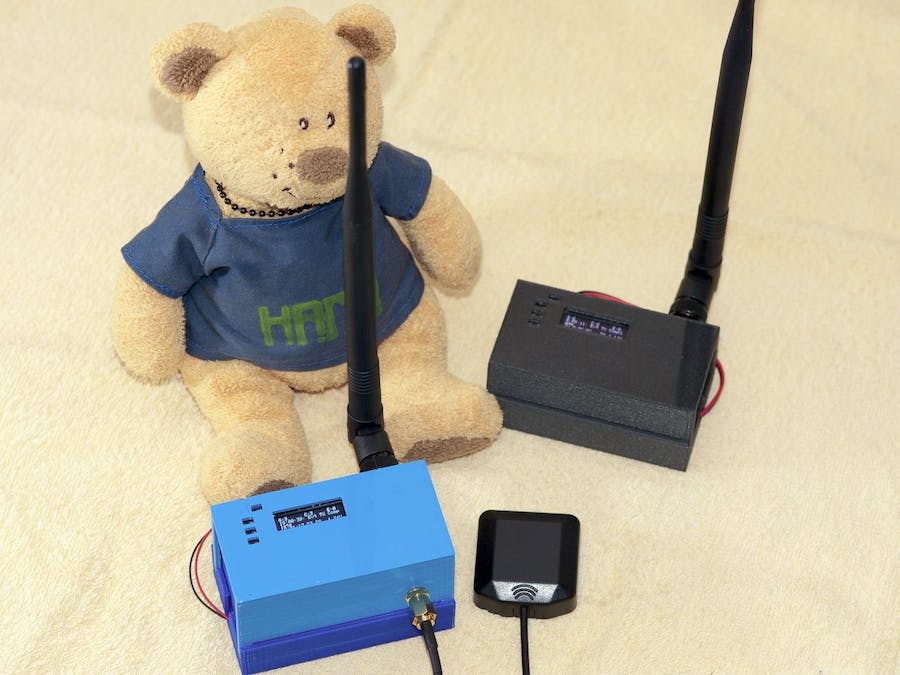 This is a re-mix of my original The Things Network Node for TTNmapper.org project.

The original project uses a smartphone to map The Things Network (TTN) coverage on TTN Mapper; this version adds an Adafruit Ultimate GPS FeatherWing to the node which then can be used standalone: it will transmit its coordinates through TTN and the TTN Mapper Integration does the rest!

The Adafruit Feather/FeatherWings building blocks are easy to use, it doesn't take more than a couple of hours to get your node online (a bit more if you decide to print the enclosure!).

The Adafruit LoRa Feather and the OLED and GPS FeatherWings are almost ready for TTN! There are two things which we need to look at.

First, the Button A of the FeatherWing is routed to Digital #9 pin of the M0 micro-controller. But this pin is also Analog A7 which can be used to measure battery voltage! The Arduino sketch is currently not using the buttons, but to avoid any issue we re-route Button A to Digital #10.

The other point is more important: the LMIC(LoraMAC-in-C) Arduino library which is used to communicate with TTN needs access to the DIO1 pin of the RFM95 radio chip. The Feather exposes this pin (labeled IO1 on the board) but it is not routed to the M0 micro-controller. We need to route IO1 to a free Digital pin; we will use Digital #11.

Enough for the reading, let's assemble the electronics!

If you go with an external antenna, solder the uFL connector under the Feather board, otherwise solder a 82mm wire (for the 868Mhz frequency plan). For more details see Antenna Options on the Adafruit website.

Last but not least, we need to solder two bridges to re-route Button A and DIO1. This can easily be done on the OLED FeatherWing:

Re-routing Button A and DIO1

Stack the GPS and the Display on top of the micro-controller and you are done!

You can print an enclosure or jump directly to the Software paragraph to test your node.

If you have (access to) a 3D printer, I designed a simple enclosure to protect the boards and secure the antennas.

The STL and the STEP source files are available on YouMagine. It is a 3 parts assembly, no screw needed. It is easy to print, just don't use a material which is too brittle.

Before compiling the small Arduino sketch, we need to ensure we have the environment and the required libraries in place -- I am referring to the Adafruit website for most parts as they are well documented:

It is recommended to slow down the speed of the SPI bus from 10MHz to 8MHz. In the source code of the Arduino-LMIC library. Edit src/hal/hal.cpp line 77 and change 10E6 to 8E6 -- from:

By default, the Arduino-LMIC library is configured for an RFM95 radio using the European 868MHz frequency plan. If you use the US 915MHz frequency plan, you will need to edit src/lmic/config.h and change:

Configuring, compiling and running the script

Note: if you have re-routed DIO1 to a different pin than Digital #11 as suggested above, you will need to update the pin mappings in ttn_mapper.cpp.

Other than that, the ttn-mapper script only needs to be configured with your Application and Device keys.

In the TTN Console:

In the Arduino IDE, open the ttn-mapper sketch:

Compile and upload the sketch. After reset, you should see the TTN logo, the device will then join the network and send a packet with its location every minute.

You should now see the packets on the TTN console:

Once the node joins the network it will send one packet every minute. You can adjust this interval in ttn_mapper.cpp, but you have to respect the LoRaWan/TTN duty cycle!

The node sends the data in binary format, which needs to be transformed in JSON before reaching TTN Mapper. This is done in the Payload Formats screen of your application:

Use the following script:

The ttn-mapper script sends its payload on port 2 to differentiate from other data. If you want to use another port, you need to update the decoder script and ttn_mapper.cpp.

Now that the decoder is in place, you should see decoded data on the TTN console:

Last step is to create and enable the TTN Mapper integration. Just follow the simple steps described in the TTN help article.

If ADD_PAYLOAD is defined in ttn_mapper.cpp (default) the node will also send its battery voltage in the payload.

Should you prefer a smaller payload, comment out the ADD_PAYLOAD define in the source.

3 projects • 22 followers
ContactContact
Thanks to Amedee.