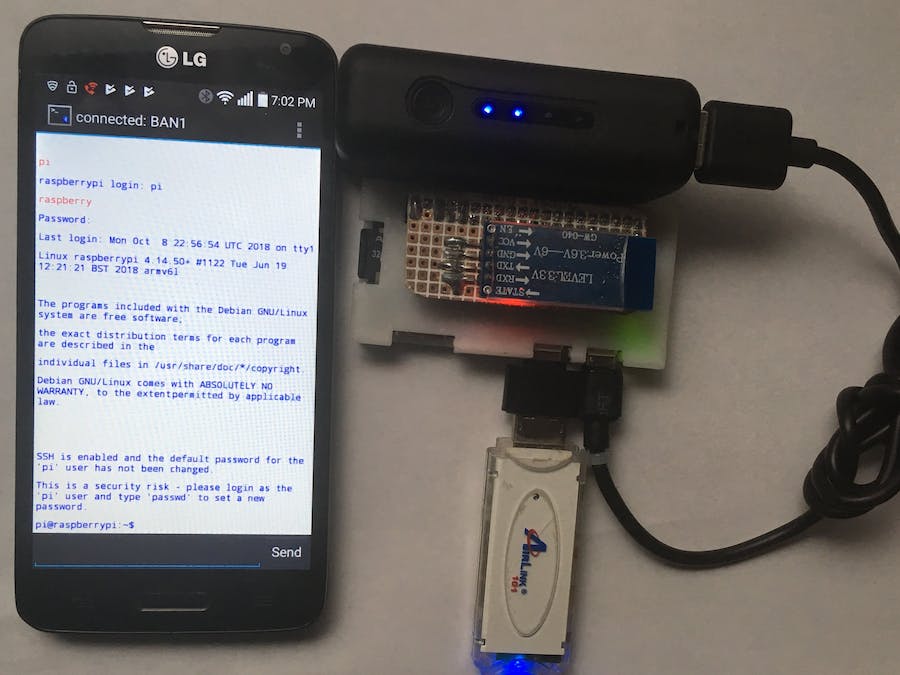 Always use technology for improve the world, if you are a black hat or gray hat hacker please abstain at this point ......... or at least leave your likes to make me feel less guilty XP.

In today's world, computer security is one of the main concerns of people and companies, but we are certainly exposed to attacks by black hat hackers, who only seek to do evil and use their skills to do wrong to companies, people or even you.

So it occurred to me that it would be incredible to be able to perform security tests of wireless networks through a simple system such as a Raspberry Pi, however one of the great disadvantages of these is the need to use display systems such as HDMI screens and keyboards to insert the commands.

In this case the project explains how to make a system based on a Raspberry Pi Zero W with a Bluetooth Serial or WiFi SSH to a smartphone, so that it is possible to write the commands on the console using the smartphone.

The first thing to do would be the module for Bluetooth communication with the Raspberry Pi, for this we must first configure the name and baud rate of the Bluetooth module to 115200 baud, since the Raspberry uses this transmission speed.

Since we finished these configuration, we will do this through the UART port that has the Raspberry Pi, as shown in the following diagram.

I recommend that you make the circuit on a breadboard PCB, as shown in the following 2 images, this in order that the module can be transported without cables being disconnected by movement.

For the configuration of this tutorial we will use the Raspberry Pi Zero W, due to its small size, low power consumption and ease of use, however it is possible to use a Raspberry Pi 3, but you will have to use a much more powerful power bank, besides that the size is much bigger.

Note: I recommend that you first do the configuration with your home network because you have to download files.

Connect all the hardware:

If all the previous steps were done correctly, CONGRATULATIONS you already have your own portable station to audit WiFi networks!

There are several ways to find the IP of the Raspberry at this point this only has to be done once.

An example of the device running with the iPhone's mobile hotspot and running Wifite on an SSH console. 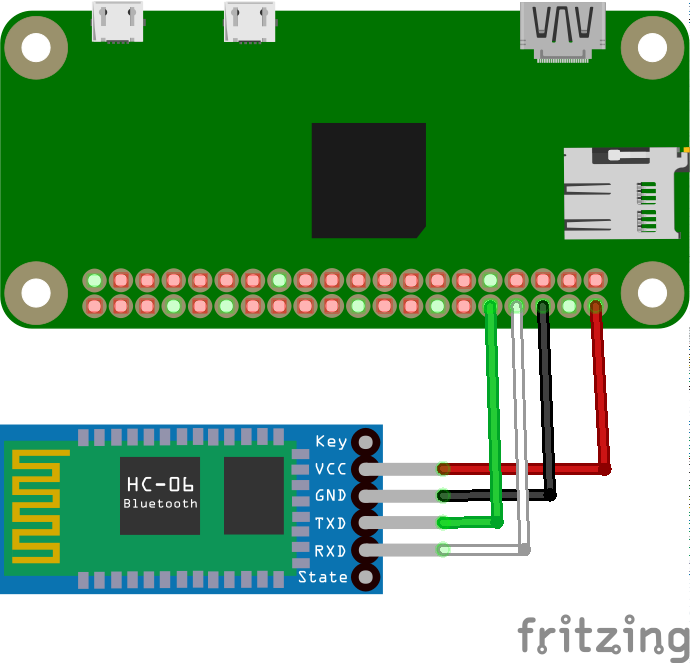 24 projects • 65 followers
I am a Biomedical engineer who likes to develop hardware and software solutions.
ContactContact