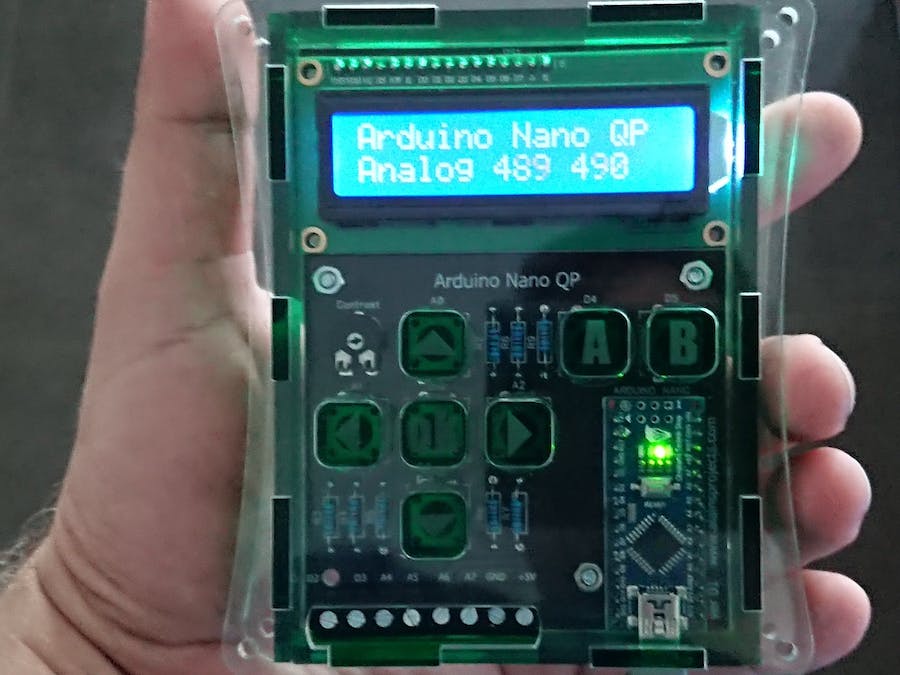 The Arduino Nano Quick Project. It's a small board, based on an Arduino Nano. It has buttons, a display and I/O ports on it so that it's ready for most of your small projects.

Do you also have the occasional problem, that you want to create something with an Arduino, but the workshop is a mess, you find neither a suitable display nor the right button, and finally, if you have everything together, you lost the desire, to realize the idea. That's why I have developed the Arduino Nano Quick Project.

It's a ready to use box, which should be able to realize 85% of all the small ideas somebody can have. You have buttons, inputs, outputs, a display, serial (USB), a I2C interface and the onboard LEDs. No more searching or soldering for a 10 min project. Just take the Arduino Nano Q.P., upload your program and that's It. Use your Arduino where you want, in the lab, in the kitchen, in the bus... no more limits.

box-final.dxf: The DFX File for the enclosure

All starts with a circuit diagram. It's not very complicated, everything has just to be connected to the Arduino.

Now I soldered all the parts to the PCB.

It is not necessary, but with an enclosure it's cooler. Now the Arduino Nano QP, can even be used ass a finished project, or as part of a bigger project.

And now to the workshop, powering on the 30W lasercutter. I use 3mm Arcylic.

Screwing the PCB on the Back Part with 3xM3 screws

Now the buttons in the frontpart and insert the frame parts

Insert the back part on it.

The screws and the spacers

So let's mount all together and start with the first project. 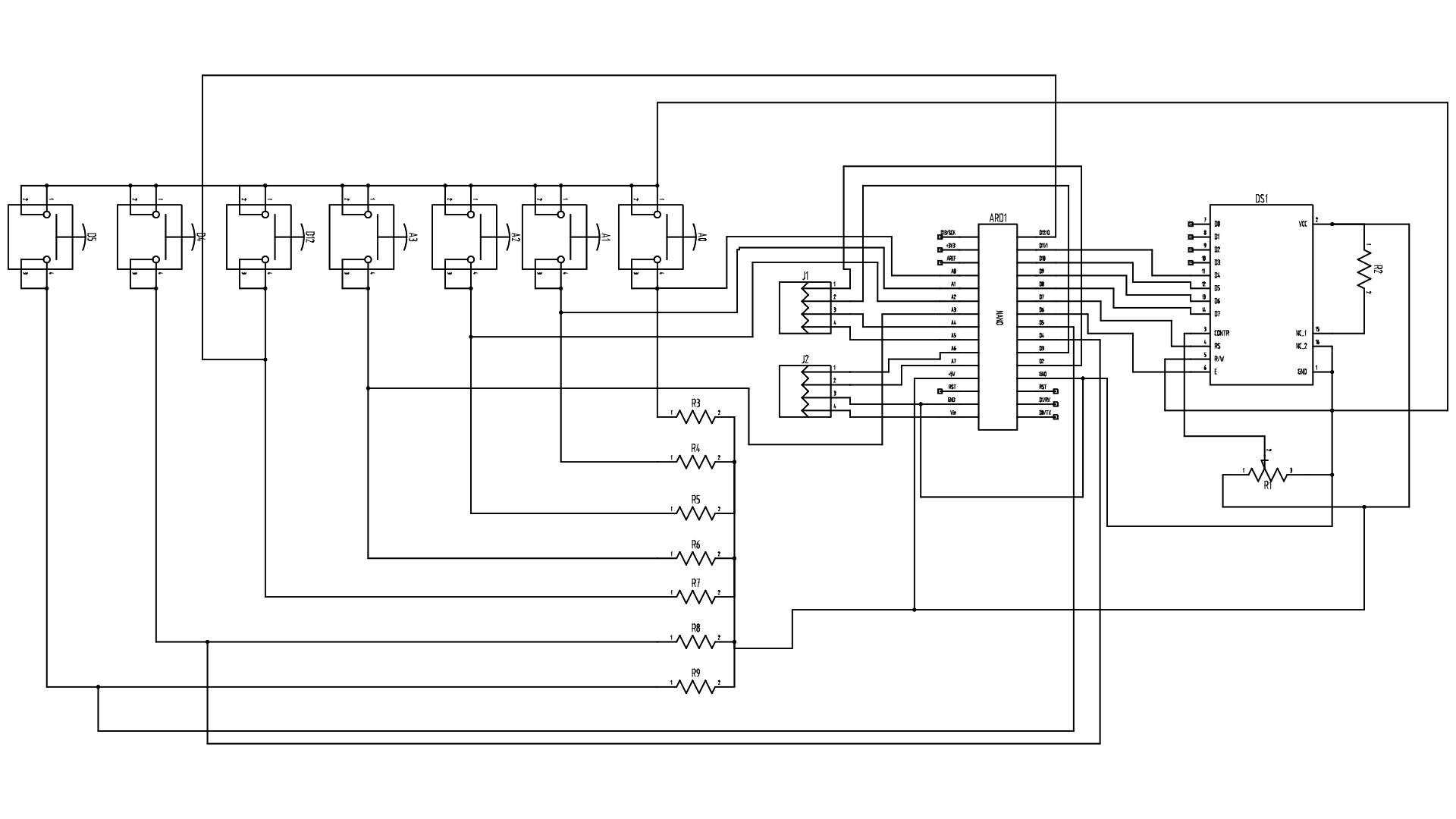