The 2017 SAINTCON Badge has the perfect set up for a RetroPie, so naturally I turned it into one.

The 2017 SAINTCON Badge has the perfect set up for a RetroPie, so naturally I turned it into one. 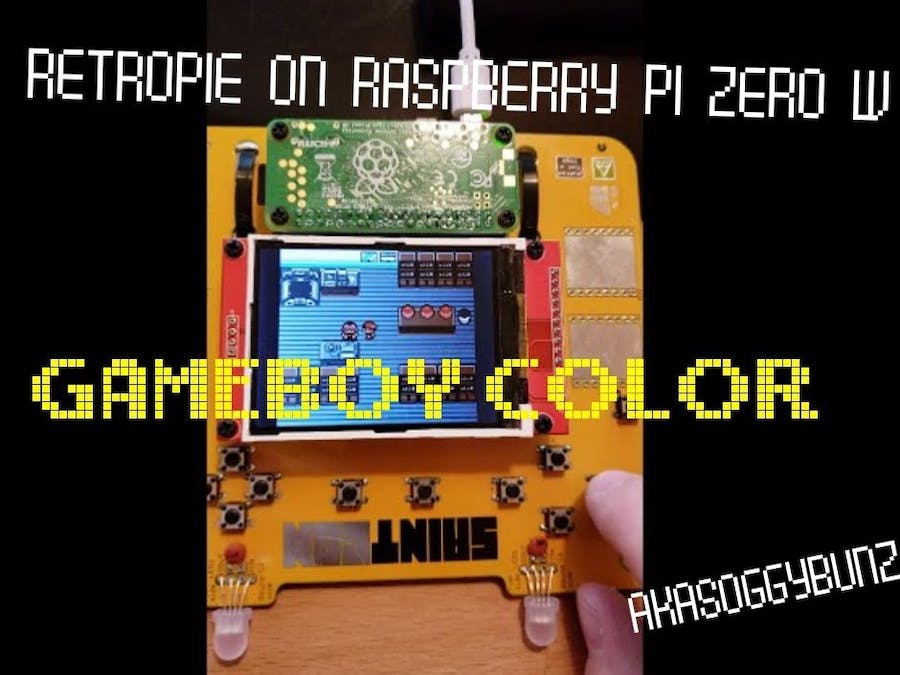 When I was in 5th or 6th grade I went over to one of my friend’s house to play the Xbox. When I showed up he was playing Super Mario World with an Xbox controller in-hand. At first I thought, “How awesome of Microsoft to put Super Mario World on an Xbox disc.” However, I was wrong in my assumption. My friend’s Xbox was running an emulator of the SNES and was running a ROM of Super Mario World. Now I couldn’t believe how awesome this was. Yet, I must admit when he was telling me it is running an emulator of a SNES running a ROM; I had no idea what he was talking about. To be honest, I don’t think he did, because he said his uncle built it for him.

Why am I telling you about a childhood memory of mine where my mind was blown. Well, frankly it is because for years memories of playing old systems, and arcades on my friends Xbox would occasionally have me wondering how his uncle did that. Years after that experience and wondering I came across the Raspberry Pi, and if you take a look around my website you will see how I am greatly found of this little credit card size computer.

After discovering the Raspberry Pi, I would often look and try to find new ways to use it. This is when I came across RetroPie. RetroPie is a way to run Emulators of old gaming systems, like the SNES and MAME on the Raspberry Pi. Seeing RetroPie instantly took me back to those fond child memories, of playing emulators on an Xbox. I was greatly intrigued.

Retro Gaming with RetroPie on a Raspberry Pi

A co-worker of mine had went to a hacker/cybersecurity conference called SAINTCON a few times. When you go to hacker events they usually have some cool project using Raspberry Pis, Arduinos, and other electronic gadgets to make name badges for their participants.

Co-worker had these @SAINTCON badges laying around. Gave them to me saying, “make something with em” Thinking about using them for a @RetroPieProject. Any thoughts or project ideas. #Wemosd1mini#raspberrypipic.twitter.com/m1FJwA1F4Z— AkaSoggybunz (@AkaSoggyBunz) September 27, 2018https://twitter.com/AkaSoggyBunz/status/1045460662246428672

For the 2017 SAINTCON Badge they used a Raspberry Pi Zero W, with a 2.8” TFT 240×320 Color Display. The PCB has buttons that match the SNES controller layout. Naturally when my co-worker gave these to me, my mind immediately thought about turning the badge into a RetroPie.

Getting RetroPie to Work on the Raspberry Pi

I began by flashing the SD card with a fresh install of RetroPie,   and booting up the Raspberry Pi. To my dismay the screen that was attached on the badge didn’t turn on. I then proceeded to SSH into the Pi. Did a sudo raspi-config, found the settings for enabling SPI, and rebooted the Raspberry Pi Zero W. Upon reboot still no screen. I decided I was going to get RetroPie working on this setup no matter what. So, I dissembled the badge by removing the Raspberry Pi and display.

After removing the Raspberry Pi and display, I placed the display into a breadboard. I then found a GitHub repository that said how to get this display working with a Raspberry Pi. Wired up the Pi to the correct Pins on the Raspberry Pi. Entered in a few configuration commands to get the screen to work. This worked by mirroring what the GPU was displaying over the GPIO pins of the Raspberry Pi. This time when I booted the raspberry Pi, Eureka! It worked! I was so excited. Naturally I plugged in an Xbox 360 controller to the Raspberry Pi, and mapped it to RetroPie. I finally got it working. I then moved over a couple of ROMs for the SNES and Gameboy Color, and enjoyed myself for a few hours.

This is a video of the RetroPie on the Raspberry Pi Zero W with the display plugged into the bread board.

To see the rest of my write-up for this project, visit here.

1 project • 0 followers
I am taco loving tech enthusiast. I love anything hardware related, especially anything involving raspberry pies, SBC's, and Home Automation
ContactContact
Thanks to L34N.