A simple way to identify objects in a room using the Grid-EYE, a Raspberry Pi, OpenCV, and the Helium Network.

A simple way to identify objects in a room using the Grid-EYE, a Raspberry Pi, OpenCV, and the Helium Network. 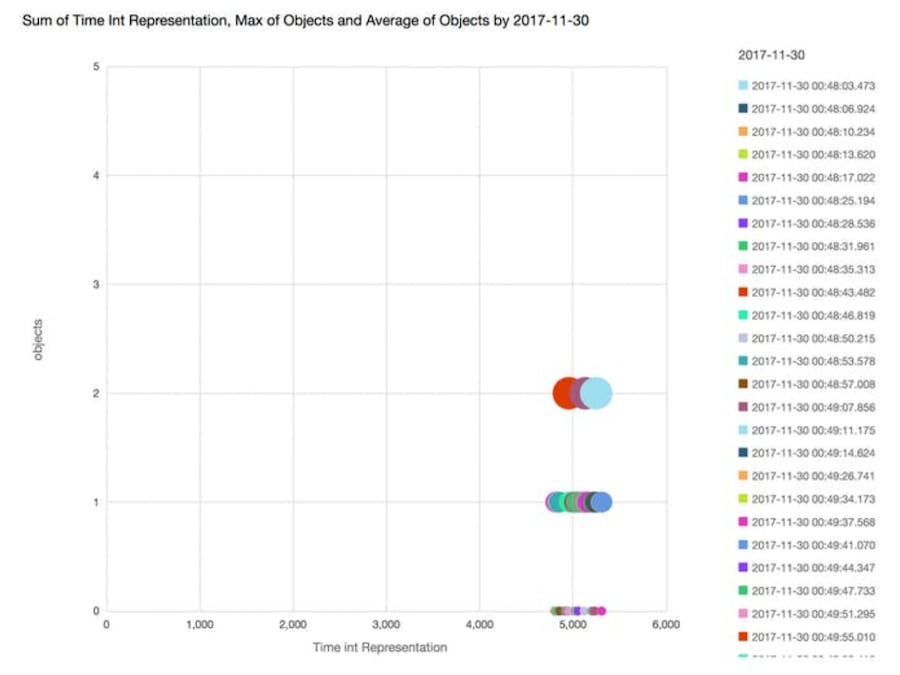 Detect People in a Room with an IR Sensor

Do you want to monitor rooms or spaces in a building remotely and ensure a room is in use when it is supposed to be? Well then you've come to the right place. At Helium, we get asked frequently about the best way to do this. Our recommendation, detailed below, is to build a quick POC version of a sensor and web app that will do the job. Then call us when you want to deploy these at scale.

While this is by no means is a complete space monitoring application, it's a suitable, lightweight version of something you would pay 50-100x more for from a vendor pitching it as a packaged solution.

Deploying this sensor system on your own should be fairly simple and take less than 45 minutes. Here's what we'll cover:

This will be fun. Let's ride.

From left to right, the Helium Element, Pi Zero, Atom Prototyping Module, and the Grid-EYE

To build your own lightweight people counting application, you'll need the following hardware and software:

To start, we need to create our sensor. This is what you'll be building:

The Grid-EYE connected to the

Wiring from the Grid EYE to the Pi

Here, I am using the Adafruit Grid-Eye:

Close up of the Adafruit Grid-EYE Breakout

For reference, here is the overall schematic of the completed board.

Schematic for our people counter.

Once you've completed this, take a picture, post it on Twitter with a creative hashtag, and set it aside. Now it's time to fire up your very own Distributed Low Power Wide Area Network (DLPWAN) using Helium.

The Helium Element Gateways creates the a (Distributed Low Power Wide Area Network (DLPWAN responsible for bi-directional sensor data routing between IoT devices and the cloud. In this deployment your Element will be routing data for your people counter but it can be used for all future sensors built on Helium - even ones that aren't yours.

Deploying the Helium Element is fast and easy. Here's a quick video on how to do it:

To start, simply plug the power supply and the provided Ethernet cable into the Element and a live Ethernet port that accepts outbound traffic. The Element will be connected when the front-facing LED turns Green indicating a successful ethernet connection. If the Element is a Cellular version, it will show the Blue LED when connected successfully to Cellular.

Register your Element and Atom with the Helium Dashboard

Now you need to register your hardware in the Helium Dashboard. This entire process should take you less than 120 seconds. The Helium Dashboard will be the interface through which you manage and view your connected devices and manage your Cloud Channels (like the AWS IoT Channel we'll deploy later).

Each Helium device is registered with Helium before you take delivery on it. All that's required for you to make it operational is to assign it to yourself in Dashboard.

You can find full documentation on Helium Dashboard here.

Alright. With your Helium hardware activated and deployed, it's not time to wire up the Helium AWS IoT Channel and get sensor data flowing from the edge to the cloud.

Now we need to deploy an AWS IoT Channel. Complete instructions for how to do this can be found here in the Helium Developer Documentation. The short summary is as follows:

In addition to the AWS IoT Channel Docs linked above, here's a video that shows how to wire this up end to end.

Now that we have data flow up and running between your Helium sensor and AWS IoT, we can load our Python program to capture data from the Grid-EYE. (And after this we'll put it all together by visualizing the data in AWS Quicksight.)

Here are the next steps:

If the import statement does not return an error, the AMG88xx library was successfully installed.

Install OpenCV and the following libraries using these commands:

Check your OpenCV install by running the following:

From Pixel Arrays to JSON

With our Pi ready to roll, we can now start to capture data from the Grid-EYE and do some edge processing to turn it into JSON before sending it across the Helium Network.

The raw data from the Grid-EYE in the Python implementation is sampled as a raw 64 element array. However, with more complex OpenCV tools, this array is reformatted to an 8x8 array, and interpolated to form a 32x32 image.

The image is then converted to grayscale, inverted, and scanned for circular blobs with blob detection tools. OpenCV counts the number of blobs found in the resulting image and that variable is sent wirelessly over the Helium Network and onto AWS IoT.

At the sensor level, the raw data being transmitted from the Grid-EYE to our Raspberry Pi is in a an array format and generally follows this pattern:

This data is reformatted to fit an 8x8 array and will look like this:

Each one of these 64 data points is a voltage returned by the Grid-EYE which, in turn, corresponds to a temperature reading. From there, these can be interpolated to a 32x32 array and saved as an image. They come out looking something like this?

How many people do you see?

This is great, but we can remove the need to transmit this image over the air and, instead, with some simple edge processing in Python running on our Pi (code below), we can approximate the number of people in a space and convert that to JSON.

So, by setting a threshold and running some code on our sensor that performs blob detection, we can identify the the number of blobs are create a simple JSON representation to be sent over the air to Helium and onto our visualization application.

In other words, this:

The relatively large image data used in locating people in view of the Grid-EYE is parsed down to the smallest valuable form for sending over the wire. The blob detection function will also return the coordinates in the image of each blob if the sensor was, for instance, looking at seats for occupancy. But for this demonstration we are only concerned with how many people are in a room. Here is how it looks from my desk:

By adjusting the sensitivity of the Grid-EYE temperature threshold, you can place it a maximum of 15 feet from an area to scan for heat signatures. In this example I have set the threshold for 30 degrees celsius, which is enough to find a human body that is uncovered. When you first deploy this sensor you'll most likely notice that it needs some tuning. Specifically you'll need to play around with the temperature threshold to fit the area your Grid-EYE is viewing.

Now that we're capturing the number of people in a space, we need can pipe it to a web service via the Helium AWS IoT Channel and visualize space utilization in real time. Fair warning: this process is slightly arduous but the results are worth the effort. Read this blog post for details. (Also, if anyone knows a better way to visualize time series data without leaving AWS, please let me know.

Here's the payoff. Below is a screenshot from the QuickSight UI visualizing people passing by my desk after being sent through the Helium Network and into AWS IoT:

There are inherent issues with a small pixel array and detecting multiple objects. In both code samples, values below the threshold for human body temperature are removed to improve detection. Additionally, varying body temperature will create a false positive (reading 2 instead of 1 ) for a body count in an area due to two particularly warm portions of a close body having local heat maximums. But with some testing and tweaking, you can start to feel pretty good about the accuracy of the data being returned.

Here is a blog post about managing this devices state in AWS to add even more functionality to your object detector. You can change the sampling time, and activate/deactivate the sensor from the cloud:

Next Steps and Help

Good job! You now have a functioning Grid-Eye with basic embedded object detection. If you want to learn more about Helium, how you can prototype your own IoT project, or learn more about this project, join us here: 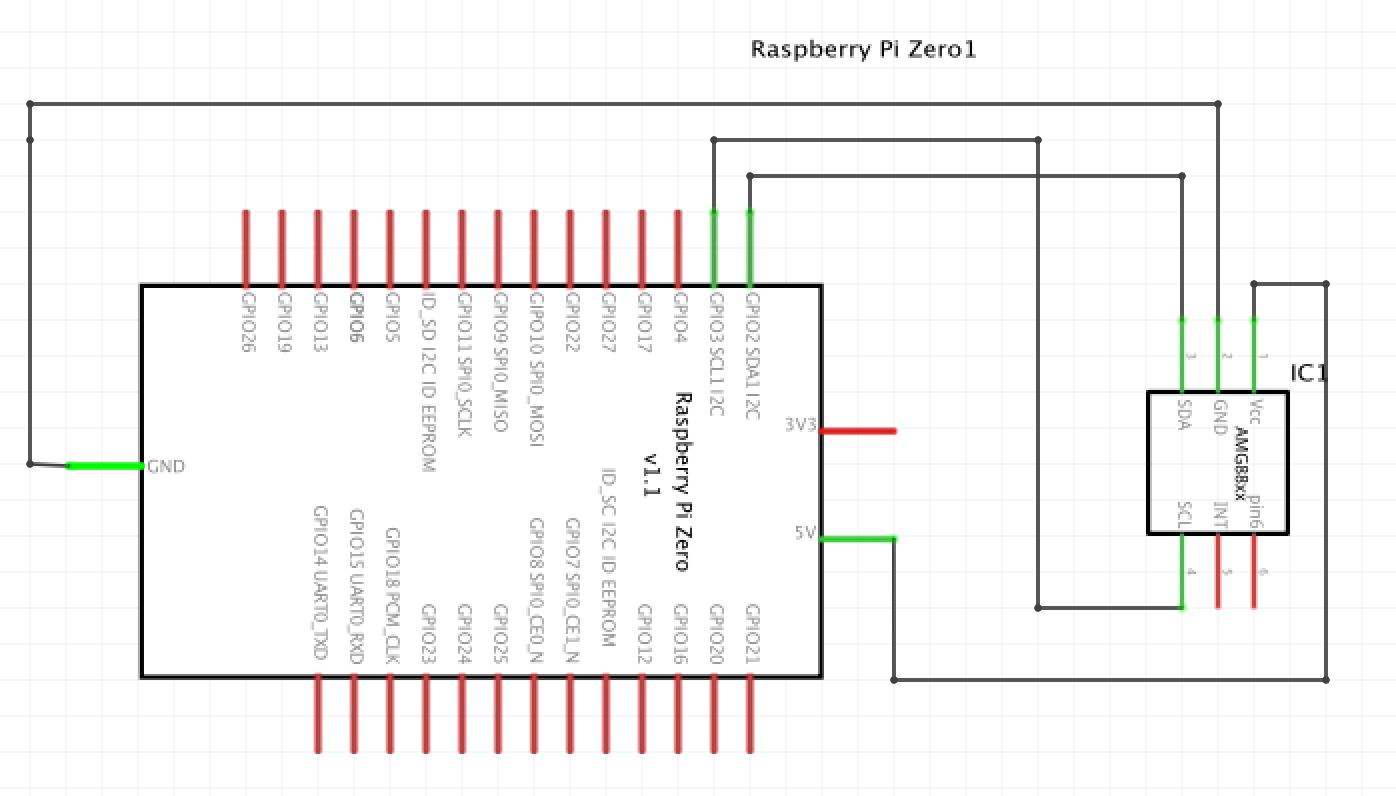