Application notes for Pmod DHB1 and Arduino Uno. In this app, motor control is carried out using the serial monitor.

Application notes for Pmod DHB1 and Arduino Uno. In this app, motor control is carried out using the serial monitor. 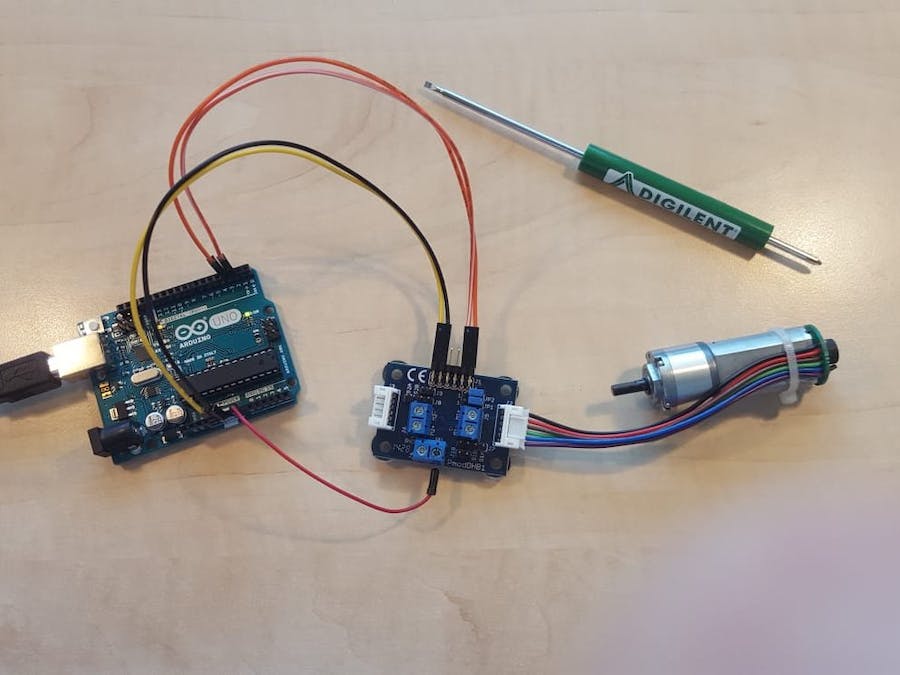 This is a demo project for the Pmod DHB1 made by Digilent. With the help of this dual H-bridge controller, one can easily control the speed and the direction of a DC motor. The module supports an external voltage source of maximum 10.8V. The direction is controlled by sending 1-bit binary data to the device's DIR pin (1-backward, 0-forward). The speed is set by the duty cycle of the PWM signal applied to the EN pin. To control the Pmod, an Arduino UNO is used, which also sends the data to the computer and recieves user input from the serial monitor and decodes it. 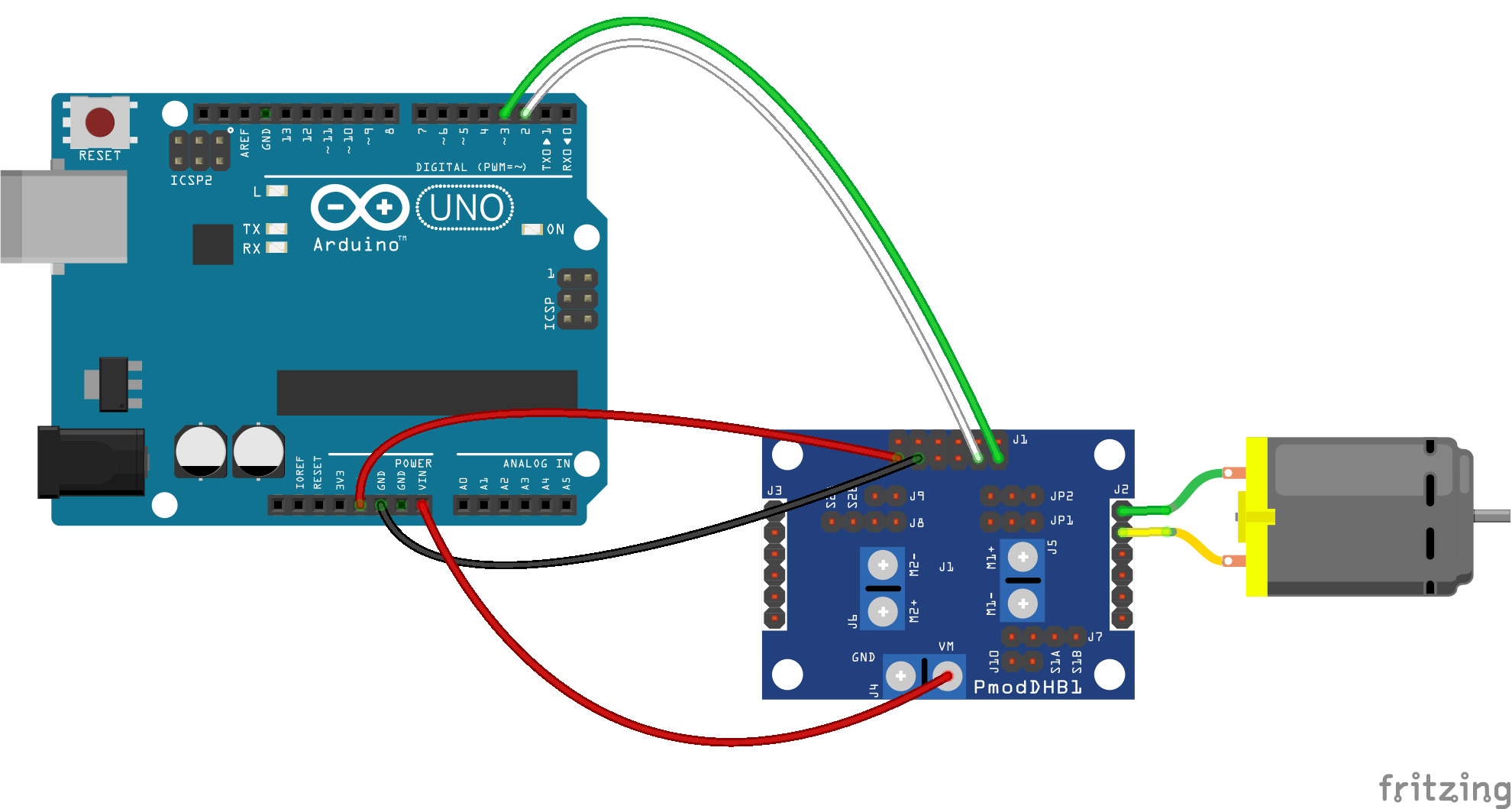 14 projects • 33 followers
I work in Digilent and like creating projects
ContactContact
Thanks to Lextronics.