A cute PCB alpaca with a rainbow tail and glowing cheeks.

A cute PCB alpaca with a rainbow tail and glowing cheeks. 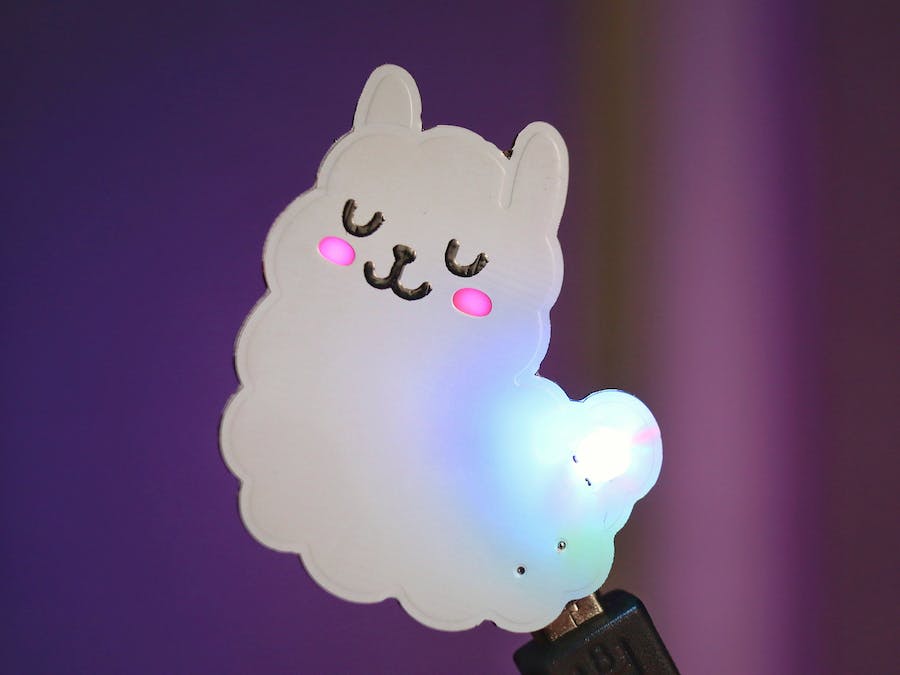 I've recently heard of the Micronucleus bootloader for the ATtiny85 and I wanted to try it out, so I designed this quick alpaca ATtiny85 dev board, which can be programmed directly through the USB, no other chip needed. Pretty cool!

This project is inspired by the following links:

The LED on the alpaca tail is a colour changing RGB LED and for the blushing effect of the cheeks I've used regular pink LEDs which I've reverse-mounted on the back. The cheeks LEDs are connected to pin PB0 of the microcontroller, which is a PWM pin. All the other unused pins are exposed on the back.

I designed the PCB in Eagle CAD using Gordon Williams' SVG to Eagle CAD converter and I ordered the PCBs from JLCPCB and assembled them myself. And here's the result:

The original SVG this project is based on was bought from ©Sudowoodo on Can Stock Photo Inc.

I designed the PCB in Eagle CAD using Gordon Williams' SVG to Eagle CAD converter and I ordered the PCBs from JLCPCB and assembled them myself.

First, you'll need to burn the micronucleus bootloader onto the ATtiny85 chip.

I didn't add the ISP programming pins on the PCB so the ATtiny85 has to be programmed before begin soldered on the PCB using a socket like this one.

I did this using the following command:

You'll need to change the programmer type and the path to the micronucleus folder.

After this, go to the Arduino IDE Boards Manager and install the Digistump AVR Boards:

And now your board is ready to be programmed directly through USB: