A contribution to maintaining a safe distance and the health of people in the time of COVID-19 crisis. 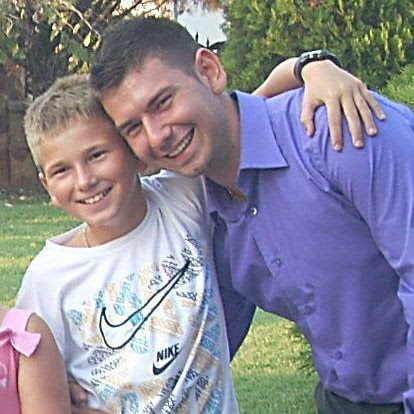 A contribution to maintaining a safe distance and the health of people in the time of COVID-19 crisis.

The current state of emergency due to COVID-19 has affected our world in several ways. In matter of days we have had to change the way we live. Even now when things are slowly getting back to normal, it is important to maintain safe distance between people to prevent spreading of the virus. No matter where we are: universities, libraries, banks,... problem of maintaining safe distance remains great challenge. Also, industry has to adapt and restructure work processes and production facilities. In this project we propose system that would help institutions, businesses and industry to adapt their working space in order to offer safe environment where appropriate distance between people can be achieved.

Our solution uses an algorithm to identify the places where the most interactions between people take place. It measures where and how many times the safe distance was not meet, and records people's paths through workspace. At the end of selected time period, our system sends pictures with drawn daily routes (heatmap) and critical areas to preselected e-mail address. Based on that informations managers of institutions, businesses and industry is able to correctly adapt working space respecting social distancing.

The system consists of web camera and Raspberry Pi 4. The number of cameras depends on the size of the workspace. The algorithm is programmed to show the path of the person and to display is the social distance was safe or not. When algorithm detects a social distancing problem, it alerts and reports the incident to identify frequent hotspot in workplace. The algorithm below is consists of several main steps: detection, perspective transformation, measurement and sending e-mail.

Perspective transformation is used because input video is taken from a single camera and the perspective view should be changed into bird’s eye view to determine the exact distance between people.

The YOLO algorithm is used to detect the object in real-time. This algorithm has an image classification with a number of different categories (e.g. human, box, machine).

Also, we used webcam YoLuke EL-PN-47320338 HD WebCam 10X Optical Zoom. We connected it to Raspberry Pi with USB cable. It has HD picture quality and 12 million pixel video resolution capable of recording up to 30FPS. Its 360-degree rotating head allows us to make any point of view possible which comes very useful especially in this specific project. We found this camera to be completely satisfactorily. Note that also other webcams can be used (providing at least 720p). With higher camera resolution more accurate people detection is expected.

For connecting our webcam to Raspberry Pi we used camera's built in USB cable. To power Raspberry Pi board we used its official Raspberry Pi USB-C Power Supply. We strongly recommend using official power supply due to damages that other power adapters may cause to Pi board.

For transferring and sending data from device to user's email we used WiFi connectivity option. Raspberry Pi offers 2.4 GHz and 5.0 GHz IEEE 802.11ac wireless technology. Since we are not sending data in real time WiFi connection seems to be reliable enough. Using wireless connection is also very convenient since you are not dependant from length of Ethernet cable. This allows you to position and install this device to almost every place you want (where there is electricity of course).

Our solution is an integrated system that would record the path of employees in industrial premises and show critical points. We will simulate how the algorithm works on a video we recorded ourselves. The algorithm recognizes people in the video (green dot below the person) and remembers their locations and calculates the distance between them. If the distance between them is too small, a red dot is drawn, which represents a critical point. This is shown at the end of the video where the two people get too close to each other.

Path and distance tracking in shop

At the end of the video or code execution two photos are generated. First one represents path of people (workers) while second one shows critical areas where interactions between people happened. Then these two photos are send to preselected email. In email text can also be included. Sample mail can be seen below.

In this section we will present step-by-step guide to construct final solution. Note that here are stated only main steps with separate parts of code. Complete python code is listed in the end of this project.

First connect webcam to Raspberry Pi using USB cable. Then plug Pi board to its power supply and turn it on.

Once hardware is connected you need to prepare software. Import python code (published in last section of this project) to Raspberry Pi and save it as ".py" file. Then install all needed libraries and packages.

In order for algorithm to work you need to add two weights. Files with weights have to be saved in the same directory as python code.

If video you want to analyse is prerecorded, add path to it. For video from webcam use "VideoCapture(0)".

When using Gmail as a sender's email, "less secure app access" has to be switched on.

Now you just have to run the code and wait for results to be send via email.

We believe that current solution presented in this project is solid base from which can be build up to "next level" solution. For next updates we would like to:

We are happy to present this project to public and make our solution available for everyone. As said before, additional upgrades and optimisation would bring this solution to next level. We encourage everyone to participate and suggest any constructive ideas that would help us make this project better and more useful. Together we can achieve great things and fight against corona virus until it's all gone. Thank you!