It's summertime; so it's time to cool the new Raspberry Pi 4 in a crazy way!

It's summertime; so it's time to cool the new Raspberry Pi 4 in a crazy way! 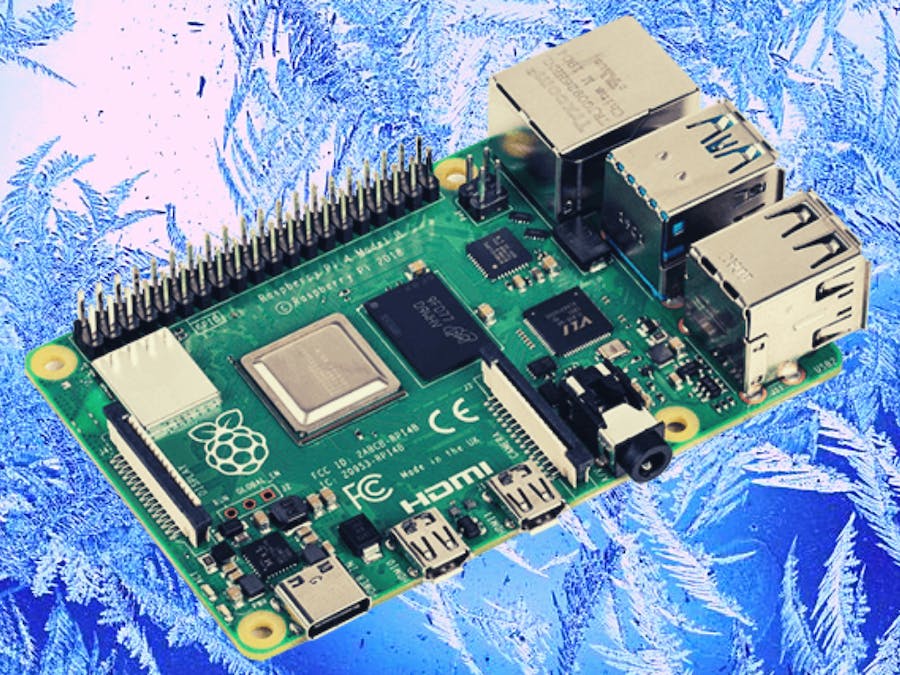 First off do not try this at home – it may damage your Pi or cause things in your freezer to thaw if the door is left ajar in anyway. This is a joke experiment, do not replicate! I take no responsibility for damaged Pis.

Anyway – it’s summer time at the moment and I just got my new Raspberry Pi through with a case from Pimoroni – and it looks so nice:

But even with the big new heat sink on it still gets pretty toasty – especially around summertime.

Last year I did an experiment with using cooking oil to cool a Pi – while not exactly practical it certainly did the job in cooling the Pi down a good 22 degrees or so compared to passive air while running Quake 3.

So this year I thought about how I could one up myself with an even more ridiculous experiment – putting the Pi in a freezer!

For this experiment I’m going to:

And here’s the freezer that will being doing its best to cool the Pi:

I put the Pi in the quick-freeze department:

As in the video – you can see it cut the under-load temps down by about 30 degrees; which is pretty decent; however not really worth the effort.

For comparison, my Oil Cooled project dropped the load temps by about 22 degrees; so not the greatest improvement.

Here’s the results from the freezer vs air:

As I say; this is more of a joke experiment just to see how the temperatures would drop in the freezer – it’s not meant to be a practical cooling solution. So again, don’t try this, especially not with a brand new Pi!

While the cooling results were pretty impressive, dropping the load temps to below the air idle temps; it wouldn’t be possible to have this running all the time.

It does, however, make me think about those super sub-zero coolers I’ve seen people use on desktop PC’s when overclocking – like this:

And makes me wonder; just how cool could you get a Pi?

Stay cool and see you next time…

38 projects • 110 followers
I like to keep fit, explore and of course make projects. https://314reactor.com/ https://www.facebook.com/314reactor
ContactContact