Recreating a scene from the Angry Birds video game using painted pumpkins and a giant pig tower is an exciting way to celebrate Halloween!

Recreating a scene from the Angry Birds video game using painted pumpkins and a giant pig tower is an exciting way to celebrate Halloween! 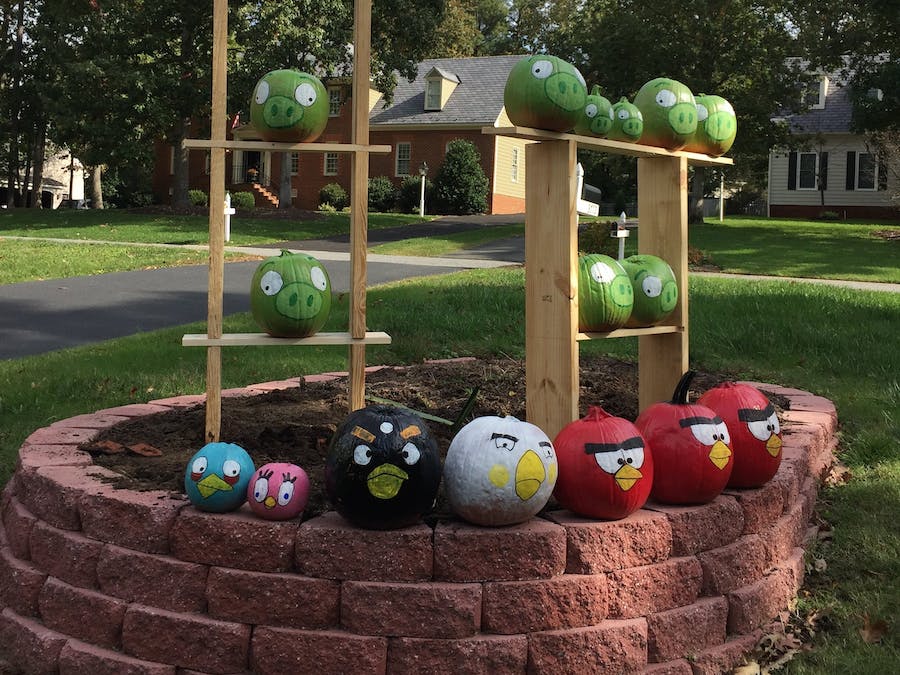 Wouldn't it be fun to go inside one of your favorite video games? With a life-size recreation of Angry Birds, that's possible this year for halloween. All of your favorite birds and pigs are pumpkins that have been colorfully painted, and you can use a Raspberry Pi and Amazon Tap to play the theme music to fully immerse your yard into the game.

Step 1 - Create the Characters from Pumpkins

Depending on how ambitious of a scene that you want to recreate, you'll need a bunch of pumpkins. We did a quick run to the store and got a shopping cart full.

21 regular orange pumpkins to start with

Once the pumpkins are home, you'll need to wash and dry them. Then with some spray paint, lay down a base coat on them. The pigs are green, and for this instance, we painted eight large and two small pumpkins.

The bird characters are different colors, so depending on which characters you want to create. Here are the base colors for a bomb bird, as well as Red.

Once the base coat is done, then you can go back over the characters with eyes, nose, etc. We used some basic acrylic paints with a black marker for the edges. Here's a close-up of a few of the finished pigs.

The birds are similar with acrylic paints on top of the solid color base pumpkins. We went with Red, White, Pink, Black, and Blue characters.

This requires more lumber, and a place in the yard to plant. I went with two eight foot 2x8 boards for the sides, and then cut-in three shelves with a 1x6. The roof is made from 1x6 pieces, and the base is buried about a foot into the ground for stability.

The tower is rather narrow, so there are only spots for three pigs. We also created a side stand to feature even more pigs, also using a combination of 2x8 and 1x6 boards.

Painted pigs all dressed up

A few decorations have been added to the pigs with things from the craft store. Crowns for a king and queen, and different hats.

We're not making a working slingshot, rather one that appears like that of the video game. I used some scrap lumber from the garage that had been weathered, and a bungee cord.

The birds should be surrounding the slingshot, so I cut a 2x8 into three pieces and made a bench. The legs are both 18" long, and the bench is 5' long.

Birds around the slingshot

To add to the mood of the set, downloaded the theme song for Angry Birds to a Raspberry Pi, and connected a Amazon Tap via a RCA cable to act as a speaker. The RaPi uses a program called omxplayer that runs locally on the Raspberry Pi and is bundled with the Raspbian OS. The attached source code (see below) is a script that will run and play the MP3 file in a loop. Please note, you may need to configure your Raspberry Pi to use the RCA port rather than the HDMI port for this to work. That can be done by going into the raspi-config, advanced options, audio.

Now we are all set for Halloween! 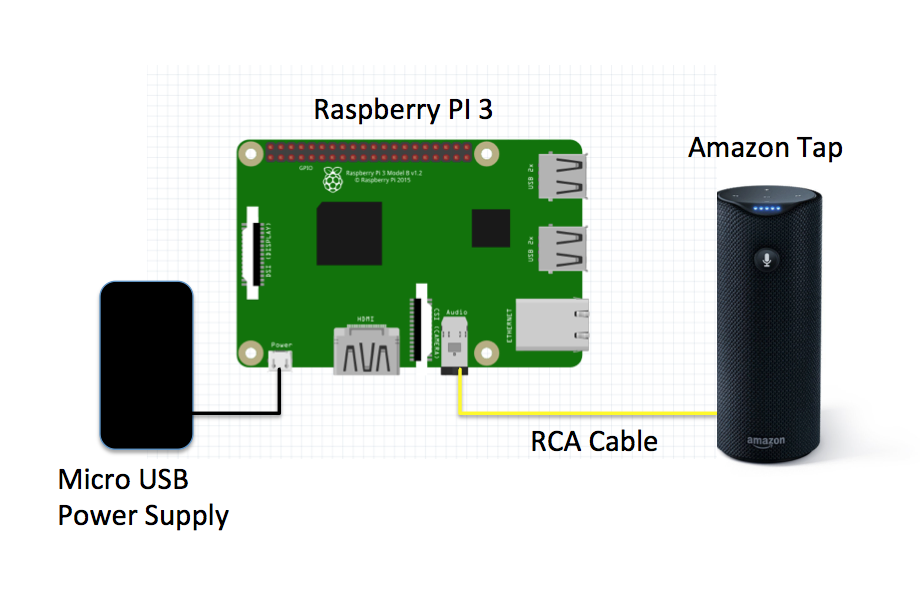 11 projects • 32 followers
Life-long learner who started off with an Electrical Engineering degree, but have been in software and systems engineering my whole career.
ContactContact