An Internet-controlled robot that can cut the grass of a garden area with ease and efficiently.

An Internet-controlled robot that can cut the grass of a garden area with ease and efficiently. 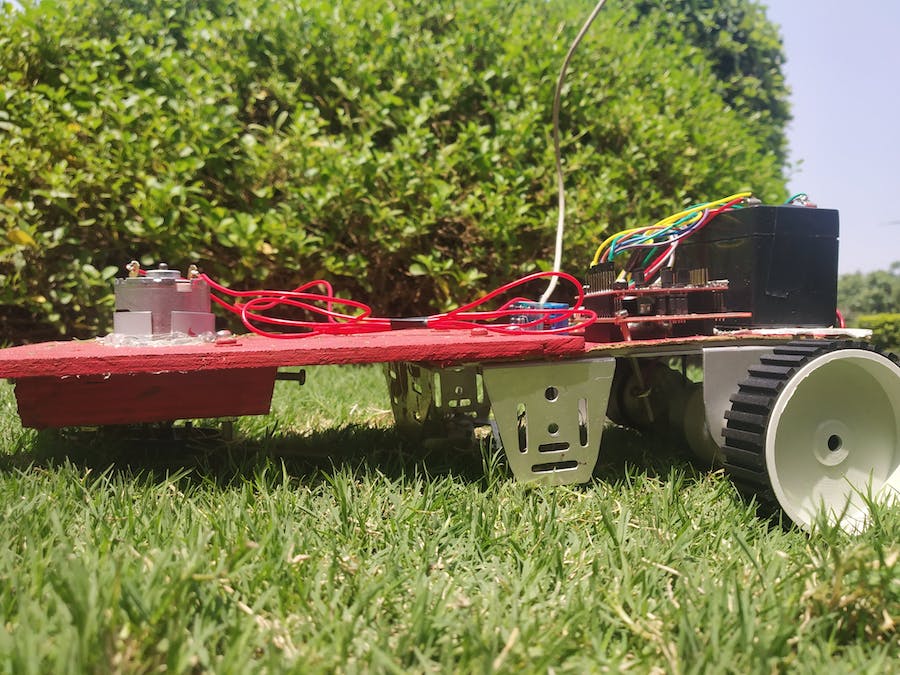 To design a grass-cutting robot that can be controlled through the Internet.

We are controlling a grass cutter robot using internet and it also contains voice control system. We have developed the mobile application which send commands to the UBIDOTS server. MSP432 LaunchPad reads the data from the server using WiFi Booster Pack. The motor movement and different direction is governed by the program which is loaded to the launchpad credit.

The movement of robot is controlled keeping in view the following points:

❖ It contains a voice control system.

❖ It is environment friendly as it contains battery instead of fossil fuels.

❖ It is safer to use because if any mishap occurs we can quickly give command to stop the robot.

❖ Now we are safety with no pollutants emitted.

❖ It will work via app as it does not need any gardener to cut the grass manually.

data received on server from app

❖ It is used for household purposes like designing terrace garden, park etc.

❖ It is used for commercial purposes for designing lawns.

❖ It is used in agricultural fields to cut crops and grasses.

❖ We need to modify robot (i.e. wheels) to operate in farms because the surface is

❖ We can use solar energy panels instead of charging batteries.

❖ We have to increase the size of our grass cutter robot for farms, etc.

38 projects • 45 followers
Working as Director of Innovation Centre at Manav Rachna, India. I am into development for the last 12 years.
ContactContact