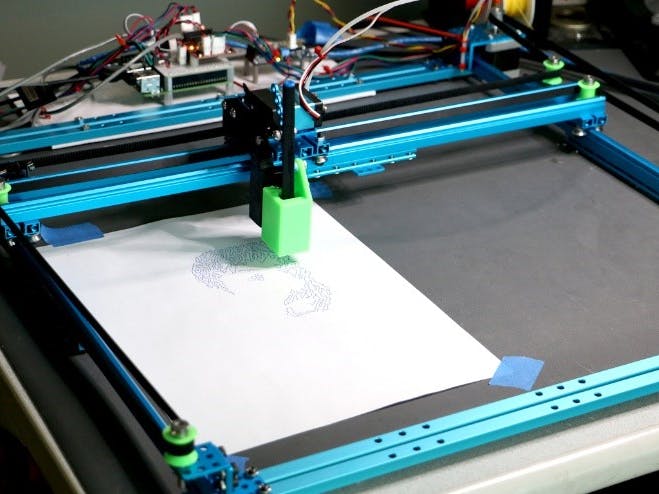 This project requires that your Raspberry Pi is configured to use the Direct Memory Mapping driver as described here.

The key elements of this project are:

Explaination of the hardware build

The hardware for this plotter is configured as an H-Bot cartesian frame. An HBot uses a single long toothed belt and two stepper motors to drive the X and Y axes. The configuration has the benefit that both of the the stepper motors are mounted to the frame, which means the central carriage is very light and can move exceptionally fast. The downside of the HBot it is not balanced - if the Y axis is not extremely rigid, there can be racking. The simplicity of this design makes it a quick and easy build.

The two steppers work together to drive the X and Y axes, instead of each motor controlling a single axis. The formula for converting from axis steps to multi-motor steps are:

The application that drives this project is a hybrid application - it uses a C# and Xaml host, with a C++/CX Windows component which hosts the Arduino wiring code.

The Capture pipeline uses MediaCapture in the Windows.Media.Capture namespace. This component is associated with a live preview window in xaml. When the user selects capture, a picture is saved to storage then processing begins.

The image is then processed using a Floyd-Steinberg Two-dimensional error diffusion dithering algorithm. It is currently configured to reduce the number of points for speed purposes. This can be controled by adjusting kBWThreshold in Dithering.cs

The points in the dither are connected using a Travelling Salesperson Algorithm - generating TSP Art. The agorithm is currently configured for expedient rendering, not an optimal solution. If you want to reconfigure this, instructs are available in TravellingSalesmanAlgorithm.cs

Once the TSP is generated, the Win2D canvas draws the TSP, with progress. The datastructure backing the rendering is used to generate the toolpath - and ultimately the stepper profiles usingAccelStepper.

left as an exercise to the reader

There are many things that can be done with this project: 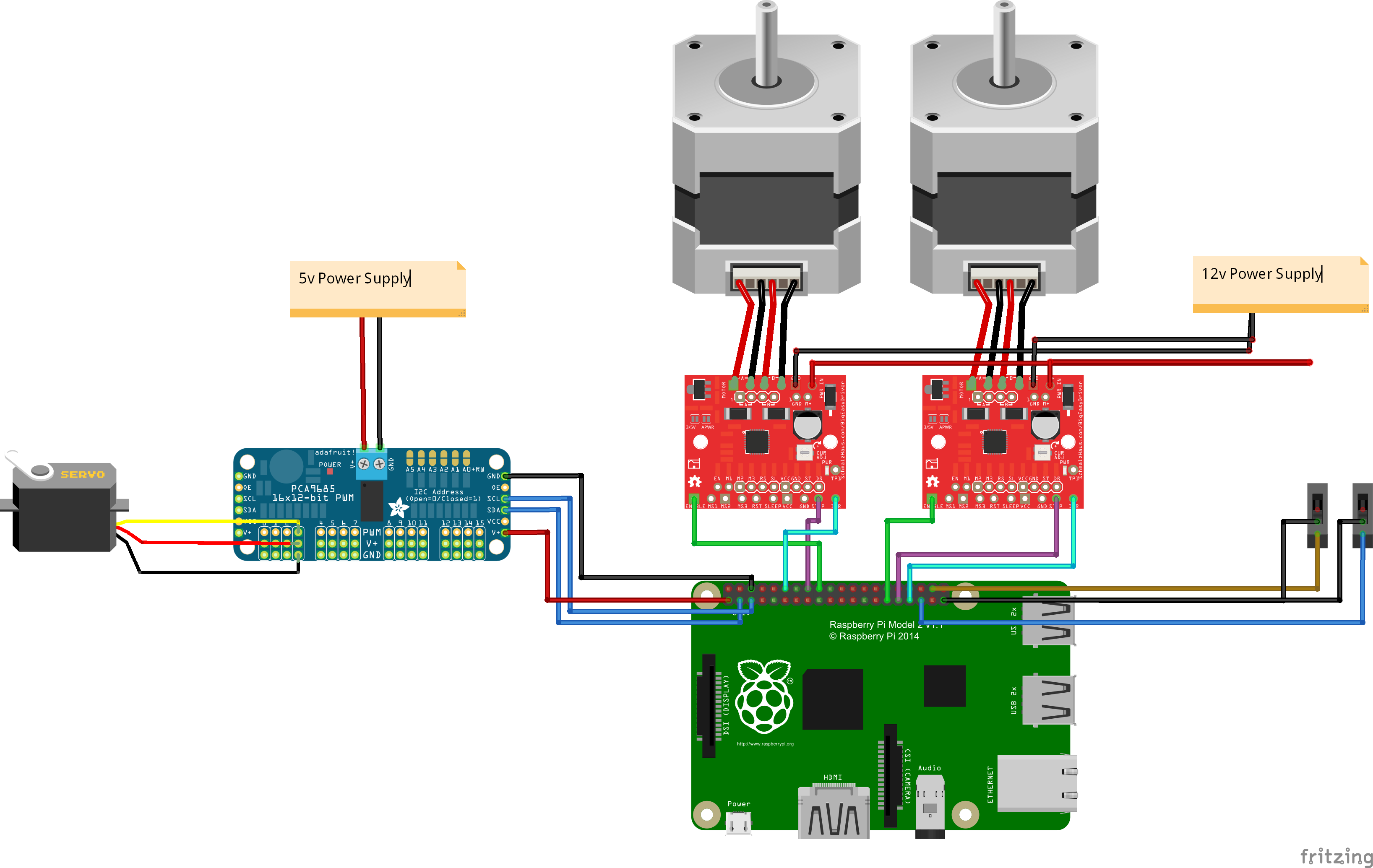 38 projects • 2455 followers
We want to transform lives by connecting people, processes and objects. Build what matters most to you. Create the Internet of Your Things.
ContactContact

7 projects • 51 followers
Been hacking at thing since I was a kid. Love Lego, arcade games, robots, SciFi and books. Too many things going on and not enough time.
ContactContact
Thanks to Windows IoT and David Shoemaker.