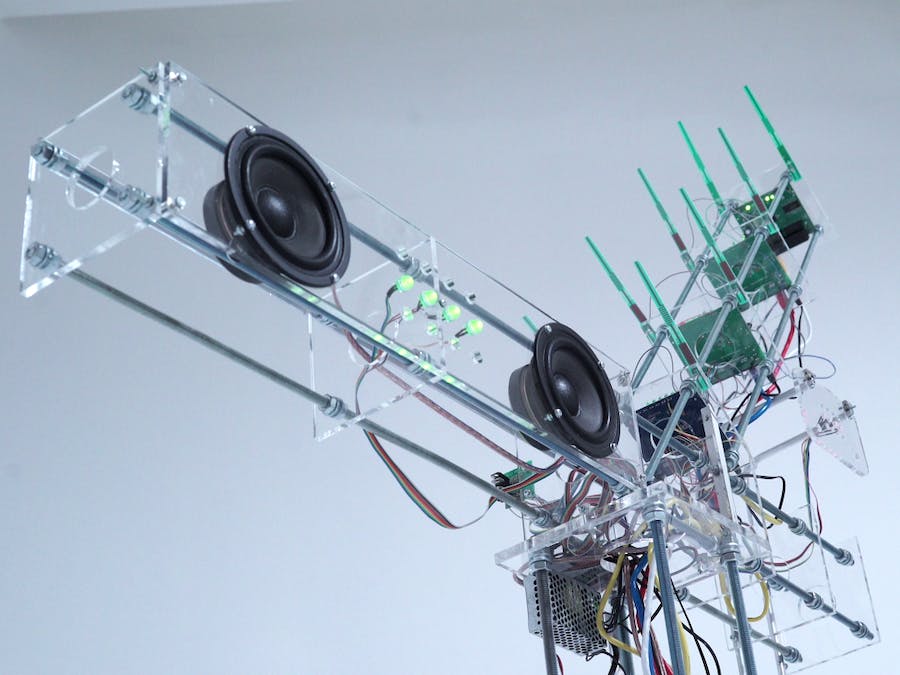 Ever since I was a child, I have adored the display of information through light-emitting diodes, green ones especially. And above all in telecommunications systems. For many years I would observe with wonder the behaviour of LEDs in network devices. One day my Wi-Fi router, which stands out due to the particularly active display of data packet transmission, led me to come up with the idea of transforming this flashing flow into something different, furthermore by the most primitive possible method of implementing it directly in the router’s hardware. I started selecting Wi-Fi routers with the most interesting data transmission interpretation algorithm, which would react rapidly and sensitively and display all developments on the network.

And this is how the Mayak [Lighthouse] project appeared - an interactive sound installation consisting of four modems connected to four Wi-Fi routers. The LED responsible for the display of the Wi-Fi-based data packet transmission from each of the routers is physically connected (by wire) to an Arduino board. Arduino formats and analyses the "flashing", issuing orders to the synthesizer generating sounds. To all intents and purposes, the installation represents four open Wi-Fi Internet access points. By connecting to these points, visitors to the exhibition influence directly, through their network activity, a rhythmic sound generation process. When they check their e-mails or Instagram, send a notice by messenger, or simply load webpages, the user instantly receives feedback in the form of a change in the activity of the installation. As the routers I use have very rapid-response LEDs, I decided to focus on programming the “shortest” possible percussion sounds, forming a polyrhythmic structure for four voices. As a result, you end up with a kind of “voice of the Internet” – an orchestra of mad routers composing machine-based network techno. 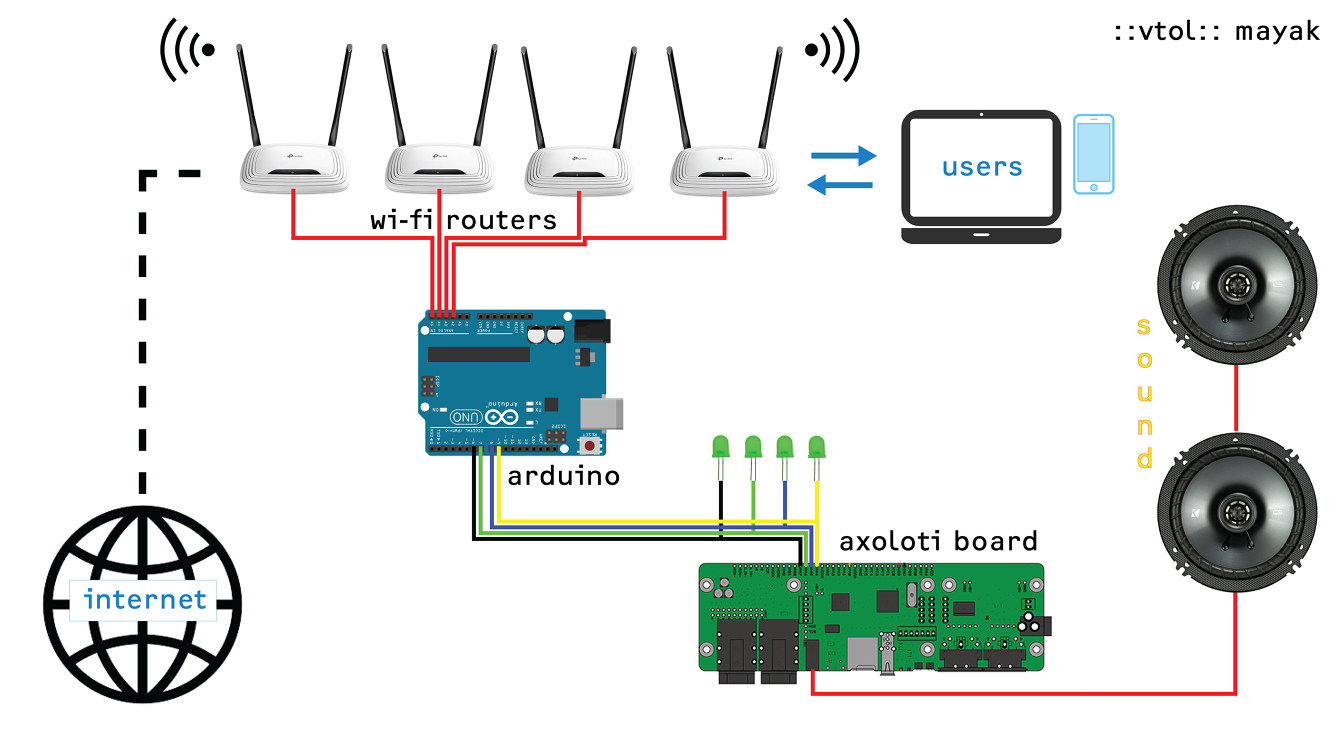