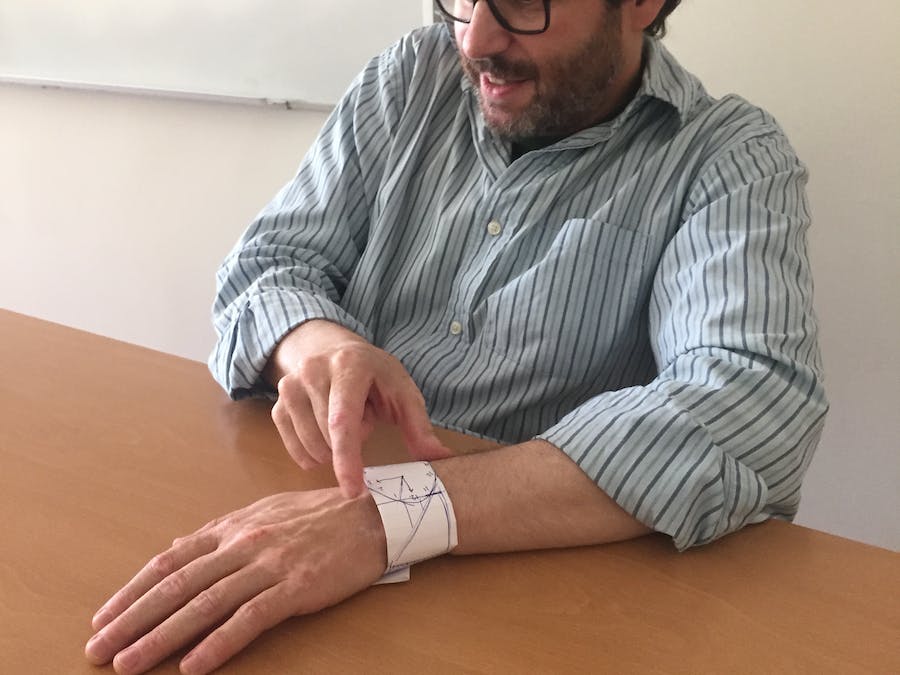 I interviewed my middle-aged Portuguese Migration professor. I thought that it would be beneficial to interview him since as a professor and active researcher, he often has a lot of daily tasks to perform (phone calls, replying to emails, writing papers, etc.). For him, the most common daily tasks he performs using his smartphone is communication in forms of calls and texts as well as searching for information on the Internet. My professor has had an average amount of interaction with mobile phone, though his current phone is his first smartphone so he does get a bit confused at times. He usually keeps his phone in his pocket. The last time he did not have his phone readily available was when he wanted to email a colleague. According to him, emailing on a wrist worn interface touchscreen would be an interesting experience. On one hand, it would be difficult to compose the email on such a small screen if there was access to a full keyboard. My professor finds typing on a full keyboard, such as on a laptop, is much easier than typing on a small phone and especially watch keyboard. On the other hand, if he had to orally compose his email instead of typing it, it would be faster and more hands-free, but also less private as everyone around him would be able to hear the contents of his email. Overall, the experience would depend on through what medium he could compose his email.

Later I interviewed a mid-twenty year old friend from Lisbon. She graduated a few years ago and now works at a startup incubator in the city. For her, the most common daily tasks performed would be texting her friends and colleagues alike. She usually keeps her phone in her purse or her backpack and has had a large experience using mobile devices. For this reason, the last time she did not have her phone readily available was when she had felt her phone vibrate and could not read nor reply to the text received because it was in her purse. Imagining that she was using a wrist worn interface touchscreen, she feels as though it would be easier to read the text since it will show up on her screen, but replying would be more difficult. This is because, like my professor mentioned before, the screen is too small to type on and speaking into the device seems odd to her.

Here are some ideas I thought of after interviewing them.

1) Text/email app that does not use text to speech

4) Text to speech that takes in quieter noises

5) Keyboard app the has larger letters, but would need to slide in order to get to other keys

6) Keyboard that responds to swipe typing

12) Texting app that does not use text to speech

Text to speech that takes in quieter noises is my favorite.

Why I like this idea the best: It’s simply an enhancement to the features already provided. It does not require a whole new design.

I made a prototype that appears mostly like a normal watch since both users seem to enjoy the normal watch look. The extra drawn part at the top is the watch listening for speech.

I then tried my prototype out with my professor.

List of insights that could inform a future revision of my design: Be sure to test whether features provided to enhancement usability are actually doing what they are intended to do. I would also make sure that my users are 100% comfortable with using the product (i.e. not feeling uncomfortable that their neighbors can hear their personal messages).